Breaking
How To Get Your Startup Business Off The...
How To Create A COVID Safe Construction Site
How to Make a Good First Impression at...
3 Marketing Mistakes Holding You Back From Hitting...
Is The Matter In Our Universe Fundamentally Stable...
Majority Support Covid-19 Price Controls Says New Brookings...
Reimagined Pan-Mass Challenge Approaches $41M 2020 Fundraising Goal
Is Bitcoin Poised To Bounce Back After Its...
These ‘Temporary’ COVID-19 Changes Will Become Permanent
How Will Our Mental Health Be Affected By...
Selling A Business During A Pandemic: When Talented...
Top 10 Digital Transformation Trends For 2021
Two Veteran Entrepreneurs Aspire To Clean Up America’s...
PPP Forgiveness Applications Are Opening Up. Should You...
Best Domain Registrar
Free Tech For Black Founders Initiative Saves Startup...
FinCEN Files Scandal Is Unlikely To Change Anti-Money...
GDP Vs. GNH: Rethinking What A Healthy Economy...
Global Consumer Sentiment Barely Inches Up As Coronavirus...
Home Business Behind The Curtain—Chapter 11 From The Inside—Chapter 4—First Day Motions
BusinessEntrepreneurshipStart Ups 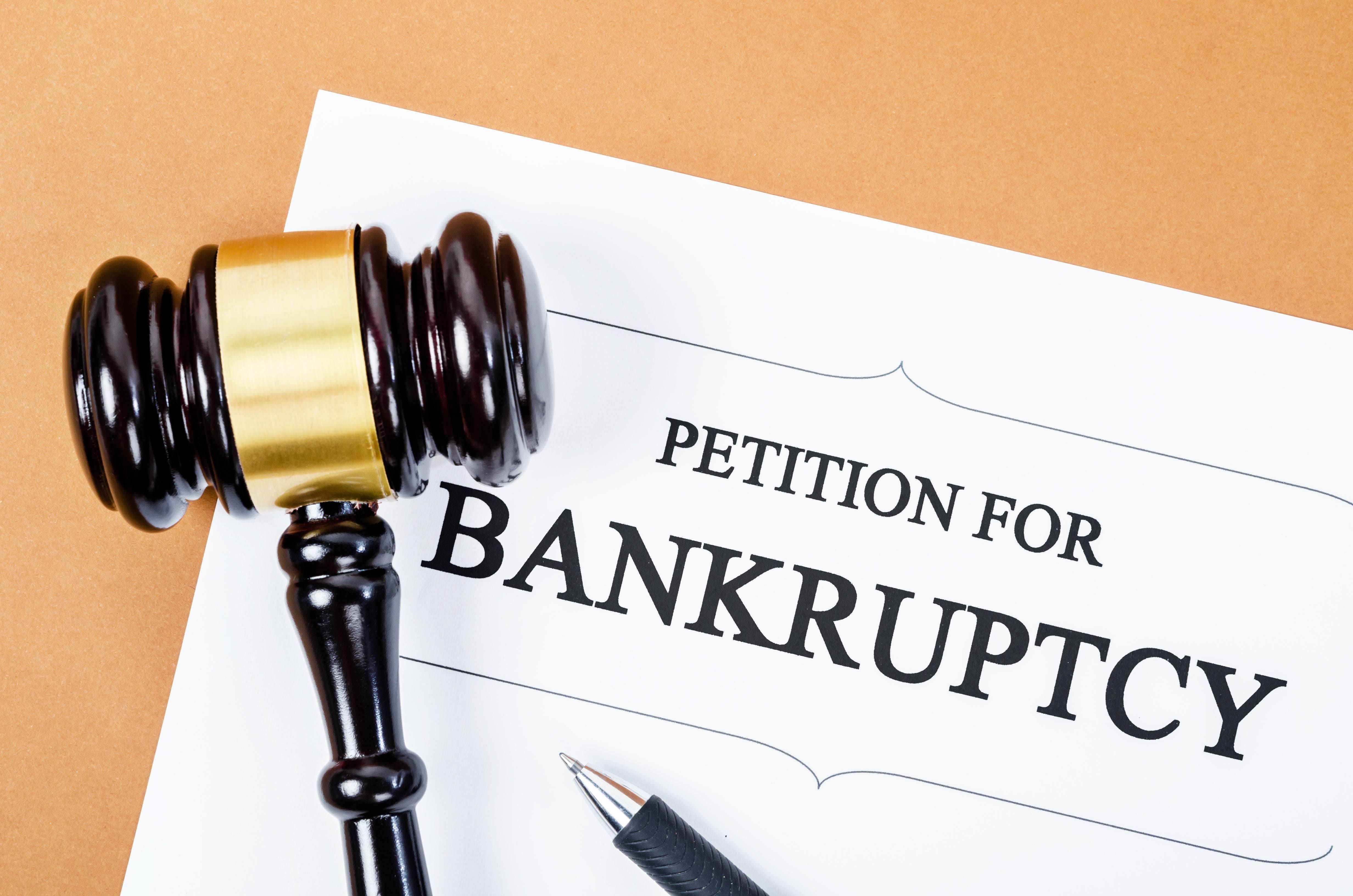 Earlier chapters of Behind The Curtain can be found with the following links:

Brett has now met with his attorney, Jeff, and has decided that a chapter 11 makes sense. While technically, the case can be started with just filing the petition, the matrix, the corporate resolution, and the 20 largest unsecured creditors, as with most things in life, the more work done ahead of time, the easier things are going forward.

While every case is different, this is the type of information that will be provided to your attorney before the case is filed: estimated number of creditors; an estimate of the value of the assets; an estimate of the amount of all liabilities; names and addresses of all creditors; amounts owed to the 20 largest unsecured creditors; payroll information, including names of employees, taxes, and benefits; and a two week budget of money that will need to be spent. Also, you will need to provide the company’s most recent balance sheet, income statement, cash flow, and federal tax return.

Let’s first look at the required filings and then we will look at what is normally filed at the same time the petition is filed. The Petition is a fill in the blank form. The most important things to know are the type of chapter that is being filed (chapter 7 or 11), whether the company is going to proceed under Subchapter V and the range of creditors, assets, and debts. The corporate resolution is just a statement that the company is authorized to file for bankruptcy. The matrix is a list of the names and addresses of all of your creditors. This needs to be in a specific format, as it is used by the Clerk’s office for mailings that come from the Court. This list does NOT include the amounts that are owed. That comes later when the Schedules are filed. The list of the 20 largest unsecured creditors (called “the top 20”—bankruptcy lawyers are not necessarily known for their creativity) is just that, the unsecured creditors that are owed the most money. This form includes the name and address of the creditor, together with the name and telephone number of the contact person, the nature of the claim, whether it is disputed or contingent and if it is partially secured, the unsecured portion. Even though this is limited to unsecured creditors, you may think that secured creditors, such as the bank, are not included, this is not necessarily true. The bank would be included to the extent part of its claim is unsecured. Not sure what that means? Neither did Brett, as his eyes glazed over when Jeff told him this, so he provided all of the information to Jeff, and, together, they came up with an answer.

Once the petition is filed the company must follow the requirements of bankruptcy law. One of those requirements is that the company cannot pay anything that was owed before the case started. Everything means everything, including any money owed to your employees. Unless you pay your employees daily, there will be some amounts that are owed. So, one of the motions that will be filed is for authorization to pay the employees what they were owed up to the date of the filing. While the motion is very straight forward and is routinely granted, it is important to have it filed as soon as the case is filed. The other thing to know is that, generally, a motion is heard about 30 days after it is filed. Jeff knew that the employees could not wait for 30 days, so when he filed the motion, he asked that it be heard on an expedited basis. An expedited hearing for this is also routinely granted, with the hearing being conducted within the first few days of the filing. Brett needs to be at this hearing. While it is doubtful he will need to testify, he should be there in case the Court (or the US Trustee) has any questions. Questions are generally limited to the total amount being paid to the employees and whether any insider (such as Brett) is being paid. The amount that can be paid in pre-petition wages is limited to $10,000.00 that was incurred within the 6 months before the case was filed.

While the filing prohibits Brettco from paying anything that was owed before the case filed (such as the pre-petition wages), it needs to continue to pay the bills that come due after the petition is filed. Remember in Chapter 2 where we discussed that the bank has a security interest in all of Brettco’s assets, including its accounts receivable? Cash that Brettco had when it filed (as well as cash that comes in after the filing) is known as “cash collateral.” Brettco can only use cash collateral if the bank agrees or there is a Court order. When Jeff spoke with Natalie before the case was filed, once it became apparent that Brettco was going to file, they spoke about coming up with a budget for the first few weeks of the case. Even though the bank has a lien on all of Brettco’s assets, including accounts receivable, that lien is “cut off” when the case is filed. So, theoretically, any receivables created by Brettco after the case starts are not subject to the bank’s security interest. The Bankruptcy Code requires that the bank be “adequately protected” and that its position not be made worse during the case. There are several ways the bank can be protected. Let’s say that the bank is owed $500,000 and the assets in which it has a security interest are worth $750,000. That means that the bank has an “equity cushion” of $250,000. In other words, theoretically, Brettco could use $250,000 of the bank’s assets and the bank would still be in the same position. The other way (and one that occurs in almost every case) is the bank is provided with a “replacement lien” in the money generated post-petition. One of the things that Natalie insisted on before agreeing to the use of cash collateral was that the bank would receive a “replacement lien” on the cash used with new receivables that are generated during the case. Since Natalie has also insisted on the Court entering an Order approving the terms of cash collateral, Jeff has to file a motion to use the cash collateral. Similar to the wage motion, Jeff also asks that it be heard on an expedited basis. The Court will generally schedule the hearing on cash collateral at the same time it schedules the hearing on the wage motion—the first few days of the case. Even though Jeff and Natalie have agreed on both the budget and the “adequate protection,” both the Court and the US Trustee may have questions. Even if there are no questions, since the budget is only for a few weeks, the Court will need to schedule another hearing, within a few weeks, before the budget expires. After the initial hearing, cash collateral generally lasts at least a month, and as long as 3 months. Most of the time, the subsequent hearings are non-events, with an agreed-upon order and budget being submitted to the Court.

What happens if the company doesn’t have as good a lawyer as Jeff and is unable to negotiate an agreed-upon budget and order? Then there is a hearing where the Court will take evidence and make a decision. If Jeff had not been successful in reaching an agreement with Natalie, Brett would need to appear at the hearing and be prepared to testify regarding Brettco, the reason why it had to file, justify the amount it wants to spend and the type of adequate protection is will provide to the bank.

What To Look For In A Nursing Home During The Pandemic

Lessons From The Frontlines: Preparing A Global Vaccine Workforce

Debunking 4 Of The World’s Most Deceptive Branding...

How To Keep Up With Changes In The...

Female Homeownership Is On The Rise, But There’s...

Why Our Approach To Innovation Is The Definition...

Four Tips For Entrepreneurs On Navigating The ‘New...