Breaking
What You And Your RTO Business Need To...
4 SEO Trends for Websites You Should Not...
3 Reasons Why Desk Booking Is Rising In...
8 Tips to Play & Win at Online...
How can software benefit facility management?
Do Professional Casino Players Pay Taxes for the...
Becoming a Trading Expert: What Is the Best...
Dos and Don’ts for B2B Organisations in 2022
Should your business be using Machine Vision?
Colour Masterbatch vs Raw Pigments – Which Is...
Keeping your business moving as you expand online
Top Four Celebrities Who’ve Invested In Cryptocurrency
Why is Cloud Computing Tipped to be the...
How to Raise Money for Non-profit Organizations in...
Choosing the right theme for your WordPress Business...
A Guide to Using Celebrities to Promote Your...
Home Technology Bernie Sanders Promises To Stall Coronavirus Relief Bill If GOP Senators Don’t Drop Objections
Technology 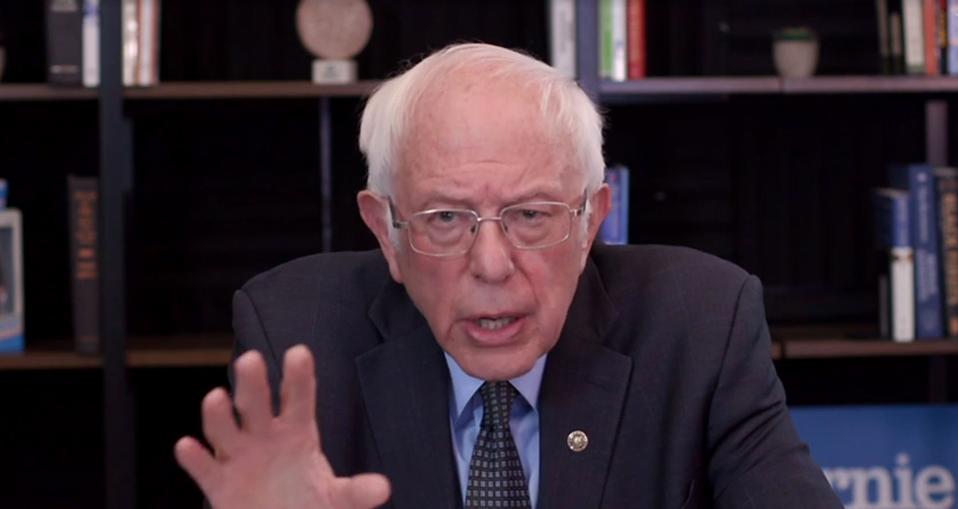 WASHINGTON, DC – MARCH 17: In this screengrab taken from a berniesanders.com webcast, Democratic … [+] presidential candidate Sen. Bernie Sanders (I-VT) talks about his plan to deal with the coronavirus pandemic on March 17, 2020 in Washington, D.C. Businesses are being severely impacted, schools are closing temporarily and large events are being postponed as the COVID-19 virus continues to spread across the country. (Photo by berniesanders.com via Getty Images)

Topline: In reaction to three GOP senators objecting to unemployment pay in the coronavirus stimulus bill, Senator Bernie Sanders, D-Vt., announced he was prepared to “put a hold” on the legislation to force stronger restrictions on the $500 billion intended for distressed businesses.

Key Background: Senate Majority Leader Mitch McConnell said he wanted to vote on the agreed bill Wednesday, but a dispute could delay it for days. If passed, the $2 trillion package would be the largest economic stimulus bill in U.S. history. According to the Washington Post, there are 60,115 confirmed coronavirus cases in the U.S. with 827 deaths.

How To Pivot And Shift Your Offers In Tough Economic Times