Breaking
ESG Metrics: A Path Forward For Companies
‘Moriarty The Patriot’ Makes A Hero Of Holme’s...
Mind The 99 Year Gap: How To More...
The WFH Revolution: How Covid-19 Is Changing The...
eToro Announces Staking For Cardano And Tron
Fintech Startups: Plan For Your Customers’ Emotional Realities
The End Of Third-Party Data — Finally
The Scientologist Billionaire Trying To Make A New...
Mission-Driven Fintech Kontist Shakes Up The Future Of...
What Can The Simple Fact That ‘We Exist’...
Stock Market: Here Comes October With Scary Tricks...
Farmers, College Students, And Food Banks Across The...
Thinking Of Writing A Book To Grow Your...
Microsoft Security Report Highlights New Sophisticated Threats From...
3 Steps To Help You Build Entrepreneurial Confidence
SMB Fintech Darling Kabbage To Be Acquired By...
Home Technology ‘Better Call Saul’ Just Had Its Highest Rated Episode Ever, Up There With ‘Breaking Bad’ Classics
Technology

‘Better Call Saul’ Just Had Its Highest Rated Episode Ever, Up There With ‘Breaking Bad’ Classics 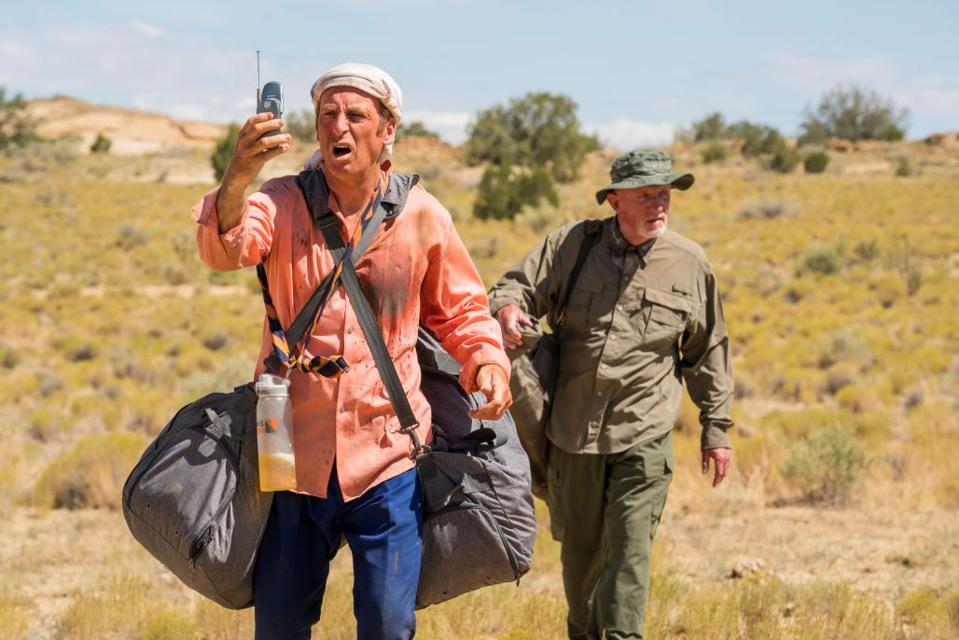 What first sounded like an ill-conceived spin-off has blossomed into a show that some might argue is actually surpassing aspects of the original. I’m talking about Breaking Bad prequel Better Call Saul, which has been great pretty much since moment one, but like Breaking Bad, only seems to be getting better and better in time.

After years (years!) of a relatively slow burn, we finally had Saul Goodman dive headfirst into the deep end with this Sunday’s episode, Bagman. I won’t spoil it for you, but it has firefights, desert treks and is probably the most “Breaking Bad-like” episode of the series to date. It puts two central characters in mortal danger (Saul and Mike) even though we know for 100% certain they’ll survive, given that this is a prequel. But it works anyway.

The end result? Bagman is the highest rated episode of Better Call Saul according to IMDB. It currently has a 9.8/10 which it got the night of airing, and I have not seen it dip since, which is unusual. The next closest episode is season 3’s Chicanery, where Saul sets up his brother to look crazy in court (that was a stellar episode).

But Bagman’s 9.8 puts it in hallowed ground. Only four Breaking Bad episodes have a 9.8 or higher. There’s To’hajiilee (9.8), Face Off (9.8), Felina (9.9) and the immortal Ozymandias with a perfect 10, the only episode of any show rated that high on IMDB. 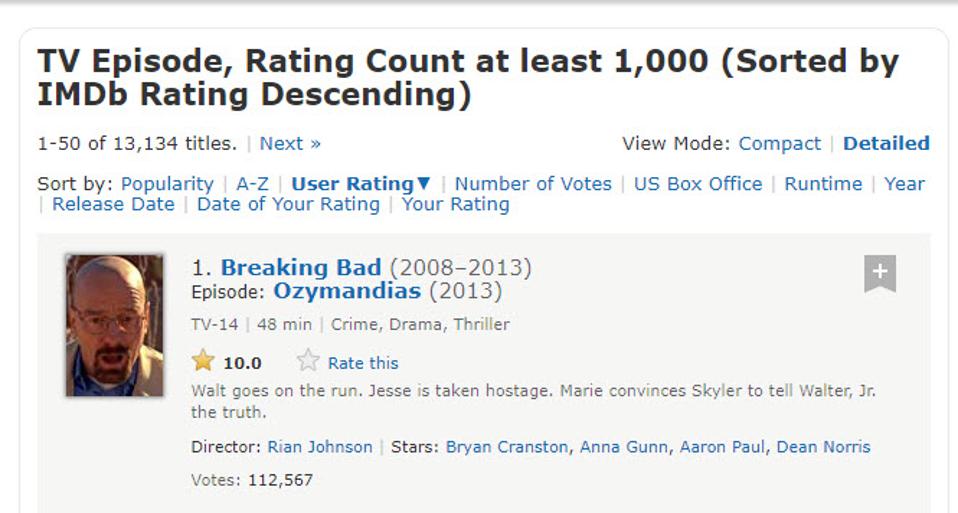 The 9.8 also puts Bagman in the top 25 episodes of all of IMDB, joining other shows besides Breaking Bad like Chernobyl, Mr. Robot, Game of Thrones, Hannibal, Person of Interest, Six Feet Under and Barry.

We don’t know the endgame for Better Call Saul yet, though there’s only one more year in the works after this. We keep seeing flashes of post-Breaking Bad Saul (though not many this season) and while we know that certain characters must survive (Mike and Saul) one persistent question throughout the series has been…what happens to Kim?

Kim is a huge part of Better Call Saul (and Rhea Seehorn’s performance is phenomenal), yet we all know that this is a character that is never seen in Breaking Bad, and never even mentioned. The running theory has always been that Saul’s antics get her killed, and we seem to be closer to that than ever after the events of Bagman. As Mike says, Kim is now “in the game” after Saul told her that he’s working with the cartel. And then when Saul goes missing, Kim is forced to confront Lalo Salamanca directly, and now she’s on his radar. Not good.

We did not get a final resolution for the events of Bagman, so there’s more to come next Sunday. There are two episodes left in this season, and then one more season to wrap things up. And if it’s anything like Breaking Bad’s last season, expect more all-time great episodes like Bagman still to come.

BTS’s ‘Love Yourself: Answer’ Is Now The Second-Longest-Charting Korean Album On The World Ranking