Breaking
Mayo Clinic And Kaiser Permanente Invest $100 Million...
MozCon Virtual 2021 Interview Series: Wil Reynolds
Commodity Spikes May Be Close To Peaking, Futures...
Benefits of Responsive Web Design
ESBC Major Updates: Tons Of Heavyweight Greats Added...
5 On-Demand Courses To Help Develop Your Leadership...
How to Run Nonprofit Marketing Ads
Entrepreneurs Are Bringing Transparency To Home Buying And...
Best Incentive To Get Vaccinated: Money, Messaging, Or...
Page Level Query Analysis at Scale with Google...
How A CIO Can Align IT With Business...
Blogger of the Month: Jo, Girl Eats World
6 Things Women In Business Know That Men...
How to Use First-Party Data for Ad Personalization
Pressing Reset—Putting A Fallen Unicorn Back On Its...
How We Went Viral: Promoting Content with Influencers,...
Home Business Beyoncé’s ‘Lion King’ Songs Roar On The R&B Charts Following The Release Of ‘Black Is King’
Business 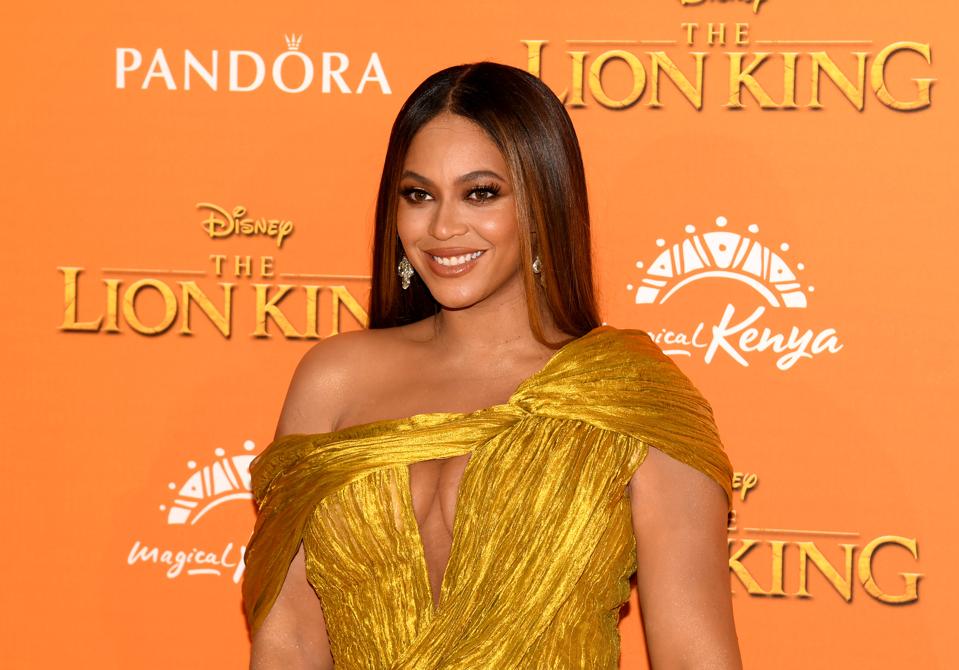 Beyoncé never waits too long in between projects, and while she may not have a new album out, fans are flocking to an updated version of a 2019 release thanks to the Queen’s latest visual masterpiece…and that has led to her dominating a number of Billboard charts yet again.

This week, many of the tracks featured on the singer-songwriter’s The Lion King: The Gift album either rise or return entirely (or even debut) on over half a dozen of Billboard’s rankings. They perform best on the R&B-only lists, where she has established herself as a force to be reckoned with.

Here is a look at how the tunes featured on the deluxe edition of The Lion King: The Gift perform this week on the R&B rankings.

As Megan Thee Stallion and Bey’s “Savage,” which isn’t connected to The Lion King: The Gift at all, dips to No. 6, Beyoncé’s own “Black Parade” re-enters the R&B/Hip-Hop Songs race at No. 47. The track was originally released as a standalone cut earlier this year, but now it’s been included in the deluxe edition of the singer-songwriter’s latest full-length.

When it comes to R&B and hip-hop radio play, “Black Parade” lifts once again, stepping up to a new peak of No. 19 this frame from No. 20.

MORE FROM FORBES3 Ways Beyoncé Made History On The Hot 100 With Her New No. 1 HitBy Hugh McIntyre

Beyoncé appears in four of the 25 rungs on the R&B/Hip-Hop Digital Song Sales ranking this week, and three of those bestsellers are featured on The Lion King: The Gift. “Already” with Shatta Wale and Major Lazer debuts at No. 9, giving the Queen her twenty-fifth top 10 smash on the tally. Further down the list come “Find Your Way Back” at No. 21 and “Brown Skin Girl” with Saint Jhn, Wizkid and Blue Ivy Carter at No. 25.

Ahead of all of those tracks connected to the film is “Savage” with Stallion, which lands at No. 4.

Only one track from the new, longer version of The Lion King: The Gift appears on the R&B Songs chart this week. “Black Parade,” now included on that release, vaults into the top five, settling at No. 5 after landing at No. 9 last time around.

Beyoncé controls one-third of all the spots on the R&B Digital Song Sales chart this week with tracks from The Lion King: The Gift, with four returning to the tally. Up first among the five winning cuts is “Already” with Shatta Wale and Major Lazer, which reappears at a new high point of No. 3. Also inside the top 10 this frame are “Find Your Way Back” (No. 7), “Brown Skin Girl” with Saint Jhn, Wizkid and Blue Ivy Carter (No. 9) and “Black Parade,” which advances to the highest tier for the first time. Only “Mood 4 Eva,” which credits Jay-Z, Childish Gambino and Oumou Sangaré as featured acts, misses out on the top 10, as it comes in at No. 12.

MORE FROM FORBESBeyoncé, Lady Gaga, Nicki Minaj And Ariana Grande Have Made 2020 The Year Of The All-Female CollaborationBy Hugh McIntyre

The more “grown-up” ranking features just one Beyoncé single this frame, as “Black Parade” marches to a new best showing of No. 15 from No. 19, where it placed last week.

Both Bey smashes, “Savage” with Stallion and her solo cut “Black Parade,” are steady this time around on the Mainstream R&B/Hip-Hop chart. The tunes repeat at Nos. 19 and 22, respectively.

Only one track from The Lion King: The Gift reaches the all-genre Digital Song Sales chart this week (which isn’t an R&B-specific list, but which does feature quite a few tracks that fit under that label), and it barely makes it to the tally at all. “Already,” which fans have chosen as the new favorite from the re-release, debuts at No. 50 on the 50-spot roster. The tune is Bey’s fifty-fifth to place.