Breaking
Zooming In – Should SMEs Invest In The...
iOS 14: The Surprising Security Risk Of Sharing...
How A Break From Lord Sugar Changed The...
Sunday’s Google Doodle Is Actually About Google
Office Of The Comptroller Of The Currency Chief...
Source Code For Multiple Windows Operating Systems Publicly...
Why Forgettable Pfizer Really Is A Great Value...
Hot For The Holidays? Amazon Home Drone, Kid...
Best Small Business Loans
The FAAMG Stocks Drive The Markets
Channel Arbitrage And Other Ways Fintech Is Disrupting...
Mall Of America Extends A Hand Of Unity...
Surprise Samsung Galaxy S20 FE Beats Google Pixel...
After Apple And Tesla, Berkshire And Amazon Should...
Is It Wrong To Be Rich In Poor...
‘C&C’ Is 25: How ‘Command & Conquer’ Revolutionized...
Home Finance Beyond Commitment: Improving Black Leadership In Corporate America
Finance 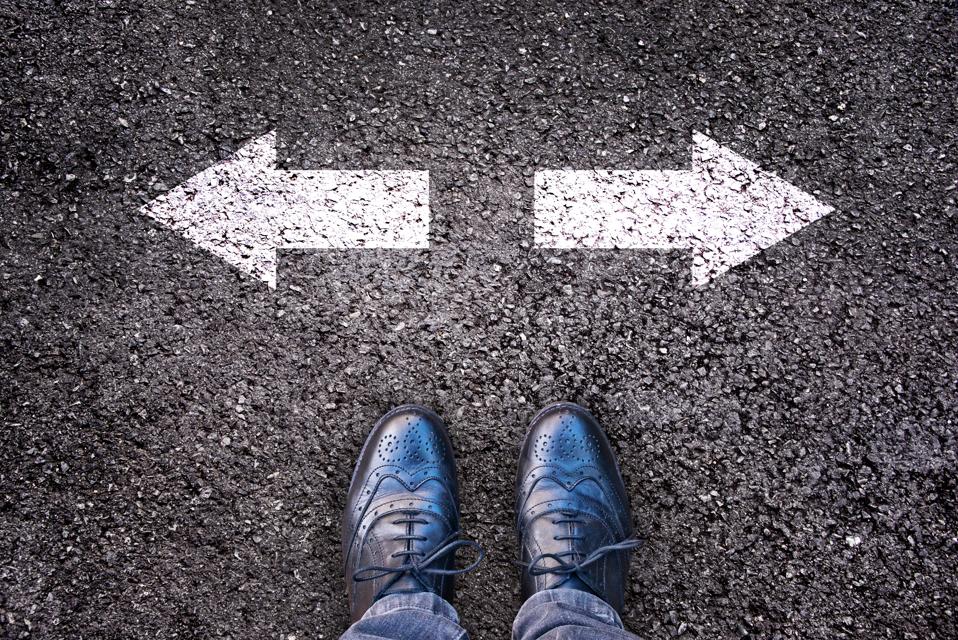 Feet and two arrows painted on an alphalt road

America has a long history of racial inequality and injustice. But as the old saying goes, “actions speak louder than words.” This week, we seem to finally be at an inflection point when the status quo is no longer acceptable. Our country is questioning long-held beliefs (both conscious and unconscious) about the lives and treatment of the Black community.

There is much that can be done, and hopefully the collective efforts of many will lead to change. Within the corporate world, discussions and debates about diversity have been ongoing for some time. In many cases, this has manifested itself through varied diversity initiatives and a Chief Diversity Officer or Chief Inclusion Officer. Though these are noble initiatives, their mere existence suggests a work in progress. The ultimate aspiration should be that diversity and inclusion is woven into the fabric of the culture. Until then, true commitment to diversity must begin at the very top of the organization: in the boardroom. Without such leadership buy-in, diversity initiatives are not optimized.

As it pertains specifically to Blacks and African Americans, let us look at some facts. According to Black Enterprise, 37% of the S&P 500 did not have a single black board member in 2019. In 2018, in Fortune 100 companies, there were 136 African American board members representing 11.1% of directors. For the Fortune 500, this number drops to 8.6%. Beyond the largest 500 companies, the numbers are significantly lower still as larger and more high-profile companies usually adopt best practices first.

Statements against racial injustice, such as those made by corporations and their leaders this week, are certainly a necessary start. But we should be challenging corporations and ourselves to change the composition of boards to fully represent the demographics of the country we are in. This is, of course, true for boardrooms and should extend itself to the c-suite as well since it serves as the “feeder system” for boardrooms.

For this to work properly, there are several fundamental building blocks:

1-Boards must appreciate that not all directors need be CEOs or former CEOs. Currently in the Fortune 500 there are four Black CEOs and they all have at least one outside board already. The best boards have operators and finance executives, but they also have those with technology expertise, digital, international and a whole host of very valuable experience that qualifies them to assume a director role. If we look outside the corner office, we will find a slew of highly qualified executives who also happen to be Black.

2-When recruiting a new Director, boards should adopt the Rooney Rule. This practice, which began in the NFL, stresses that at least one minority be interviewed for each open position. Ultimately, it must be the best qualified individual who gets the role, but what is best qualified needs some revision as stated above. Additionally, decision makers in the board room must be exposed to diverse candidates to be able to recruit them. Sometimes, it is as simple as this.

3-As a society and business community we must also address the pipeline of board directors. We must look at early stages of one’s career and understand roadblocks to the c-suite. Until obstacles to the top are removed, true equality will not be achieved.

Proclamations about racial inequality and injustice are only the beginning. This must be followed by consistent efforts and actions that are measurable and demonstrable. Corporations that advocate for equality and justice should at the very least have a boardroom that demonstrates this.

The theme must be steady and goes much beyond a statement in response to a tragedy. And, the efforts should not stop with Blacks and African Americans, the most effective boards are composed of people with varied backgrounds, experiences, genders, and ethnicities.

“A fish rots from the head” and it is incumbent on boards to continue to diversify themselves. It should not take the current level of outrage to make changes that have already been demonstrated to be beneficial for businesses.