Breaking
‘Game & Watch: The Legend Of Zelda’ Will...
How to Get Results from Broken Link Building
Florida Supreme Court Tells The American Bar Association...
How to Write Perfect Paid Social Media Marketing...
How Restaurants Can Design a More Sustainable Food...
Expenses That Small Business Owners Need to Be...
How You Can Make Saying Goodbye To The...
Biden To Meet Royal Family At Cornwall’s Eden...
It’s Going To Be Emotional — Going International...
Peer Mentoring For Students: STEM & Buds
7 PR Trends in 2021: The Story So...
Google Plans Radical New Google Pixel Smartphone Upgrade
Where Did COVID Come From?
Ride To Growth With A Business Vehicle
C3.ai’s Tom Siebel: How To Scale AI
Moz Acquired by iContact Marketing Corp
Home Business Bicycling Boosts Plus Other Bread And Circuses Likely From Boris Johnson
Business

Bicycling Boosts Plus Other Bread And Circuses Likely From Boris Johnson 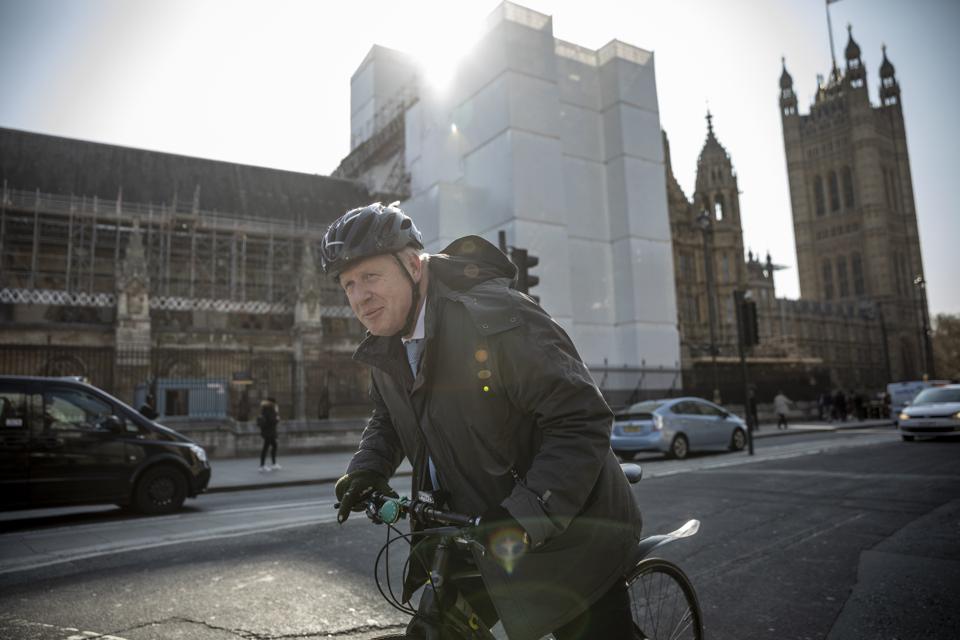 Boris Johnson’s victory in the U.K. general election could potentially lead to an almighty shaking of the “magic money-tree” to quieten critics. With an all-powerful majority of 80 MP’s in the House of Commons, and a fixed five-year administration, Johnson will be able to push through measures that other U.K. politicians have been unable or unminded to do, including, it is thought, boosting pet projects, such as bicycling.

Johnson is very much minded to make his mark, especially now that he has a surprising and unassailable majority in parliament. He is an everyday transportation cyclist who, in 2007, joked that, after the theft of his bicycle, he would introduce “Sharia law for bicycle thieves.”

Like David Cameron, the previous bicycling prime minister, it is likely Johnson will have his wings clipped by officials, and he will be ferried around in armored cars rather than be allowed to cycle on London’s streets. However, he has an abiding interest in cycling, an interest cycling organizations are hoping to exploit.

On Friday 13, Cycling UK CEO Paul Tuohy called on Johnson to reverse the meagre funding pledges made in the Conservative party’s pre-election manifesto. This threadbare document, kept deliberately sparse, and with promises only for the first year of the administration, pledged to spend just £70 million a year on cycle-specific infrastructure in England, an effective quartering of the bicycling budget.

“The Conservative manifesto commitment would see the current £7 per head current being spent on walking and cycling in England, outside of London to just £1.55 per head,” complained Tuohy.

“From next April there is absolutely zero money earmarked for local authorities for cycling and walking infrastructure,” he added.

“This would be an abject failure by this incoming government to address the climate, air pollution, congestion and inactivity-related health crises the country is now facing.”

Tuohy is to write to Johnson demanding an urgent re-evaluation of his party’s spending pledge for cycling.

This would likely land on the desk of former journalist Andrew Gilligan who was appointed as Johnson’s transport advisor earlier this year.

Gilligan was cycling commissioner when Johnson was Mayor of London, and it was Gilligan, not Johnson, who was most responsible for pushing through London’s protected cycleway program. 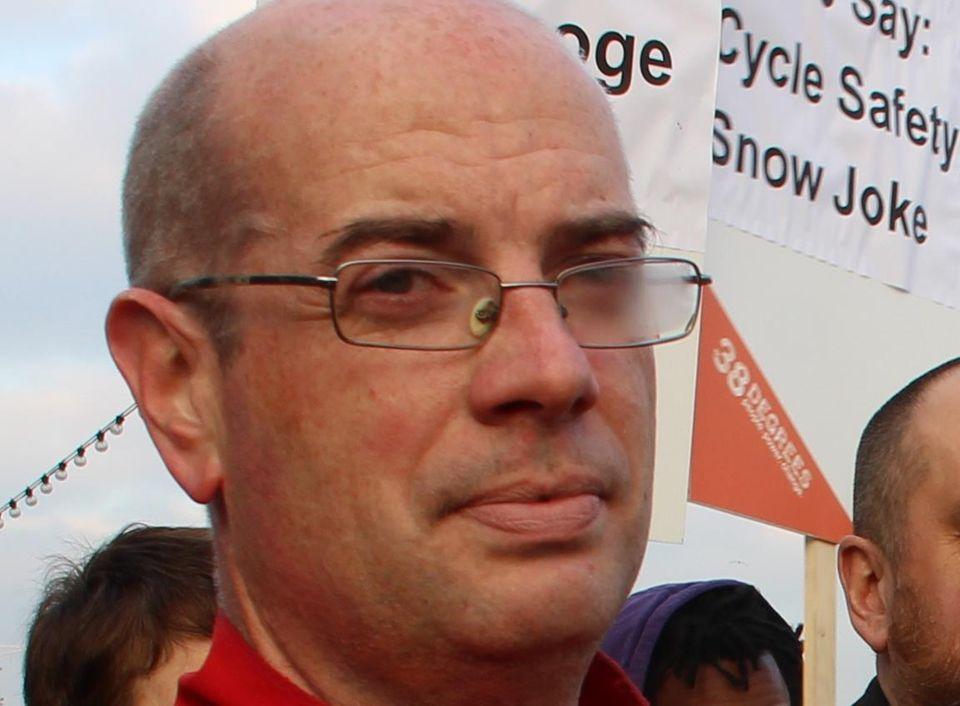 When Gilligan was “cycling czar” from 2013 to 2016 London built its curb-protected “cycle superhighways,” which have since been renamed as “cycleways.”

Gilligan has strong views on cycling, and on the ills of mass motorization. Last year he told Cyclist magazine that the “vast majority of road space is given to the least efficient users of it.”

He added: “[Cyclists] don’t emit any pollution; they don’t create much congestion if any and they’re not a safety risk.”

His was the most radically pro-cycling voice inside 10 Downing Street since the entrance of, well, Johnson himself.

Gilligan told Cyclist last year: “I don’t believe that the answer to London’s transport problems is a vast slew of new railways or transport links. I think the answer is cycling actually.”

In 2018 Gilligan wrote a report for the National Infrastructure Commission on the potential for cycling in Oxford, Cambridge and Milton Keynes. Running Out of Road recommended the roll-out of many miles of protected cycleways to encourage cycling. 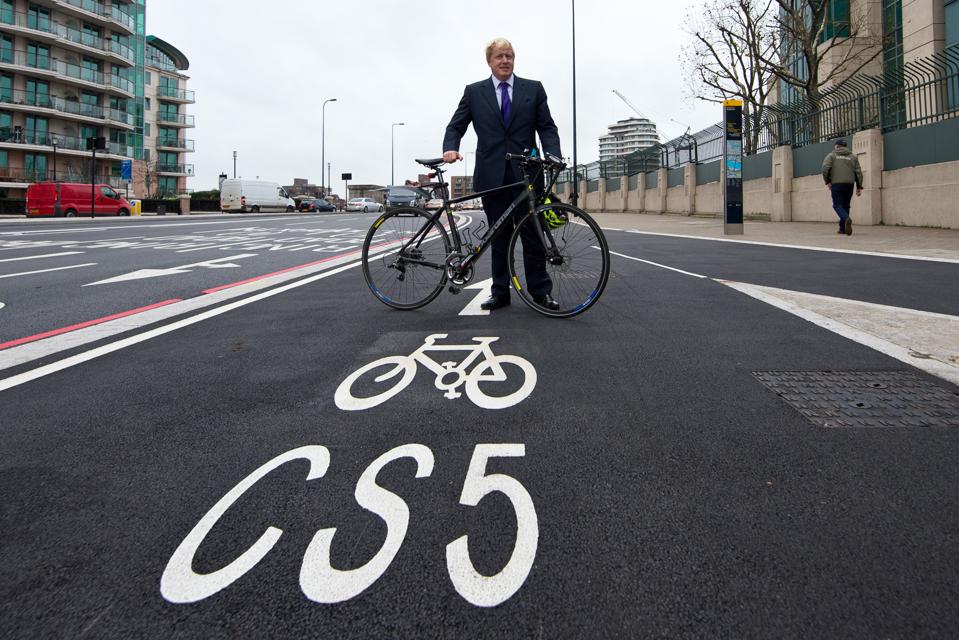 Boris Johnson posing at the launch of London’s first cycle superhighway on November 19, 2015. At the … [+] time, Johnson was the elected Mayor of London. (Photo by Ben Pruchnie/Getty Images)

Appointing Gilligan as a transport advisor was a bold move back then by the prime minister, and now that Johnson has almost unfettered powers at the head of the so-called “People’s Parliament, he will be able to push ahead on many projects, some of them pet ones.

Johnson has long had grandiose plans for new infrastructure, including a fanciful bridge from Scotland to Northern Ireland, and an Estuary airport near London, and his love of bicycling may extend to the roll-out of a national plan for cycling.

It’s entirely possible that Gilligan and Johnson may even steal some ideas from the defeated official opposition. The Labour Party had ambitious plans for national infrastructure, including the roll-out of free wireless broadband, but it also pledged to spend £7 billion on active transport, including bicycling and walking.

Labour’s plans would have constructed 3,100 miles of protected cycleways in English cities to make cycling an “option for the many, not just the bold and fearless,” said Labour leader Jeremy Corbyn.

Gilligan has been quiet since being appointed in July, and it’s a reasonably safe bet that he has been working on radical transport plans, including improving cycling and walking conditions. That was his remit when Johnson hired him for London, and it would be a waste of his talents, vision and singlemindedness if Gilligan wasn’t unleashed at some point, probably in Spring 2020.

In the meantime, despite the central campaign pledge to “Get Brexit Done,” the U.K.’s exit from the European Union will continue to take up almost the whole bandwidth of government for some months, even after the official departure date of January 31. A Spending Review is expected to be released sometime soon afterwards, and insiders say this will contain bold monetary pledges not mentioned in the manifesto. 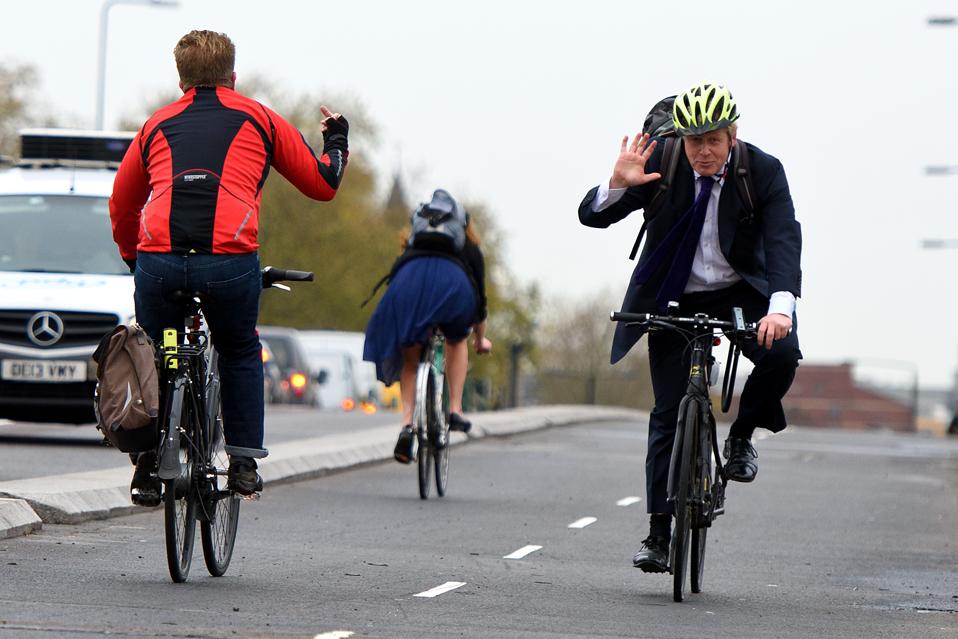 As this gesture from the cyclist shows, Johnson is not universally popular. (Photo by Ben … [+] Pruchnie/Getty Images)

Johnson is a populist prime minister, eager to quell any early dissatisfaction with crowd-pleasing offerings of bread and circuses. (Or, as Johnson, who delights in speaking Latin, might put it, “panem et circenses.”)

Previous Tory administrations have started with promises to end the supposed “war on motorists,” and it’s likely a major roadbuilding program will be giving the go-ahead in the Spending Review, but the smart money is also on the rolling out of other infrastructure plans, including for bicycling.

UFC 245 Preview And Predictions: Who Will Win The Kamaru Usman Vs. Colby Covington Grudge Match?

Terrell Suggs Presents An Intriguing Option for Contenders As Playoffs Near