Breaking
Entrepreneurs Are Bringing Transparency To Home Buying And...
Best Incentive To Get Vaccinated: Money, Messaging, Or...
Page Level Query Analysis at Scale with Google...
How A CIO Can Align IT With Business...
Blogger of the Month: Jo, Girl Eats World
6 Things Women In Business Know That Men...
How to Use First-Party Data for Ad Personalization
Pressing Reset—Putting A Fallen Unicorn Back On Its...
How We Went Viral: Promoting Content with Influencers,...
Blame Olympic Record Price Tag For Return To...
Apple iOS 14.5 Release: Should You Upgrade?
How to Come up with Podcast Topics and...
Why Gaming Gear Company Razer Launched A $50...
Technical SEO Implementations to Increase the Impact of...
30 Brilliant Ways to Market Your Eco-Friendly Shopify...
15 Tech Industry Leaders Share Overused (And Misused)...
Home Finance Biden-Sanders Policy Statement Drops Federal Pot Legalization
Finance 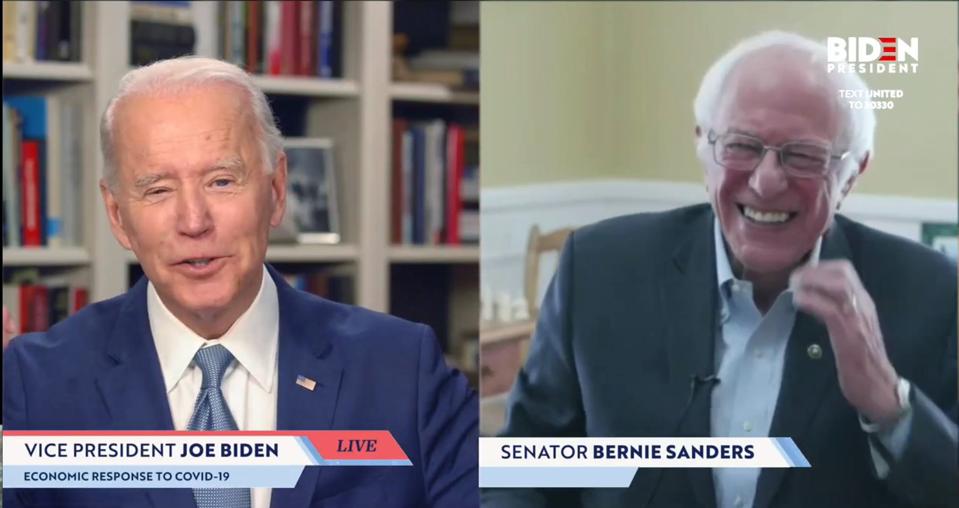 The effort the legalize marijuana nationwide got short shrift from the Biden campaign.

In an effort to unite the moderate and progressive wings of the Democratic Party, presumptive presidential nominee Joe Biden and rival, Sen. Bernie Sanders of Vermont, released policy recommendations from their joint “Unity Task Force” earlier this month.

While not the official Democratic Party platform, the report brings together the candidates’ views on many positions to create a foundation for what the platform should look like at next month’s national convention.

The task force document also said, “The Justice Department should not launch federal prosecutions of conduct that is legal at the state level. All past criminal convictions for cannabis use should be automatically expunged. And rather than involving the criminal justice system, Democrats support increased use of drug courts, harm reduction interventions, and treatment diversion programs for those struggling with substance use disorders.”

Nationwide legalization was pushed off the table despite two-thirds of Americans supporting the policy, according to a survey by the Pew Research Center. The survey said “an overwhelming majority of U.S. adults (91%) say marijuana should be legal either for medical and recreational use (59%) or that it should be legal just for medical use (32%). Fewer than one-in-ten (8%) prefer to keep marijuana illegal in all circumstances.”

Most of the Unity Task Force’s recommendations lean toward Biden’s modedrate positions, rather than progressive policy proposals. The policies not adopted included “Medicare for All” health care coverage, a Green New Deal, ending the department of Immigration and Customs Enforcement (ICE) and the defunding of police departments.

The boldest policy adoption came from the climate task force co-chaired by Rep. Alexandria Ocasio-Cortez (D., N.Y.) and former Secretary of State John Kerry. The new policy is to accelerate the timeline to reach net-carbon emissions.