Breaking
In The Race To Retail Dominance, Customer Service...
Meet Onesimus, The Enslaved Man Who Saved Boston...
How to Build a Sales Forecast Model
The Unexpected Ways COVID-19 Has Forever Changed What...
Google Posts: Conversion Factor — Not Ranking Factor
How To Bring Your Branding To Life
Coinbase Cofounders And Investors Poised To Rake In...
How To Stay Top-of-Mind For Your Audience With...
Employers: Eight Red Flags You May Not Notice...
The benefits of videoing in the automotive industry
Ted Lasso, Other Apple TV+ Shows Arriving Soon...
How To Incorporate Click And Collect Into Your...
What Are Working Capital Loans and When Should...
The 10 Biggest Trends in Entrepreneurship to Look...
Clubhouse Has Grown 10X In Two Months. Here’s...
Here’s Why Tyson Foods Stock Looks Undervalued At...
Home General Biden Will Push Congress To Pass $1.9 Trillion Stimulus: ‘We Have A Moral Obligation’
General

Biden Will Push Congress To Pass $1.9 Trillion Stimulus: ‘We Have A Moral Obligation’ 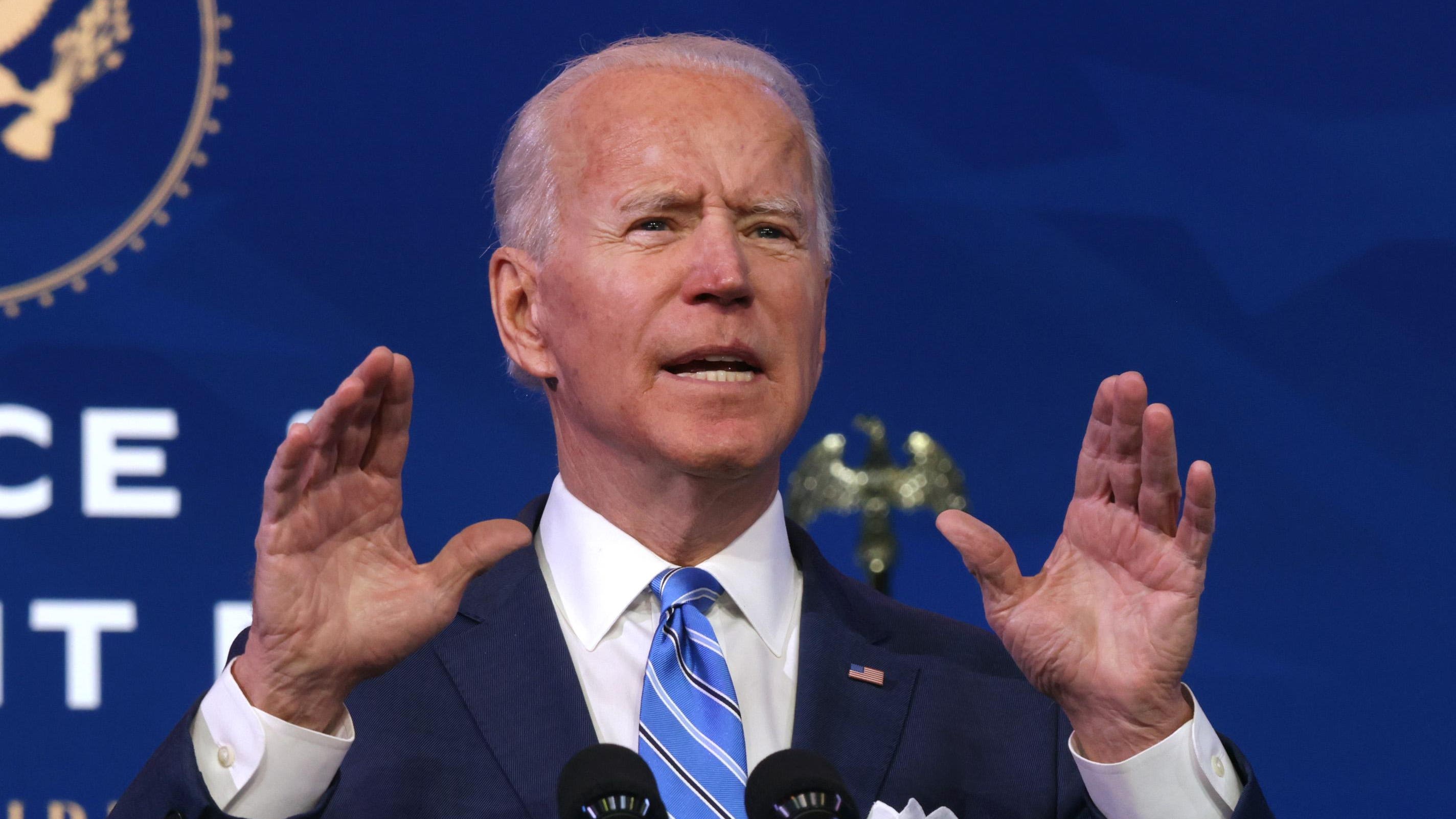 As he unveiled the details of his sweeping $1.9 trillion “American Rescue Plan,” President-elect Joe Biden emphasized the moral imperative for Congress to act immediately to combat the coronavirus, rescue the American economy and close the “growing divide between those few people at the very top, who are doing quite well in this economy, and the rest of America.”

Biden’s proposal is designed to combat twin public health and economic disasters and will set aside $400 billion to address the pandemic, including $20 billion for a national vaccination program, $50 billion for expanded testing, and an investment to fund 100,000 public health workers.

It will deliver direct aid to Americans in the form of boosted $2,000 stimulus checks, $400 weekly enhanced federal unemployment insurance and an expanded child tax credit, and provide money for rental relief, childcare and sick leave.

It will set aside $130 billion to help the majority of K-8 schools reopen within Biden’s first 100 days, $350 billion to help state and local governments fill budget shortfalls, and $190 billion for struggling small businesses in the form of loans and grants.

The wide-ranging plan also includes a provision to raise the national minimum wage to $15 per hour, an expansion of the SNAP food assistance program, and money for childcare, along with a host of other provisions.

The $1.9 trillion “rescue” plan is the first part of a two-part initiative, the second part of which Biden plans to lay out in February before a joint session of Congress.

That “recovery” plan will include investments in infrastructure, manufacturing, and clean energy to bolster the economy in the long term, Biden said.

“We cannot afford inaction,” Biden said during prepared remarks on Thursday. “It’s not just that smart fiscal investments, including deficit spending, are more urgent than ever. It’s that the return on these investments in jobs, racial equity, will prevent long term economic damage, and the benefits will far…surpass the cost.”

Congress has already authorized some $3.5 trillion in stimulus spending over the course of five relief bills, including the $900 billion package President Trump signed into law in late December. Meanwhile, the coronavirus crisis in the United States shows no signs of easing up in the short-term despite the authorization of effective vaccines. The rollout of those vaccines has been plagued by delays across the country, and new, more infectious strains of the virus threaten to cause surges that overwhelm hospitals. The Centers for Disease Control and Prevention is predicting that another 92,000 Americans will die from Covid-19 over the next three weeks.

965,000. That’s how many people filed new claims for state unemployment benefits last week. It’s the highest weekly claims total since August and a worrying sign that the ongoing coronavirus pandemic is continuing to weigh on the labor market. “The rise and level of new unemployment claims is shocking,” Bankrate senior economic analyst Mark Hamrick said Thursday. “The depth and duration of this downturn, now 43 weeks long, demand further fiscal response on the part of elected officials in Washington,” he added.

During his prepared remarks on Thursday evening, Biden appeared to address concerns from some lawmakers—most notably Sen. Joe Manchin (D-W.Va.)—that $2,000 stimulus checks are too large and that direct payments must be targeted to those who have lost jobs and income. “Even for those who kept their jobs, these checks are really important,” Biden said. Manchin is a conservative Democrat whose vote will be critical to the bill’s passage. He signaled last week that he might be opposed to the larger checks if they are not more narrowly targeted.

What We Don’t Know

Whether Biden’s ambitious proposal can pass in a deeply partisan Congress. Biden has said his goal is to drum up enough bipartisan support for his plan to pass and overcome a filibuster under the Senate’s normal rules (he’ll need at least ten Republican votes to do that), but the hefty price tag might prompt resistance from many in the GOP. Last year, many Senate Republicans were reluctant to support federal relief legislation larger than about $500 billion—the new boosted stimulus checks alone are projected to cost the federal government $463.8 billion, almost as much as the $500 billion “skinny” plans Senate Majority Leader Mitch McConnell (R-Ky.) touted last year. The new Senate can still pass the bill under special reconciliation budget rules if that GOP buy-in doesn’t materialize in the coming weeks, but because of Democrats’ tight margin of control (the chamber will be split 50-50, with Vice President-elect Kamala Harris casting the deciding vote), Biden will not be able to lose a single Democratic vote without earning a Republican vote to even out the loss.

Schumer On $2,000 Stimulus Checks Amid Trump Impeachment Push: ‘We Will Get That Done’ (Forbes)

Ahead Of Release Of Covid Plan, Biden Team Says It’s Building On Shakier Foundation From Trump Than It Had Imagined (Forbes)

ServiceNow BrandVoice: Buckle Up, Business Leaders—2021 Will Be A Bumpy Ride