Breaking
Renewables And Energy Storage Are Surging In Red...
Bitcoin’s Richest Are Selling, So Why Is The...
Apple’s iPhone 12 Will Cause Serious Problems For...
Rock Royalties – How A European Startup Is...
4 Differences Between Creative and Marketing Agencies
A Meeting Is A Gathering: The Most Common...
IRS Tax Extension To Jan. 15 For California...
Senate GOP Pushes Through Democratic Filibuster To Advance...
How These Successful Entrepreneurs Learned To Adapt And...
Six Ways Tax Rates Go Up For Retirees
How ‘Mario Kart Live: Home Circuit’ Straddles The...
6 Tools To Bring Your Virtual Conferences To...
COVID-19 And The Future Of Aging: Prospects For...
Harman’s New Citation MutiBeam 700 Is A Feature-Packed...
A Startup Raises $11 Million Using Zoom, A...
Is Your Business Stagnant? It Might Be Time...
Home Technology Biden’s Climate Plan Needs To Do Better On “Just Transition” And “Critical Minerals”
Technology 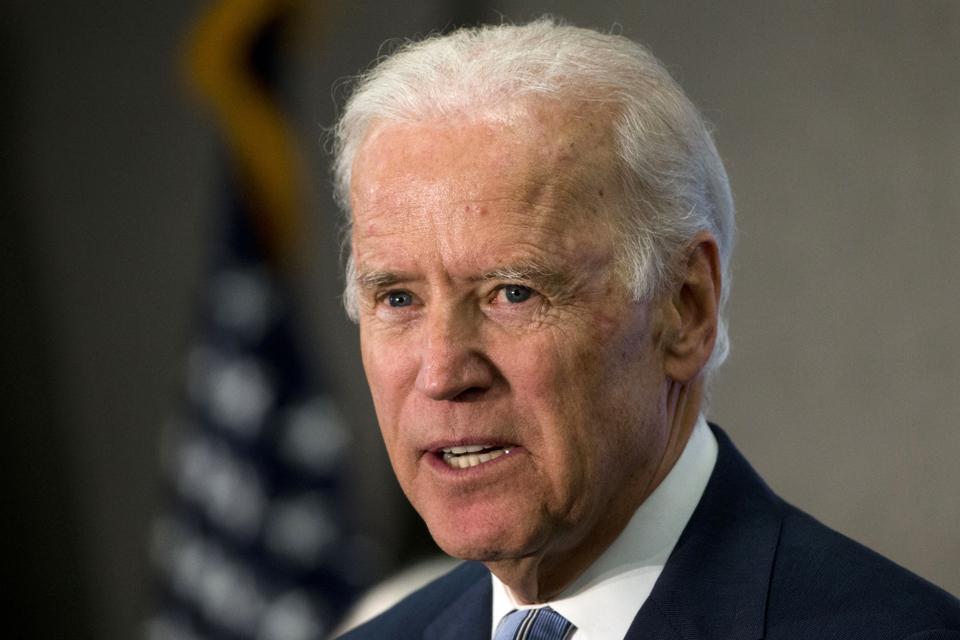 Joe Biden released an ambitious climate plan early this week. Unlike the Green New Deal that covered issues such as healthcare, Biden’s plan focuses on climate issues only. The topline is 100% clean electricity by 2035. This will require a mix of new federal regulations, technical standards, and federal spending to the tune of $2 trillion over 4 years, 2021-2025.

The plan also targets the transportation sector. In addition to half a million charging stations, it would aggressively promote electric cars via rebates and buyback, and electrify the nation’s fleet of 500,000 diesel-burning school buses.

What is Lacking in Biden’s Proposal?

While the plan lacks detail, we are not concerned about that. After all, election-eve plans are not meant to be detailed legislative proposals. They are statements of intent but with a lot of thought from candidates’ policy teams, especially on issues such as budgets.

But Biden’s plan has two major philosophical blindspots which we are concerned about: supporting communities that depend on fossil fuels and ensuring the supply of critical minerals that are important for the renewable sector.

Climate change is a challenging problem because climate policies impose immediate costs on local communities to produce long term benefits for the entire globe. Climate policy can get more political traction if people can see its local benefits. This is where Biden’s plan makes an impressive contribution. Instead of waving “save the earth” flag, the plan highlights new climate jobs. Biden declared in Delaware: “When Donald Trump thinks about climate change, the only word he can muster is hoax … When I think about climate change, the word I think of is jobs …When Donald Trump thinks about renewable energy, he sees windmills somehow causing cancer. When I think about these windmills, I see American manufacturing, American workers racing to dominate the global market.”

Great framing! However, decarbonization also imposes transition costs that are not uniformly distributed across communities. In particular, communities whose economies depend on fossil fuels will be hurt—after all, their products will be forced into obsolescence. To be fair, Biden’s plan seeks to create 250,000 jobs by plugging abandoned oil and natural gas wells and reclaiming abandoned coal mines. But these are temporary jobs, a band-aid solution to a deeper structural crisis.

Decarbonization can be viewed as the 4th industrial revolution, that leads to the permanent decline (and demise) of fossil fuel based economy. But this radical restructuring poses a huge problem for local communities who often cannot make a quick transition to a new industry. Consequently, they suffer a massive economic crisis, in terms of job- and pension- losses. This causes second-order effects on local commerce (the demise of downtowns) and declines in government revenue. Infrastructure begins to crumble and social chaos follows. A recent paper suggests that coal-dependent counties could lose almost 20% of their revenue with decarbonization policies.

In 2016, Hillary Clinton offered a plan to revitalize Appalachia. But her political rhetoric about coal and coal communities, sometimes taken out of context, did not allow a meaningful debate about her plan. Biden will be wise to learn from Clinton’s missteps, especially on the issue of fracking, which is critical in several swing states, including Pennsylvania. Biden’s climate approach should strongly commit to a “just transition” for fossil fuel dependent communities, alongside a strategy for the economic revival of the Rust Belt, something along the lines of the American (rust) belt and road initiative. The recent report, the National Economic Transition Platform, outlines thoughtful proposals in this regard.

Where will the “Critical Minerals” Come From?

Decarbonization will lead to massive increases in the production of electric cars, solar panels, and wind turbines. But this requires critical minerals such as lithium, nickel, cobalt, and manganese. On average, an electric car requires 10-20 pounds of cobalt and 40 pounds of lithium (although Tesla has recently announced the development of cobalt-free batteries).

To achieve 100% clean electricity by 2035, where will the critical minerals and “rare earths” come from? Is the US prepared for reliance on China’s goodwill for its decarbonization policy? If these minerals are sourced from countries with poor governance, such as Congo, would their skyrocketing demand motivate violence and conflict? Or will the US federal government expedite permits for domestic mining with its attendant environmental, social, and political consequences?

Critical minerals are a blind spot of many climate plans. Climate activists debate specific timelines for clean energy. If they are serious about decarbonization, they should outline a plan for a reliable supply of these minerals as well.

In sum, Joe Biden has outlined a bold plan for decarbonization. He has adopted an excellent political frame of jobs and prosperity. But Biden needs to come up with solid solutions to address the issue of a “just transition” and a reliable supply chain to support the renewables industry.

5 Questions With Guillaume Plante: Digging Into His Inspiration With Cannabis