Biden’s ‘Medicare At 60’ Targets Early Retirees And The Unemployed 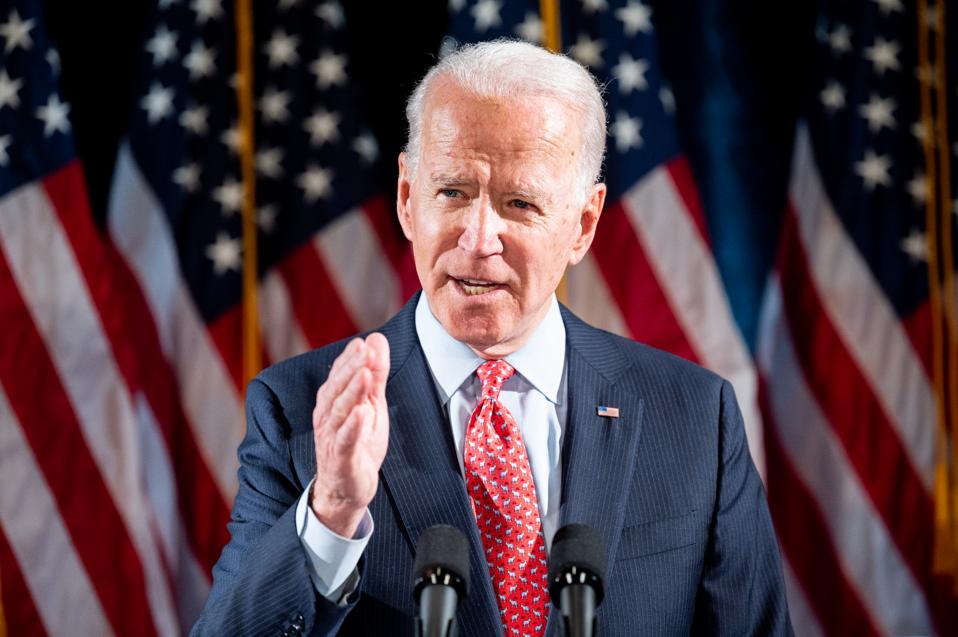 Former Vice President Joe Biden (D) speaks about the Coronavirus and the response to it at the Hotel … [+] Du Pont in Wilmington, DE. on March 12, 2020. (Photo: Michael Brochstein / Echoes Wire/Barcroft Media via Getty Images)

Joe Biden’s Medicare at 60 proposal could be a welcome health insurance option to early retirees who leave employment or have been forced out of their jobs before the age of 65.

The former vice president announced his proposal to allow Americans between the ages of 60 and 64 the option of buying into Medicare, the federal health insurance program for the elderly. Though Biden hasn’t revealed specific details, the effort would be less costly than earlier versions proposed by Democrats in the U.S. Senate to lower Medicare eligibility to as young as 55 or even 50.

This time, a Democratic proposal to lower the Medicare eligibility age comes as the ranks of the unemployed grows by millions. Medicare for those under 65 would also seem more focused on a block of Americans that can gain access to coverage under the Affordable Care Act and its protections for those with pre-existing conditions, but are often hit hard by premium increases.

Some in their early 60s who didn’t get the ACA’s subsidies got socked with higher premiums as the ACA’s individual coverage, also known as Obamacare, went through a period of instability in part because some insurers couldn’t manage costs of all of the sick patients buying coverage. Analysts say individual coverage under the ACA remains expensive for those unable to get a subsidy.

“A 60-year old making $55,000 wouldn’t qualify for subsidies under current law, so he or she would have to pay an average of $11,744 per year, or 21% of his income, for a mid-range silver plan,” Kaiser Family Foundation vice president Cynthia Cox, who directs the nonprofit’s program on the ACA said of figures compiled by the organization’s health insurance market place calculator here.

And for some married couples between 60 and 64, coverage would be even less affordable.

“A 60-year-old couple making $70,000 would have to pay more than a third of their income for silver-level coverage, on average under current law,” Cox said referring to Kaiser calculations. “And they would have a deductible of several thousand dollars on top of that.”

The Medicare at 60 proposal builds on Biden’s existing plans to expand government-subsidized health insurance coverage. He has already said he would keep the private system including privately-administered Medicare Advantage plans sold by an array of companies including Anthem, Cigna, Humana, UnitedHealth Group and the Aetna unit of CVS Health.

Biden has proposed to build on the ACA by adding a public option to private plans sold on the ACA’s public exchanges. The new Medicare addition will provide more options to middle-income Americans, analysts say

“Under Biden’s plan, older middle-income Americans would have a few new options for coverage, and each would likely be much more affordable than those available today,” Cox said.

The 4 Types Of Narco Submarine Facing The Military

How Will Man City, On The Brink Of Transition, Replace Sergio Aguero And David Silva?

Only One New Album Debuts On The U.K....

How To Watch Or Stream UFC on ESPN...

Earnings Preview: What To Expect From Delta Air...