Breaking
France Off Travel Corridors And FCO Exempt List
Ask Ethan: Why Are The Moon And Sun...
When To See The Moon And The Planets...
IRS-CI Involved In Largest-Ever Seizure Of Terrorist Organizations’...
The Check Really Is In The Mail. After...
Epic Games Vs Apple: Why You Won’t Be...
Senator Kamala Harris Proposed A Bold Tax Credit...
Deal Terms To Reduce The Risk When Buying...
Multiple Sclerosis Drug Shows Promise For HIV Prevention...
The Neglected Piece Of Retirement Planning
It’s No Longer A Viable Option For Capitalism...
Virtual Credit Cards: An Extra Layer Of Protection...
Lessons From The Rainforest: Human Health Leads To...
Four Easy Ways To Bolster Your Company’s Reputation
It’s All About Claims: New Claims Come In...
Does Covid-19 Change How We Look At Digital...
Home Technology ‘Biggest Explosion In The Universe Since The Big Bang’ Found By Astronomers
Technology 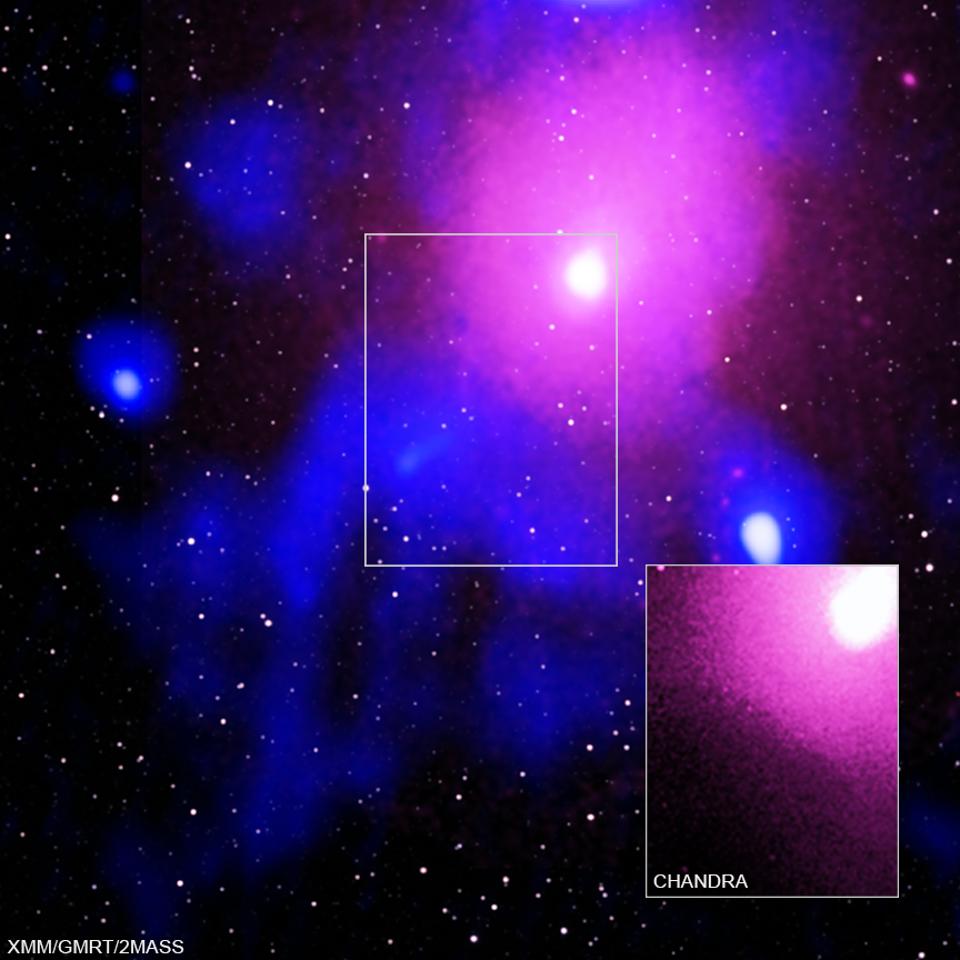 Astronomers have discovered the biggest explosion seen in the Universe in the Ophiuchus galaxy … [+] cluster.

Astronomers using a suite of radio telescopes just found “the biggest explosion seen in the Universe since the Big Bang” coming from a supermassive black hole at the centre of a galaxy hundreds of millions of light-years away.

Evidence was detected of an “extraordinarily energetic” eruption in the Ophiuchus galaxy supercluster, which lies around 390 million light years distant.

“We’ve seen outbursts in the centers of galaxies before, but this one is really, really massive,” said Professor Melanie Johnston-Hollitt, from the Curtin University node of the International Centre for Radio Astronomy Research. “And we don’t know why it’s so big, but it happened very slowly—like an explosion in slow motion that took place over hundreds of millions of years.”

What is the evidence for the explosion?

The astronomers saw a mighty big cavity in the cluster’s plasma—the super-hot gas surrounding its black hole. The cavity in the cluster plasma had been seen previously with X-ray telescopes back in 2016, a discovery that was largely dismissed as unlikely. “People were skeptical because the size of outburst,” said Johnston-Hollit. “But it really is that. The Universe is a weird place.”

Now that data from 2016 has been matched with fresh data from radio telescopes. “The radio data fit inside the X-rays like a hand in a glove,” said co-author Dr Maxim Markevitch from NASA’s Goddard Space Flight Center. “This is the clincher that tells us an eruption of unprecedented size occurred here.” 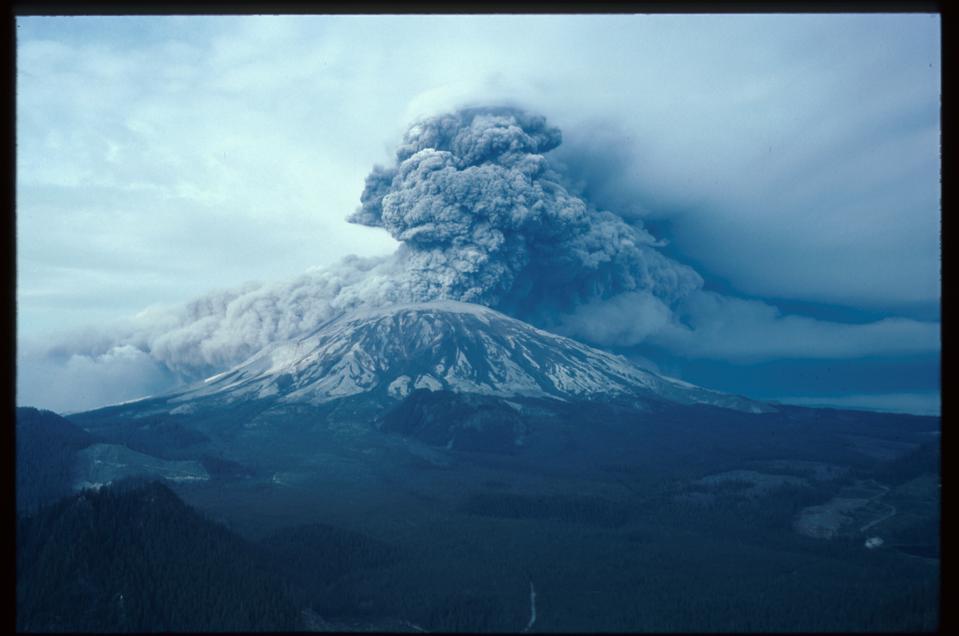 Mount Saint Helens erupts May 18, 1980 in Washington State. The natural occurrence blew a mushroom … [+] cloud of ash thousands of miles into the air that destroyed nearly one hundred fifty square miles of forest. (Photo by John Barr/Liaison)

How big was the explosion?

It’s multi-galactic in size. ”In some ways, this blast is similar to how the eruption of Mt. St. Helens in 1980 ripped off the top of the mountain,” said Simona Giacintucci of the Naval Research Laboratory in Washington, DC and lead author of “Discovery of a Giant Radio Fossil in the Ophiuchus Galaxy Cluster” published today in The Astrophysical Journal. “The difference is that you could fit 15 Milky Way galaxies in a row into the crater this eruption punched into the cluster’s hot gas.” 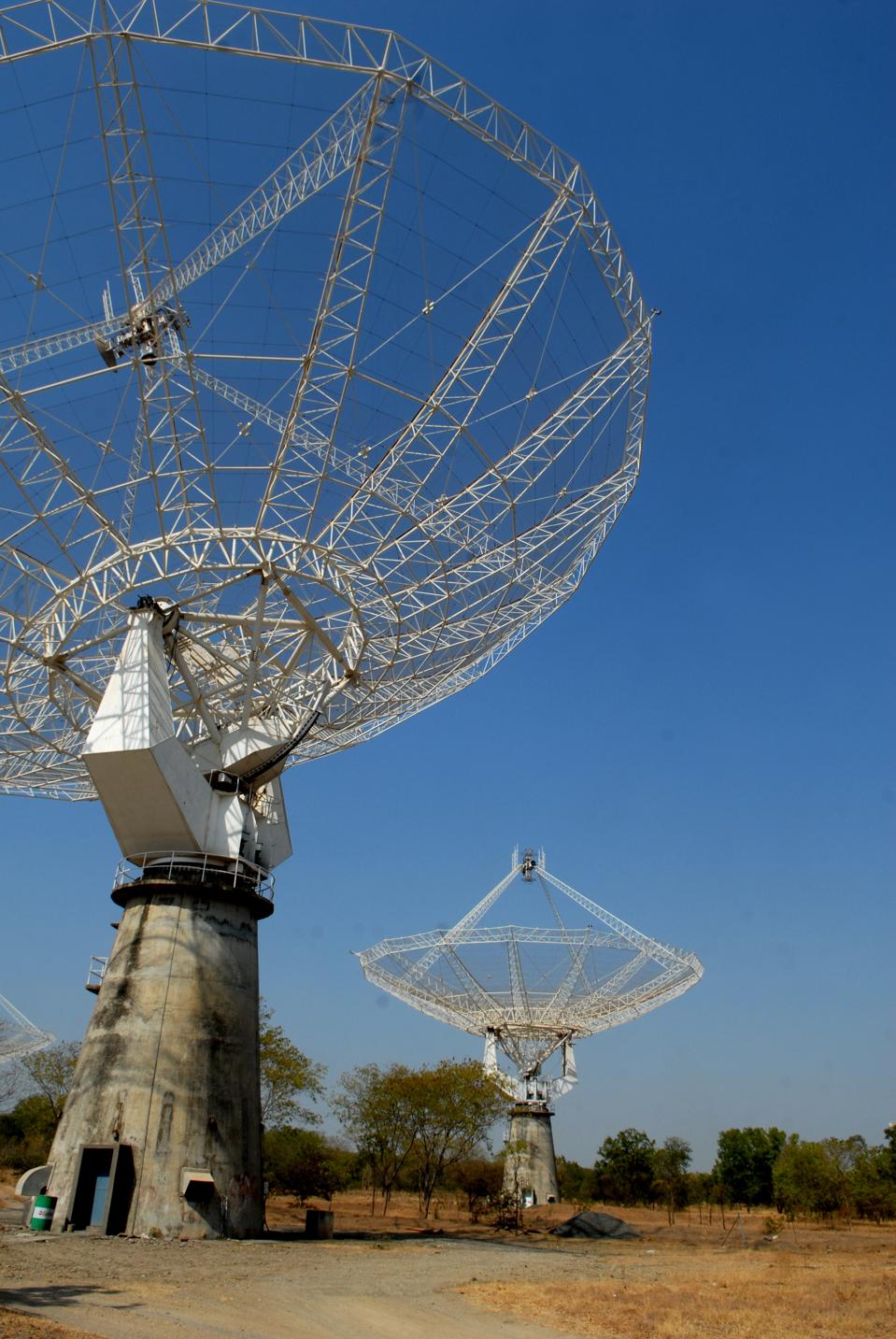 The GMRT, one of TIFRs (Tata Institute of Fundamental Research) and India’s largest projects to … [+] date. The 30 dishes operate individually as telescopes and collectively, they make the GMRT the largest radio telescope in the 150-1,500 Mhz frequency in the world. (Photo by Hemant Mishra/Mint via Getty Images)

What telescopes were used?

Astronomers made this discovery using X-ray data from NASA’s Chandra X-ray Observatory and ESA’s XMM-Newton, and radio data from the Murchison Widefield Array (MWA) in Australia and the Giant Metrewave Radio Telescope (GMRT) in India. “Going back and doing a multi-wavelength study has really made the difference here,” said Johnston-Hollit, who thinks the finding is likely to be the first of many. “It’s a bit like archaeology … we’ve been given the tools to dig deeper with low frequency radio telescopes so we should be able to find more outbursts like this now.”

Coronavirus May Cancel Tokyo Olympics; That Could Be A Good Thing