Breaking
ESBC Major Updates: Tons Of Heavyweight Greats Added...
5 On-Demand Courses To Help Develop Your Leadership...
How to Run Nonprofit Marketing Ads
Entrepreneurs Are Bringing Transparency To Home Buying And...
Best Incentive To Get Vaccinated: Money, Messaging, Or...
Page Level Query Analysis at Scale with Google...
How A CIO Can Align IT With Business...
Blogger of the Month: Jo, Girl Eats World
6 Things Women In Business Know That Men...
How to Use First-Party Data for Ad Personalization
Pressing Reset—Putting A Fallen Unicorn Back On Its...
How We Went Viral: Promoting Content with Influencers,...
Blame Olympic Record Price Tag For Return To...
Apple iOS 14.5 Release: Should You Upgrade?
How to Come up with Podcast Topics and...
Why Gaming Gear Company Razer Launched A $50...
Home Business Billie Eilish Returns To The Top 10 While The Weeknd Rises To No. 2 In The U.K.
Business

Billie Eilish Returns To The Top 10 While The Weeknd Rises To No. 2 In The U.K. 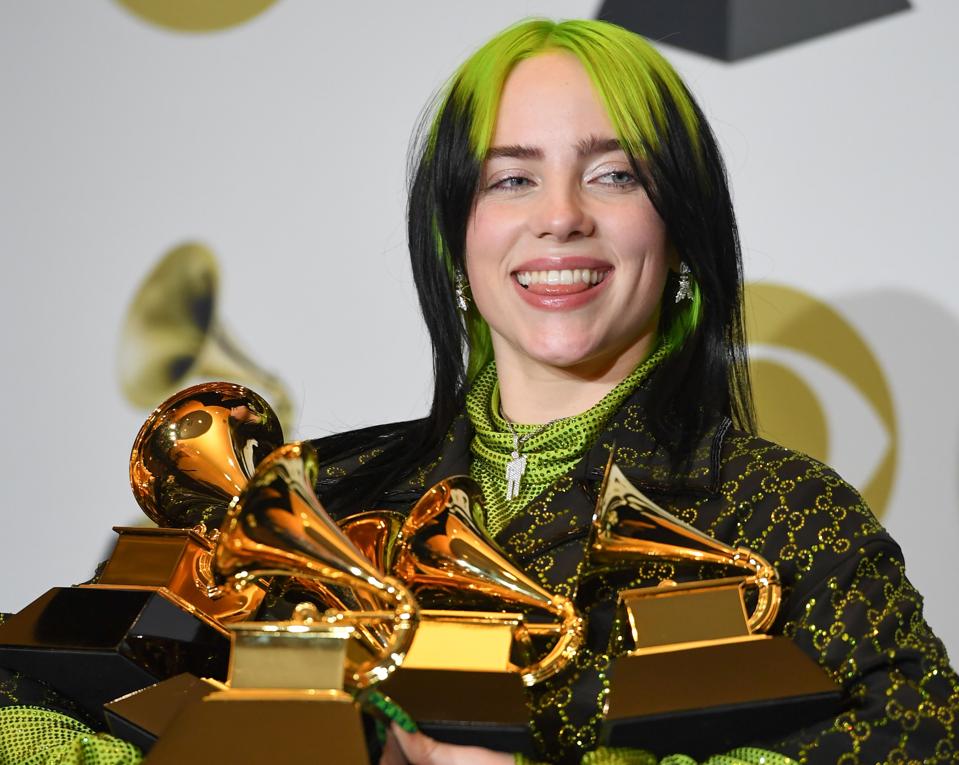 US singer-songwriter Billie Eilish poses in the press room with the awards for Album Of The Year, … [+] Record Of The Year, Best New Artist, Song Of The Year and Best Pop Vocal Album during the 62nd Annual Grammy Awards on January 26, 2020, in Los Angeles. (Photo by Frederic J. BROWN / AFP) (Photo by FREDERIC J. BROWN/AFP via Getty Images)

In something of a surprise move, Lewis Capaldi’s “Before You Go” vaults to the No. 1 spot on the U.K. singles chart, rising from No. 5 to the top in one step. The track is now his second champion in the country, and his first isn’t far from the new leader.

The Weeknd stands a chance of grabbing a No. 1 hit sometime soon with his current single “Blinding Lights,” which climbs to No. 2 from No. 4 this frame. The track follows in the footsteps of previous cut “Heartless,” which made it to the top 10 when it was first unveiled late last year. That tune is holding on closer to the bottom of the U.K. songs tally while the Canadian R&B star makes a play for the peak position. Both songs preview an as-yet-unannounced upcoming album.

Roddy Ricch’s “The Box” dips one rung to third place after hitting a new peak of No. 2 last frame. It looked like the viral smash was headed straight for the throne, but now it’s been pushed down by a pair of gainers, and it’s tough to say whether the global smash will be able to conquer the U.K. ranking.

After debuting in first place last week, Eminem and Juice WRLD’s “Godzilla” falls to fourth. The tune, Eminem’s tenth leader and the first for the late rapper, may rise again if it’s promoted as a proper single sometime soon.

Stormzy, Ed Sheeran and Burna Boy’s former chart champion “Own It” descends to No. 5 while Dua Lipa’s “Don’t Start Now” and Future and Drake’s “Life Is Good” swap spots, with the former rising to No. 6 and the latter declining to No. 7.

Back inside the top 10 is Billie Eilish with her latest single “Everything I Wanted,” which isn’t yet attached to any project, and which may forever live as a one-off. The tune likely gains thanks in large part to her success at the Grammys this past Sunday, where she was the top winner, taking home five trophies and making history by claiming the big four.

As he rules the roost for the second time in his career with “Before You Go,” Capaldi’s breakout smash “Someone You Loved” gains ground, lifting to No. 9. At the same time, newcomer Arizona Zervas sees his first hit single “Roxanne” decline in stature to No. 10.

Bitcoin Surges Amid Coronavirus Outbreak; Can Blockchain Save Social Media?