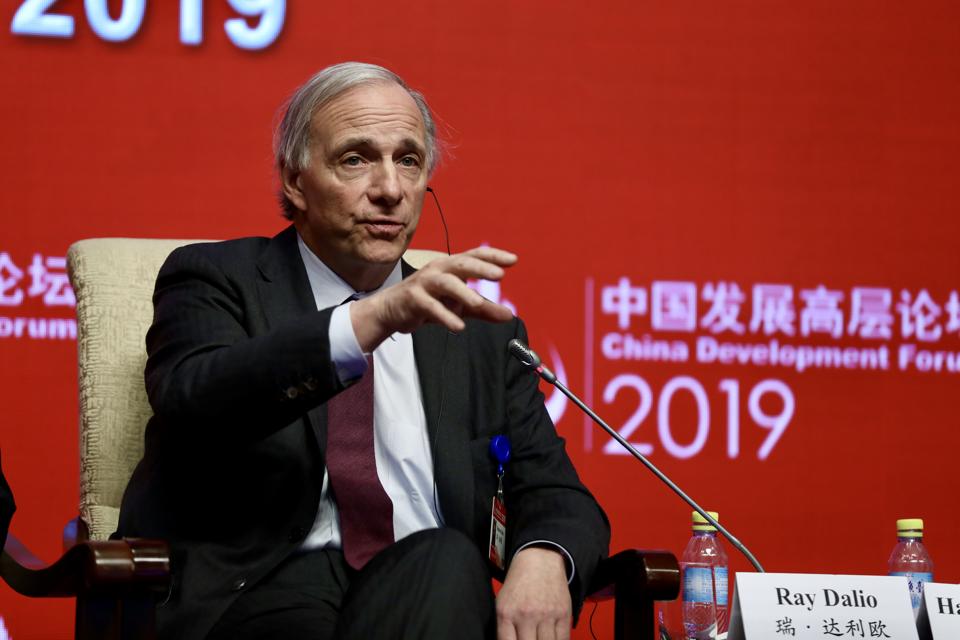 Billionaire investor and Bridgewater Associates founder Ray Dalio was interviewed by CNBC as part of their coverage of the World Economic Forum in Davos on Tuesday morning. During the interview, Dalio painted a picture of the global economy that sounds quite similar to the supporting evidence Bitcoin investors often provide in terms of their bullish scenarios for the cryptocurrency.

While his general thesis on what will happen with the economy in the coming years matches up with what many Bitcoin holders think, Dalio’s advice for those worried about tough economic times ahead is to turn to gold, rather than Bitcoin, as a safe haven asset.

An Economic Downturn is Coming

According to Dalio, the global economy is facing a serious issue in that an economic downturn would be an especially problematic situation for central bankers due to the lack of tools that are available to use, with interest rates already at or near historical lows in many places around the world.

“We’re in a spot in monetary policy where you can no longer stimulate the same way you did before,” said Dalio.

Additionally, Dalio sees larger budget deficits on the way. In his view, newly-printed money will be used to pay for this increased spending. Dalio added that this scenario does not necessarily mean there will be an acceleration of inflation, as the new money could be funneled into financial assets.

“The way it works is: They print money, they buy a bond, they give it to the seller of the bond, and they buy other financial assets,” said Dalio.

However, Dalio stated that the attractiveness of government bonds to investors could decline in the coming years, creating new questions regarding what works best as a store of value.

In terms of the possibility of an economic downturn during the next U.S. Presidential term, Dalio claimed, “It’s going to happen.”

When this economic downturn occurs, Dalio is of the belief that turning to cash won’t be the best option.

This same sentiment is behind many of the bullish Bitcoin price scenarios that have been espoused over the past couple of years.

While Dalio agrees with Bitcoin proponents in terms of the potential issues with holding cash in the near future, the billionaire investor disagrees that the cryptocurrency would be a proper alternative as a store of value.

In Dalio’s view, a global portfolio with a certain amount of money put into gold as an additional diversifier will be the best option for investors to deal with the economic downturn that he foresees happening in the coming years.

“If you want to oversimplify a portfolio, you probably want stock in the technology, disrupting companies and some gold,” said Dalio.

When asked if Bitcoin should also be included in this portfolio, Dalio said no.

“There are two purposes of money: a medium of exchange and a store-hold of wealth,” explained Dalio. “And Bitcoin is not effective in either of those cases now.”

In Dalio’s view, Bitcoin is simply too volatile to act as a proper store of value, and over the long term, he sees more potential in something like Facebook’s Libra project. That said, there is reason to believe the level of centralization found in Libra and various central bank digital currency projects would actually have a positive effect on Bitcoin.

Despite Dalio’s comments, data from the second half of 2019 appears to show Bitcoin has made progress in terms of becoming viewed as a “digital gold” by market participants. A potential continuation of this trend is one of the five key Bitcoin stories to watch in 2020.

That said, while a survey from last week indicated more financial advisors are looking to add Bitcoin and other crypto assets to client portfolios in 2020, this is still a rare point of view among institutional investors. However, an improving regulatory environment around Bitcoin is one of the reasons an analyst has stated there’s a 60% chance for a Bitcoin ETF approval to occur in 2020.

Additionally, a variety of factors have already led one industry executive to predict a $50,000 Bitcoin price by the end of the year.