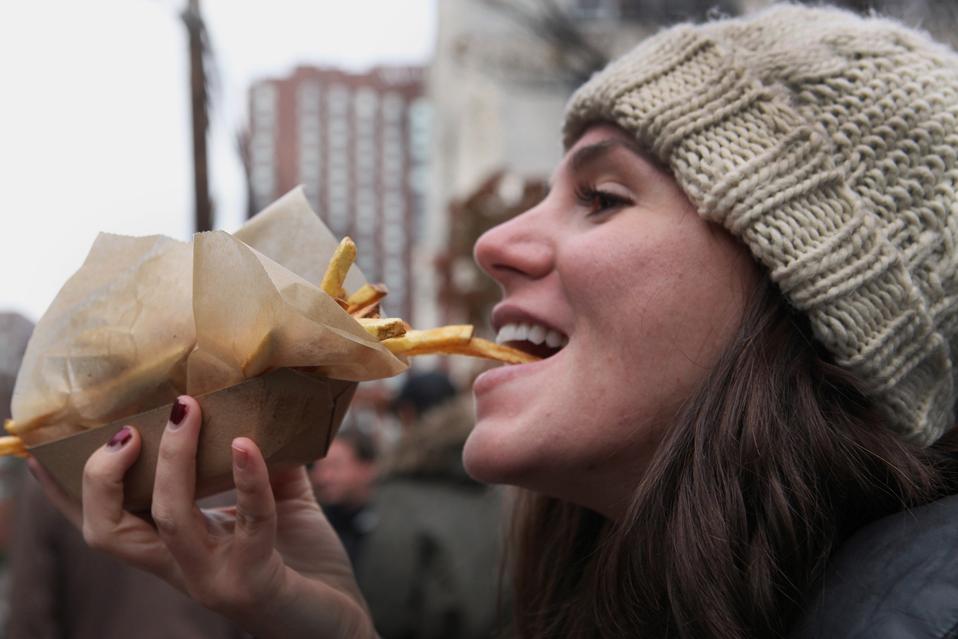 A woman snacks on french fries from a food truck in Cambridge, Massachusetts.

Panic is setting in about a potential french fry shortage in the near future, due to a poor potato harvest in the United States and Canada. Headlines speculate that people will need to find new sides to go with their burgers.

Dr. Oliver P. Peoples, a professed french fry lover, is more optimistic. He’s president and CEO of Yield10 Bioscience, which just signed a research agreement with the J.R. Simplot Co., the pioneer of the frozen french fry. The aim is to use artificial intelligence and gene editing to develop a more robust potato, with a higher yield and (down the line) other positive attributes.

“We’ll all experience a bit of price pressure, but I think we’ll still be able to go to our favorite burger place and get a burger and fries,” Peoples predicts.

Yield10, an agricultural bioscience company based in Woburn, Massachusetts, uses technology that mines scientific data on sequencing genomes and identifying gene sequences to come up with a prioritized list of gene targets to improve different aspects of crop production. The technology is called GRAIN, short for gene ranking artificial intelligence network.

“This is a very exciting time to be in the agricultural sector in terms of innovation in particular,” Peoples says. “We’ve reached a sort of bottleneck of what the old technologies (like breeding) can do.”

A recent report from United Potato Growers of Canada says many areas of the U.S. were affected by adverse harvesting conditions this year, resulting in one of the lowest crops on record. Bloomberg notes that wet, cold weather damaged crops in Idaho, Manitoba and Alberta, and potato processors are rushing to buy supplies and keep french fries on the menu. 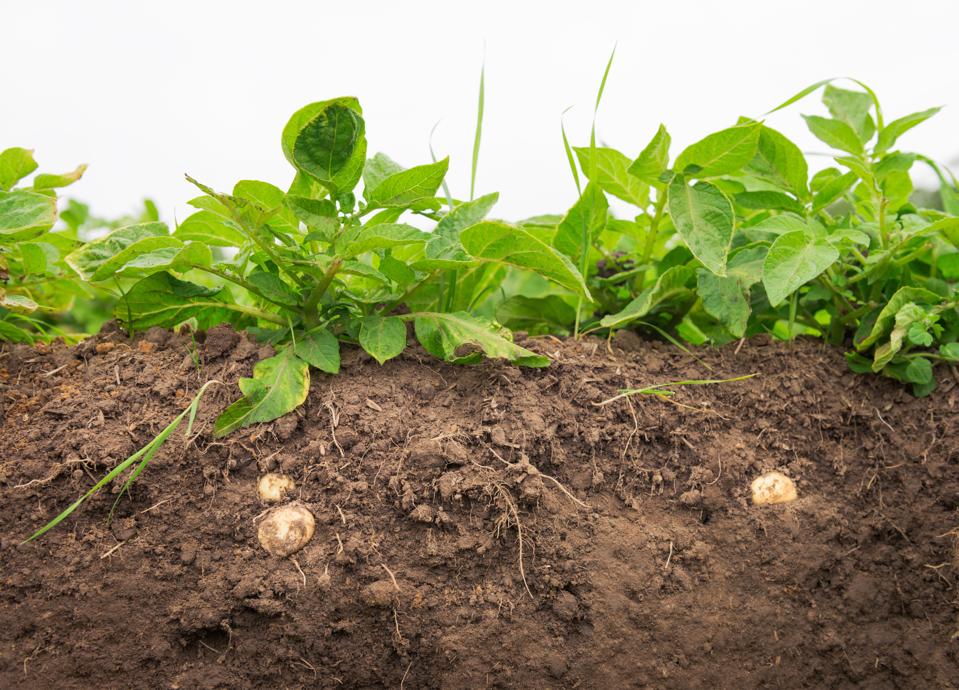 A cross section under potato plants, with potatoes growing in the soil below.

Maybe onion rings aren’t a bad substitute? What about broccoli?

Yield10 is working with Simplot to develop next-generation potatoes that can produce more potatoes per acre, regardless of conditions, Peoples explains.

There have been similar improvements for corn and other crops, but not potatoes, which he thinks is due to “a lot of fear mongering based on really no scientific evidence” about genetically modified foods, or GMOs. Many scientific groups, including the American Association for the Advancement of Science, say GMO foods are safe, and concerns are more emotional than fact-based.

Some people may disagree. Dr. Peoples sees a generational shift that’s happening, where consumers are more concerned about global food production, sustainability and a growing world population than they are about GMOs, leaving room for a new and improved spud. He cites the popularity of the Impossible Burger as one example.

“Making crops more productive so we can produce more than we need just to survive is important. As the global population grows, we will need to produce more with less land. There will be more people, more roads, more housing and less arable land.”

Yield10’s research agreement with Simplot is to evaluate three novel yield traits in the potato, building on similar work with crops like soybeans, where researchers are targeting a 20% improvement in yields. 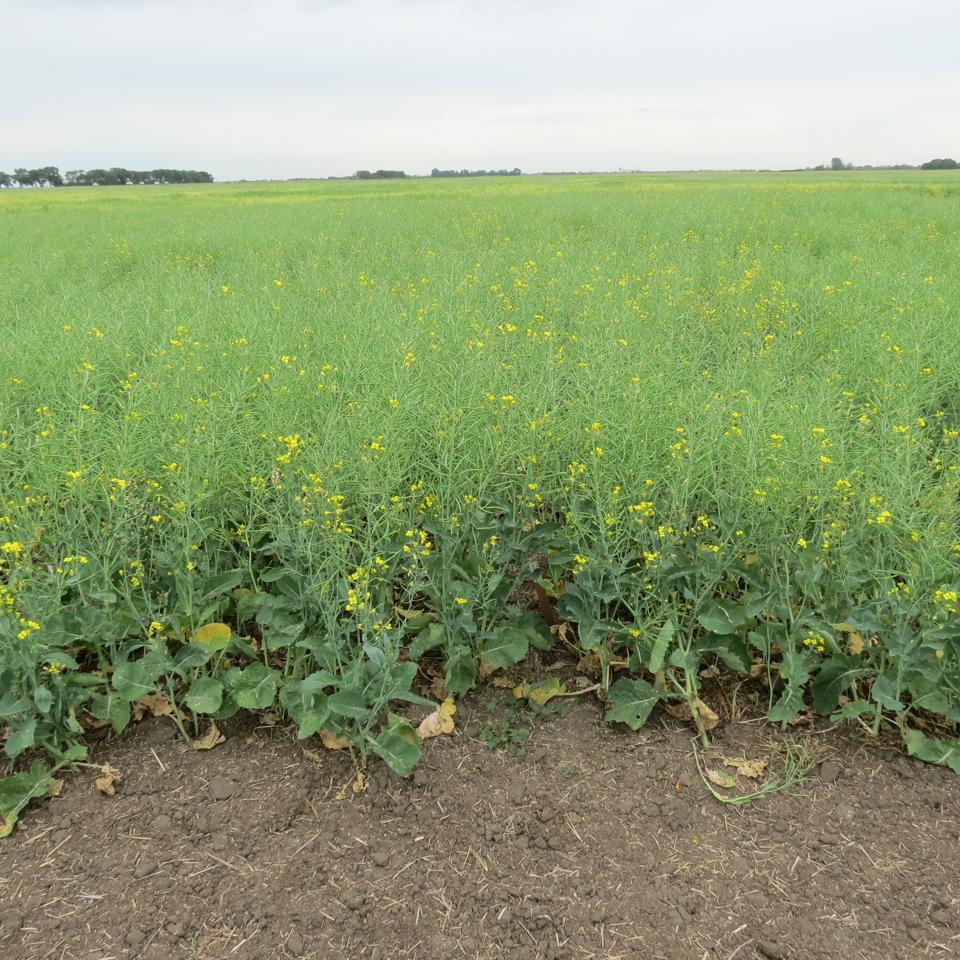 Peoples estimates it will about five years before a Potato 2.0 is in use commercially; the Yield10-Simplot pact includes an option to negotiate an exclusive commercial license agreement.

Increasing the potato’s protein content and improving nutritional properties would be a next step, he says.

“With a combination of the GRAIN platform and genome editing, I think those types of improvements are very possible and they probably will happen. They absolutely will happen.” 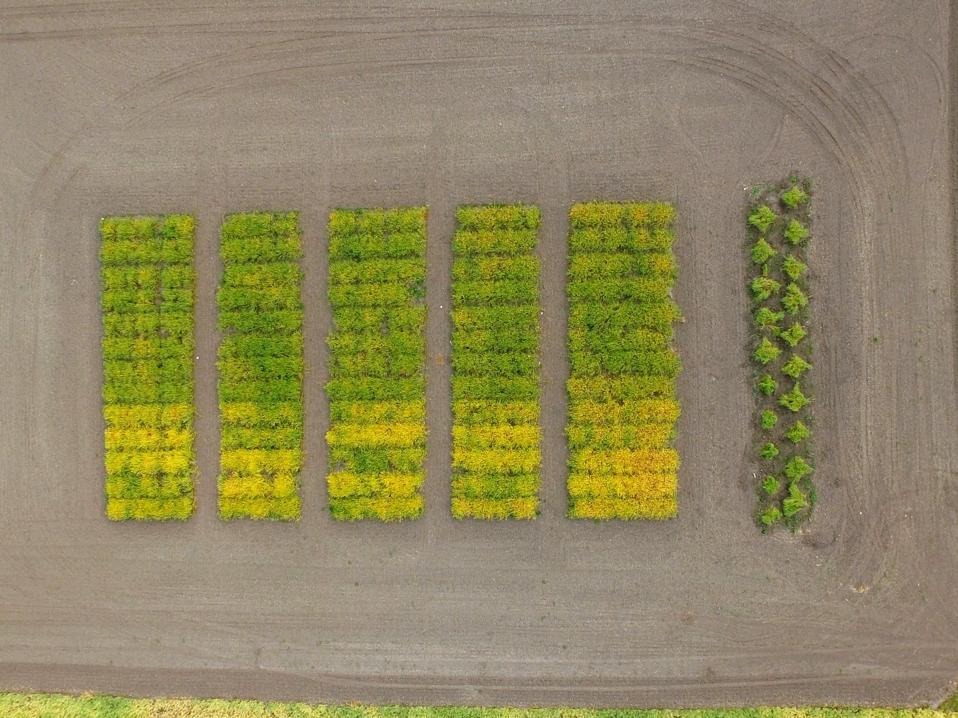 Mariah Carey And The Weeknd Jump Into The U.K. Top 10 While Tones And I Leads Again

No, The COVID-19 Coronavirus Is Not Actually Red