Breaking
Is An Internet Service Provider Revolution On The...
Why Selecting The Right Chairs And Tables For...
Walgreens Stock Looks Attractive At $35
How To Get CEOs And Board Directors Leading...
Bitcoin And Blockchain Are The ‘Future’ Of Twitter,...
COVID-19 Pandemic Has Birds Changing Their Tune
Beat Zoom Fatigue With These 6 Tips
How To Sustain (Or Sabotage) A Customer Service/Experience...
How, When And Where You Can See A...
New $2.2 Trillion Stimulus Bill Proposed—$1,200 Stimulus Checks,...
Why Do We Do What We Do? Manipulating...
California Brand Goes All-American As Amazon Bans Foreign...
The 3 Best Analytics Companies of 2020
Senator Cory Booker: Supporting Small, Minority-Owned Businesses Will...
Trump’s Taxes Are Finally Leaked—What’s Next?
Washington Heats Up Ahead Of First Presidential Debate:...
Home Business ‘Birds Of Prey’ Aims To Be 2020’s First Box Office Blockbuster
Business 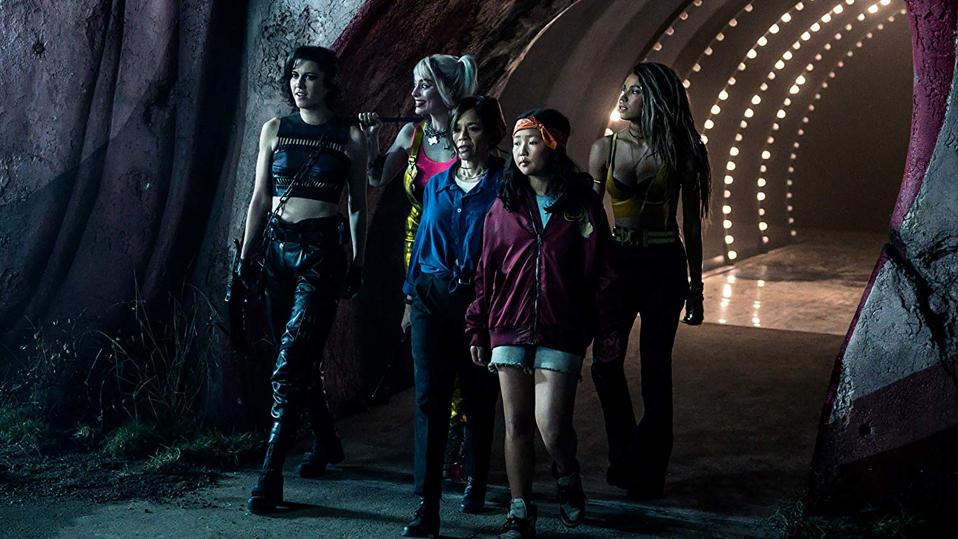 It may or may not open as high as Shazam! ($57 million), but DC Films’ R-rated Harley Quinn flick is opening on the same weekend as did The LEGO Movie. It also won’t have an unprecedented mega-movie like Avengers: Endgame to stop it dead in its tracks.

Warner Bros. and DC Films’ Birds of Prey opens three weeks from tonight, which means we have our first bit of official pre-release tracking this morning. The Cathy Yan-directed “Harley Quinn and her Amazing Not-So-Super Friends” action comedy is positioned as the first very big movie of 2020, at least not counting December expansions like 1917. Like Shazam!, it is budgeted at under $100 million, so it qualifies as one of DC Films’ “smaller movies” as opposed to the presumably much more expensive Wonder Woman 1984. As such, current tracking guestimates implying a $50 million opening are, well, right on track. R-rating notwithstanding, the two big comparison points should be Shazam! and, well, The LEGO Movie.

Simply put, Birds of Prey, starring Margot Robbie (Harley Quinn), Mary Elizabeth Winstead (Huntress), Jurnee Smollett-Bell (Black Canary), Rosie Perez (Renee Montoya) and Ewan McGregor (Black Mask) among others, is opening on the same weekend where Warner Bros. kicked off The LEGO Movie in 2014. That four-quadrant animated biggie parlayed brand interest, curiosity and rave reviews into a $69 million opening weekend. More importantly to this discussion, it kept chugging along as the only big game in town for a few weeks, using Presidents Day weekend to buffer its second weekend (and trample Robocop) while sticking around for a month as the court-appointed biggie. In this case, Robocop may “equal” Sonic the Hedgehog.

The last weekend in February/first weekend in March of 2014 saw a $28 million debut for Liam Neeson’s Non Stop (arguably his biggest post-Taken/non-Taken success) and a $26 million launch for Fox’s Son of God (early 2014 was unusually robust for faith-based dramas). By the end of weekend four, The LEGO Movie had earned $209 million and would leg it to $258 million. February 27, 2020 sees the release of Blumhouse and Universal’s R-rated Invisible Man. Without remotely arguing that Birds of Prey will open as high or leg out as well as The LEGO Movie, it does have one big advantage over Shazam!. It doesn’t have an Avengers: Endgame-sized mega-movie opening on its fourth weekend of release.

David F. Sandberg’s surprisingly good Shazam! opened with a slightly-larger-than-presumed $56.8 million (counting sneak previews) debut weekend in early April of 2019, and for a moment it was pretty leggy. It fell 54% in weekend two (not great) but just 32% (an unusually strong hold for a superhero movie) in weekend three, with hopes of a $150 million-plus domestic and $500 million-plus global totals dancing in Warner Bros,’ heads. Alas, Avengers: Endgame opened with $357 million domestic and $1.2 billion worldwide in Shazam’s fourth weekend, sending the DC flick tumbling 66%. Poor Captain Sparkle Fingers never recovered, and Shazam limped to $141 million domestic and (thanks to a poor $43.8 million showing in China) $364 million worldwide.

It was still a hit, thanks to a $90 million budget. It was unquestionably pancaked due to Avengers: Endgame opening in late April instead of early May and pulling previously unthinkable opening weekend grosses. There’s nothing opening in 2020 that has anywhere near the competitive might of Avengers: Endgame, and certainly nothing in February or March. Pixar’s Onward will kick off March with a bang, followed by STX Entertainment’s My Spy and Sony’s Bloodshot on March 13, A Quiet Place part II on March 20 and Disney’s Mulan on March 27. I expect at least three of those to break out, but it won’t be anywhere near the level of Shazam vs. Avengers 4 competition.

It’s entirely likely that, even with lesser competition, Birds of Prey (and the Fantabulous Emancipation of One Harley Quinn) will still open to around $50 million and still only be about as leggy as Shazam!, which would give it a $125 million domestic cume. Assuming the reviews are good and the film works for audiences, such a lower-level MCU multiplier would be relatively fine. As DC Films slots more comparatively lower-budget films alongside the conventional tentpole superhero flicks, we should also get used to merely “very good” results. Joker is the exception, not the rule, and I hope its $1.069 billion performance won’t skew the “expectations” curve as did Rogue One’s $1.056 billion cume for Star Wars movies.

‘Call Of Duty: Modern Warfare’ Season 1 Extended — Here’s Everything You Need To Know