Bitcoin successfully went through its third halving yesterday, seeing the daily supply of new bitcoin cut by half.

The bitcoin price, which had been highly volatile in the run-up to yesterday’s closely-watched halving, has remained flat since the supply squeeze—up a little over 1% and hovering around $8,800 per bitcoin.

The bitcoin community has now turned to what’s next for the world’s number one cryptocurrency and the bitcoin price. 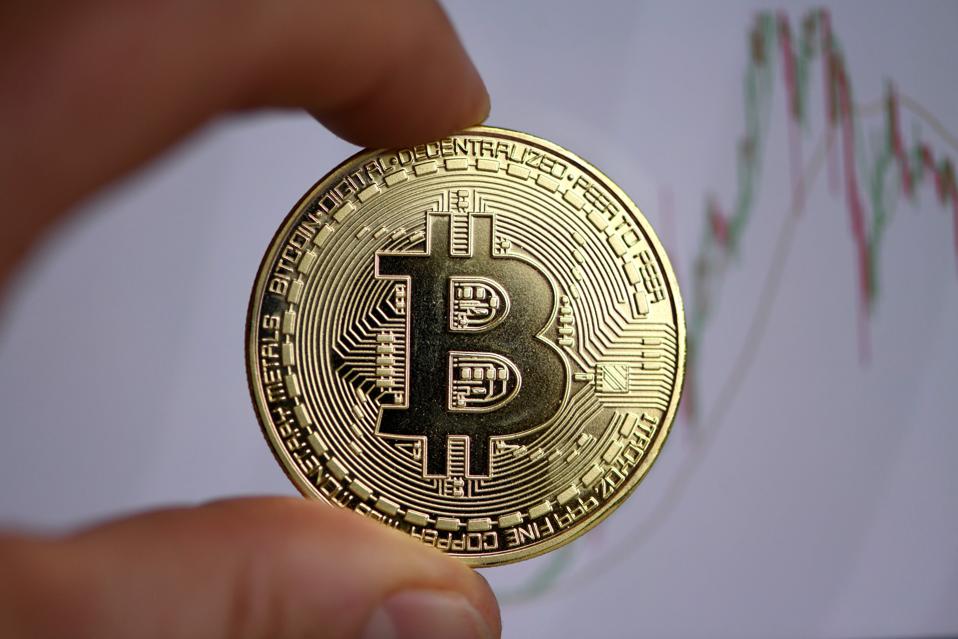 The bitcoin price has soared over recent months and many bitcoin and cryptocurrency traders are … [+] feeling bullish after the third bitcoin halving.

Yesterday evening, the number of bitcoin rewarded to those that maintain the bitcoin network, called miners, was cut by half—dropping from 12.5 bitcoin to 6.25.

“The recent much-hyped halving, while largely psychological in impact, could create a catalyst drawing new players into the market and contributing to the rise in the value of bitcoin,” said Gavin Smith, chief executive of Hong Kong-based bitcoin and cryptocurrency exchange and hedge fund Panxora, adding he believes bitcoin is at “the start of a multi-year bull phase” though there could be “a bumpy road ahead.”

Last week, the bitcoin and crypto community was set alight by news legendary macro investor Paul Tudor Jones is buying bitcoin as a hedge against the inflation he sees coming as a result of unprecedented coronavirus and lockdown-induced central bank money-printing.

“While traditional markets grow uncertain, we can expect more investors to use bitcoin as an inflation hedge and to protect their assets against currency devaluation,” said Smith.

Congress and the Federal Reserve have pumped trillions of dollars into the U.S. economy in recent months to cushion against the coronavirus pandemic and lockdowns designed to slow its spread.

The massive action from the U.S. as well as other governments and central banks around the world has sparked fears over inflation and out-of-control debt.

However, investors have rushed toward the perceived safety of the dollar since the coronavirus crisis began.

“The rest of the world needs to either keep printing money or see their own currency eroding drastically in front of the unbeatable dollars,” said Jean-Marie Mognetti, chief executive of digital asset manager CoinShares.

“Turkey, Brazil, or Argentina are the perfect examples of this. Consequently, in a world where investors continue to seek protection for their portfolios against the world’s central banks’ behavior, bitcoin, a digital currency whose supply is programmatically defined to reduce until it reaches its maximum supply, would seem to be the perfect hedge for any institutional investor portfolio.”

If bitcoin successfully matures into a safe-haven asset and a hedge against inflation, some analysts see the bitcoin price accelerating over the next couple of years—potentially eclipsing its all-time high of around $20,000 per bitcoin.

However, Peters warned “another black swan event,” such as the coronavirus pandemic, or a second wave of COVID-19, could see the bitcoin price decline. 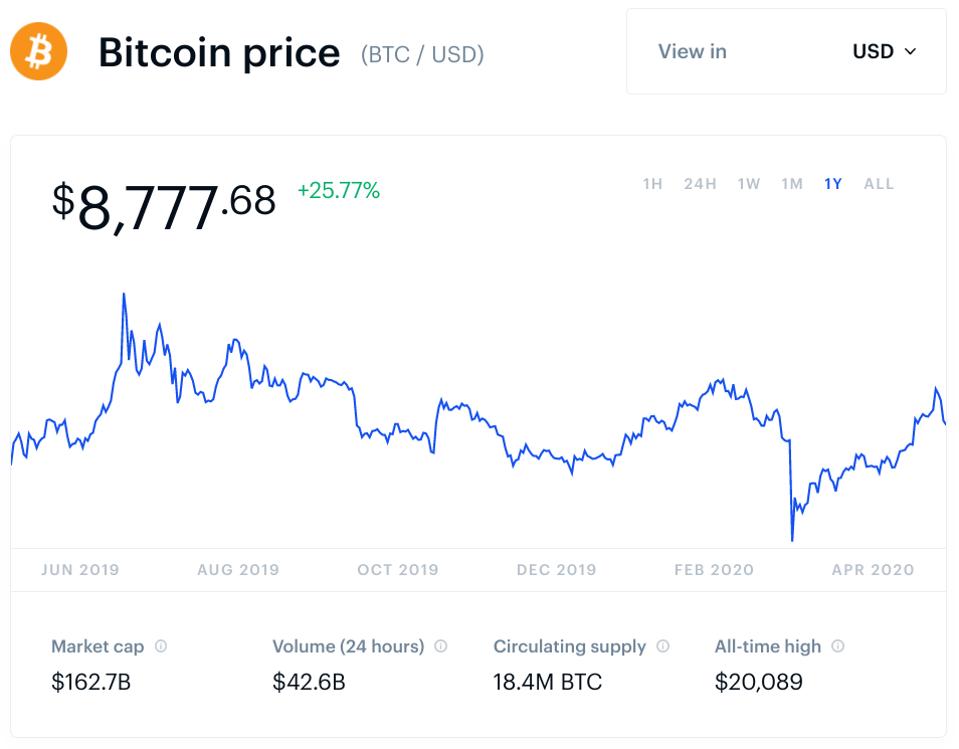 The bitcoin price is up 25% over the past 12 months and bitcoin has now recovered all its … [+] coronavirus crash losses.

“At this price level, miners using rigs from 2016-18 will not be profitable,” said Rich Rosenblum, co-head of trading at crypto market maker GSR.

“They’ll start to stream out of the market, lowering bitcoin’s hash rate. It’s likely that more bitcoin will be sold by miners to help finance new machines. Additionally, the production of new machines has been slowed by the pandemic and its impact on the supply chain. Depending on how long prices stick around this range, we may not see this level of mining activity recover until next year.”

Bitcoin’s hash rate, a measure of the computing power being directed at the bitcoin network, climbed to a fresh all-time high ahead of the halving as miners tried to squeeze as many bitcoin from the network as possible before the supply cut.

If too many miners begin selling freshly minted bitcoin to pay for their operations, they could flood the market.

“If the price of bitcoin goes down, it will likely force weaker miners to wind down their operations,” said Jerry Chan, chief executive of TAAL, a publicly traded crypto mining company focused on bitcoin offshoot bitcoin SV.

“They are selling the bitcoin in their treasury to pay off their financial commitments to the hashing farms for hosting and electricity. That constant liquidation is flooding the market to the downside, making it harder for other miners to continue to operate at a break even or profitable manner.”

Senator: No Student Loan Payments If You Have...

As Bitcoin Struggles, This New Crypto Has Soared...