Home Finance Bitcoin Prices Did Their Own Thing In May
Finance 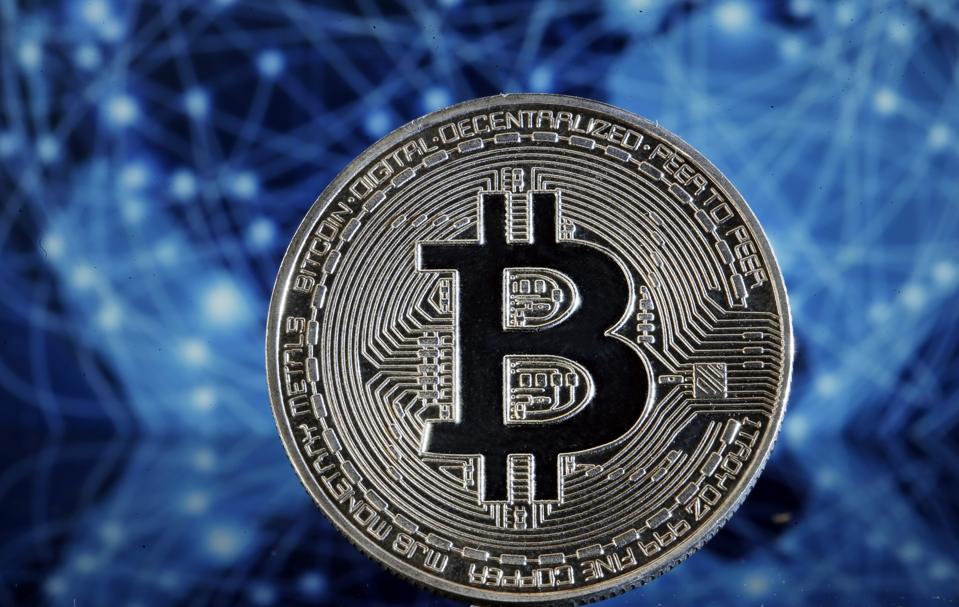 Bitcoin’s price fluctuations were unphased by major events in May. (Photo by Chesnot/Getty Images)

Bitcoin, like many other assets, charted its own path in May, moving out of tandem with major news events.

However, the cryptocurrency quickly lost all those gains, plunging to less than $8,200 by May 9th, additional CoinDesk figures reveal.

In the remaining weeks, bitcoin recovered, repeatedly moving toward $10,000 but failing to breach that level.

Paul Tudor Jones, a billionaire hedge fund manager, told clients earlier this month that he was purchasing bitcoin as an inflation hedge, according to Bloomberg.

Jones was one of the 400 richest people on the planet at the time of this writing, according to a recent estimate made by Forbes, which placed his net worth north of $5 billion.

Emphasizing that governments have spent trillions of dollars on asset purchases and fiscal stimulus in recent months, he chose bitcoin over other assets like commodities and Treasuries, Bloomberg reported.

Bitcoin experienced a halving on May 11th, during which the mining reward was reduced from 12.5 bitcoin to 6.25 bitcoin.

As a result of this development, the rate at which new supply of bitcoin enters the system was cut in half.

While bitcoin didn’t enjoy sharp gains right after the halving, such upside is probably on its way, said Tim Enneking, managing director of Digital Capital Management.

“The halving has never had much of an effect right on the halving date,” he stated.

“The big move from that is almost certainly still coming.”

A little over a week later, on May 20, Twitter handle Whale Alert tweeted that 40 units of bitcoin had been “transferred from possible #Satoshi owned wallet (dormant since 2009) to unknown wallet,” an event that generated significant visibility.

Another development that grabbed the attention of crypto enthusiasts was the revelation that Goldman Sachs’ Investment Strategy Group was planning to criticize bitcoin on a May 27 client call.

A slide deck for this event was released ahead of the call, and Michael Dudas, founder of The Block, tweeted about it on May 22.

“Cryptocurrencies Including Bitcoin Are Not an Asset Class,” the investment bank wrote at the top of one slide, emphasizing that digital currencies do not generate earnings or cash flow.

“We believe that a security whose appreciation is primarily dependent on whether someone else is willing to pay a higher price for it is not a suitable investment for our clients,” the slide deck stated.

The statements made by Goldman Sachs have drawn widespread criticism from market participants.

Michael Moro, CEO of Genesis Global Trading and Genesis Capital, described the investment bank’s analysis as “rudimentary, to say the least,” claiming that it “wasn’t meaningful.”

He wasn’t alone, as a weekly newsletter released by TradeBlock emphasized that:

“The investment bank’s critiques have limited merit, given that various digital currencies do in fact generate ‘cash’ flows such as exchange tokens which often pass value on to investors in a manner similar to dividends or buy-backs.”

“The cryptocurrency market is driven by global retail investors primarily,” he stated.

“As a result, Goldman Sachs saying that it’s not an asset class or worthy of investment…doesn’t really have an immediate negative effect!”

Moro spoke to the way that bitcoin markets behaved over the last month, noting their irregular nature, but emphasizing that the digital currency is not alone in acting this way.

“The assessment that bitcoin price remains uncorrelated, even with splashy industry news is mostly accurate,” he stated.

“In general, though, I feel like all financial markets are uncorrelated to news right now. Given everything that’s happening in the world today, does it make sense that NASDAQ is flat for the year?” emphasized Moro.

While people and governments around the world have been dealing with myriad challenges, the ensuing turmoil may be motivating more people to explore digital currencies, said Catherine Coley, CEO of Binance.US.

“Crypto access and awareness continues to expand while the non-digital world becomes increasingly unstable,” she stated.

“As we are all stuck at home, more stimulus packages are being sent out through USD while digital currencies, like BTC, untied to the traditional banking system, appear more attractive as Americans look for additional ways to build their financial health and diversify their assets.”