Bitcoin’s 2020 rally has somewhat stalled—but the bitcoin price could be poised to soar.

The bitcoin price, up over 30% since January 1, has been hovering around $10,000 per bitcoin for the past month.

Now, bitcoin could double to $20,000 before the end of the year, returning to its 2017 all-time high, according to a bullish Bloomberg analyst. 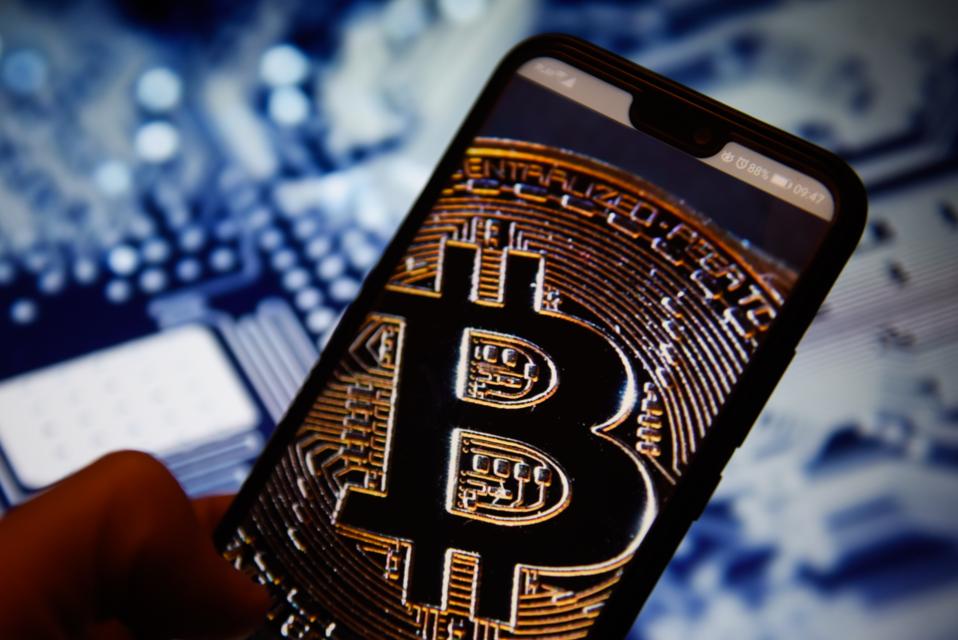 Bitcoin has been treading water for the past few weeks, with the price struggling to break over the … [+] psychological $10,000 per bitcoin level.

“In the unlikely event of a significant change for the worst, we expect the bitcoin price to continue appreciating,” said Bloomberg’s senior commodity strategist Mike McGlone.

“This unprecedented year of central-bank easing is accelerating the maturation of the first-born crypto toward a digital version of gold, while accentuating oversupply constraints in most of the market.”

Never-before-seen central bank stimulus measures and fresh quantitative-easing is “helping independent stores-of-value such as gold and bitcoin,” McGlone found, with the bitcoin price possibly climbing as high as $28,000 this year.

McGlone also pointed to bitcoin’s strong rebound from its March coronavirus-induced crash to under $4,000 and the coronavirus pandemic accelerating the trend away from physical cash and toward digital money.

Meanwhile, bitcoin’s third supply squeeze last month could be a catalyst for the bitcoin price to begin climbing, according to McGlone.

In May, the number of bitcoin rewarded to those that maintain the bitcoin network, called miners, was cut by half—dropping from 12.5 bitcoin to 6.25. 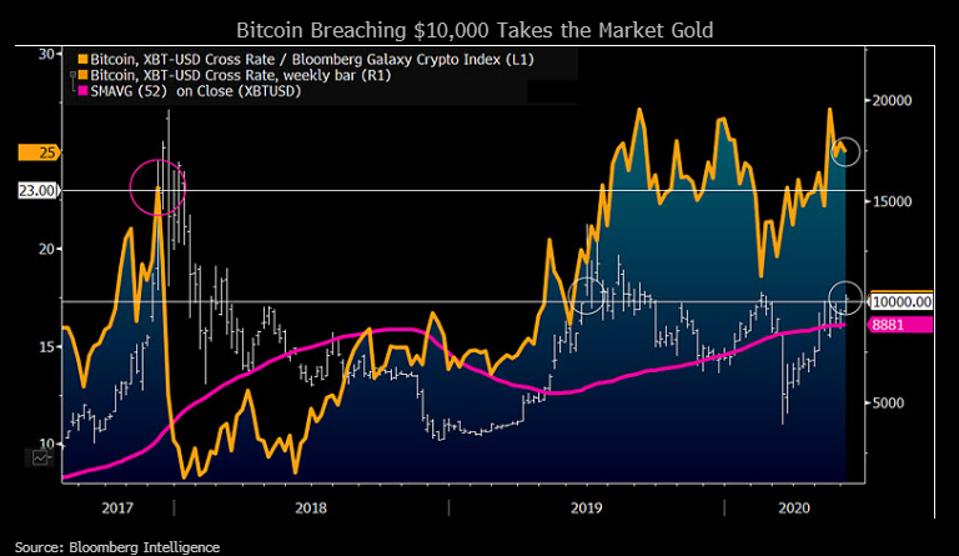 Bloomberg’s Mike McGlone thinks “something needs to go really wrong for bitcoin to not appreciate.”

“Bitcoin is mirroring the 2016 return to its previous peak,” McGlone said.

Elsewhere, 2020 will see “increasingly favorable technical and fundamental underpinnings” for bitcoin, with adoption, which McGlone sees as the primary bitcoin metric, remaining positive.

“Maturation, greater depth and plenty more exposure via futures should continue to suppress the first-born crypto’s volatility, clearly keeping it tilted toward price appreciation,” according to McGlone.

However, bitcoin appears to be “breaking away” from the wider cryptocurrency market.

“We see little upside in the [ethereum] price absent a rising tide from bitcoin,” McGlone said.

“The pre-eminent crypto is breaking away from the pack in terms of adoption and is supported by almost-ideal macroeconomic conditions for stores-of-value amid quantitative easing.”

MORE FROM FORBESBitcoin Could Be About To Surge To $100,000 After Stock-To-Flow Update RevealedBy Billy Bambrough 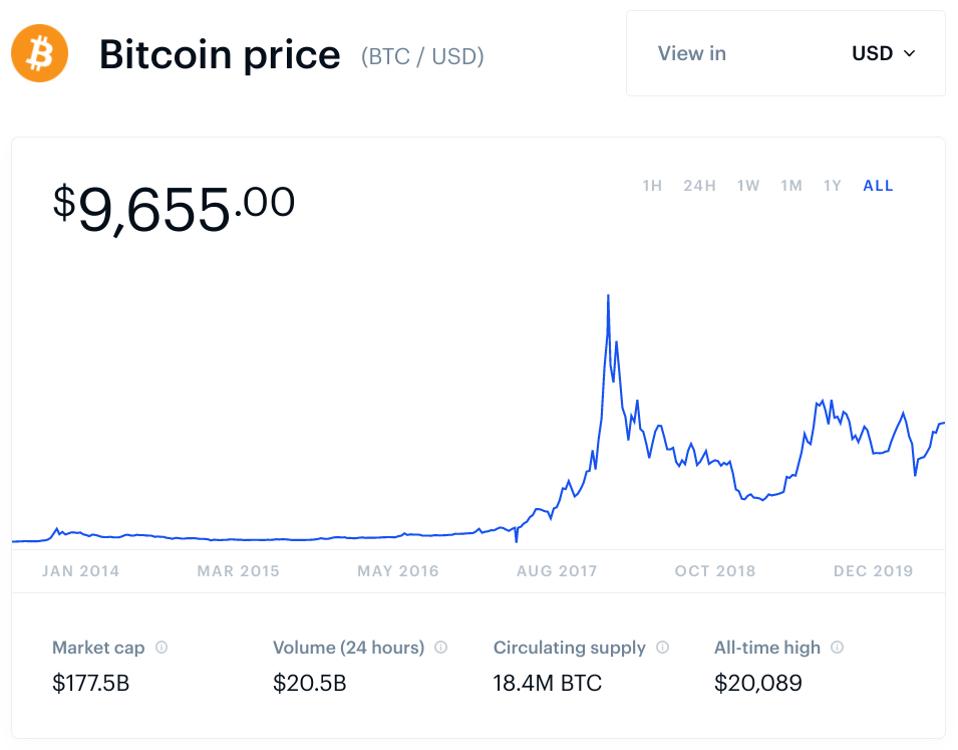 The bitcoin price is currently around half its $20,000 per bitcoin high but some think it could … [+] return to that level later this year.

“Many of these projects are launching in the near future, possibly driving a fourth crypto cycle.”

The bitcoin and crypto community was set alight last month by news legendary macro investor Paul Tudor Jones is buying bitcoin as a hedge against the inflation he sees coming as a result of unprecedented central bank money-printing, saying bitcoin reminds him of the role gold played in the 1970s.

Earlier this week, one of the most closely-watched bitcoin analysts, an anonymous strategist who claims to be a member of an institutional investment team that manages around $100 billion in assets, has released an update to his so-called stock-to-flow model, suggesting the bitcoin price could be about to surge to around $100,000.

UFC On TV And Live Stream Tonight: How To Watch UFC 250 Nunes Vs. Spencer Card