Breaking
4 Tips For Attracting Your First ‘Dream Client’...
Want To Generate More Sales This Holiday Season?...
Your ‘Harvest Moon’ Moment Is An Illusion: Why...
Google Meet’s Unlimited Calling Will Continue To Be...
The Need For Speed-Is Quantum Computing A Good...
Stock Market Crash: The End Game Approaches
Best Video Conferencing Software
House Democrats Debate Bill To Allow Student Loan...
For These Indigenous Artists “Land Back” Is Both...
The Current Tech Stock “Bubble” Reflects Pessimism, Not...
A Look At What’s Inside House Democrats’ New...
Page Authority 2.0: An Update on Testing and...
How Public Health Experts Are Harnessing The Power...
This Husband And Wife Built A Luxury Brand,...
This Husband & Wife Built A Luxury Brand,...
Luxury Footwear Brand Chelsea Paris Re-Launches And Stays...
Home Finance Bitcoin Will ‘Moon’ If The U.S. Creates A New Digital Dollar
Finance

Bitcoin Will ‘Moon’ If The U.S. Creates A New Digital Dollar

Bitcoin has been searching for direction this week—struggling to climb along with traditional markets after the historic coronavirus-induced crash earlier this month.

The bitcoin price, down around 25% over the last 30-day period, had recorded its best start to a new year since 2013 until the coronavirus crisis sparked global market turmoil.

However, with the long-rumored digital dollar appearing to take shape this week, bitcoin, as well as other digital assets, could be about to take a step toward mainstream adoption—and potentially see the kind of interest that pushed the bitcoin price to last year’s highs. 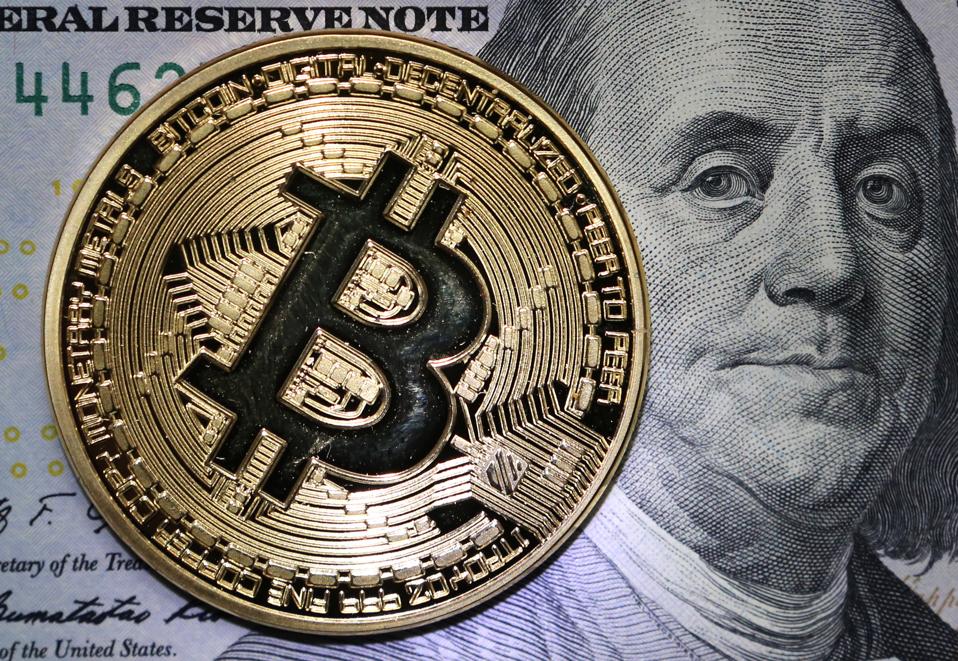 If the U.S. moves to create a digital dollar, which we’ve seen this week there is some appetite for … [+] in Washington, then it will spark a fresh wave of interest in digital assets such as bitcoin.

Plans for a new digital dollar were included in a draft stimulus bill put together by the U.S. Democratic Party as a means to make payments to people and businesses hit by coronavirus-induced economic turmoil.

According to the plans, the U.S. Federal Reserve would offer bank accounts to all Americans, branded FedAccounts.

The FedAccounts would allow the government to bypass commercial banks and turn retail banking into a public service—everyone would have a FedAccount just as they have a social security number that they could use to send and receive dollars.

It’s unclear whether a new digital dollar would use bitcoin’s blockchain technology or a traditional, centralized database.

Though the new digital dollar plans were ultimately cut from the bill before it was put to the the House vote, its brief inclusion rekindled a conversation about mainstream digital currency that was started by social media giant Facebook last year when it began work on its libra cryptocurrency project—something that caused the bitcoin price to more than double in under six months.

Last year, the bitcoin price was pulled out of a deep bear market by rumours some of the world’s biggest technology companies, from iPhone-maker Apple to social media giant Facebook, were poised to jump into the cryptocurrency game.

Facebook moved first, revealing its plans for stablecoin libra and attracting a wave fresh criticism of the company that was still trying to repair its reputation following a string of privacy and data-sharing scandals.

The regulatory backlash against Facebook last summer almost derailed its libra plans and discouraged other technology or finance companies from trying anything similar, putting the bitcoin price back on a steep downward trend—with bitcoin interest and adoption struggling.

“Through dollar-backed stablecoins, people could [grow to] understand that they can have full access to their financial lives.” 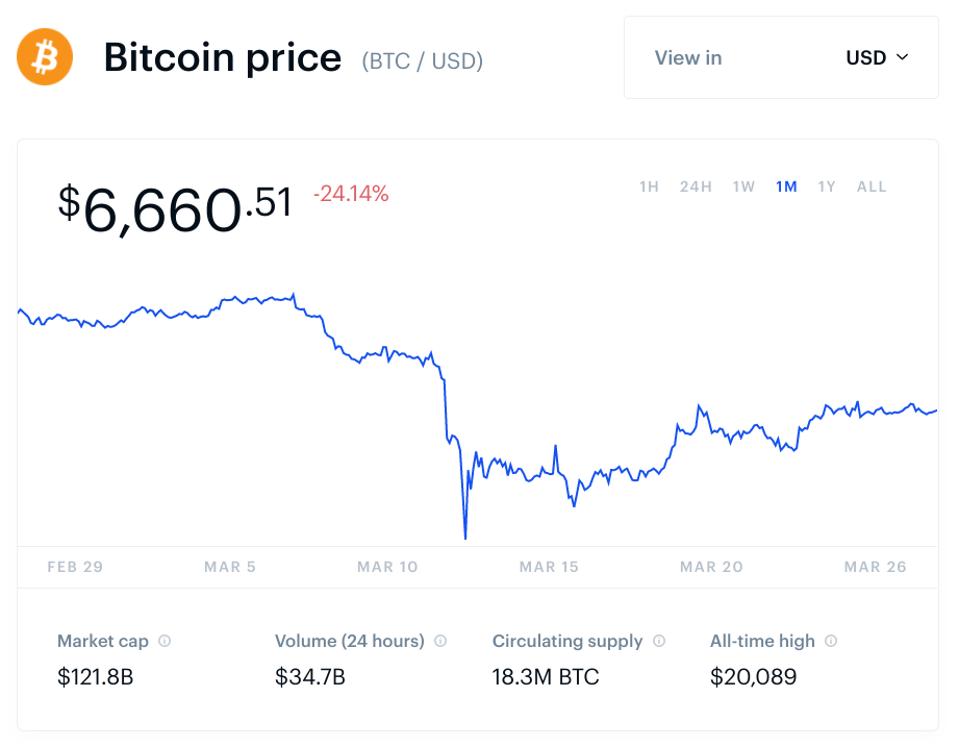 The bitcoin price has struggled to climb along with traditional markets this week after taking a big … [+] step down earlier in the month–though bitcoin bulls remain confident the bitcoin price will climb in the medium to long term.

Other senior bitcoin and crypto industry figures are unconvinced a new digital dollar will be a positive development for bitcoin adoption, however.

“[A digital dollar] would be … fascinating and a good move in the direction of leading the U.S.,” chief executive of BinanceUS, Catherine Coley, told crypto new site Cointelegraph, adding: “In terms of how that actually affects the adoption rate or the financial inclusion that we see as benefiting from digital assets, it’s a little bit different.”

Meanwhile, the massive coronavirus-induced stimulus that propelled the digital dollar to the forefront of policy maker minds is itself pushing people toward bitcoin and other scare digital assets—with the bitcoin and cryptocurrency community convinced the “largest rescue package in American history” will mean a surge in bitcoin and crypto interest.

Some think the historic emergency rescue packages being readied by the Fed and other central banks around the world will still not be enough to support markets and the economy in the face of a prolonged pandemic-preventing shut down.

Meanwhile, after the digital dollar plans were scrapped from the coronavirus stimulus bill, a similar proposal cropped up in a draft Senate banking bill unrelated to the coronavirus pandemic—suggesting this conversation is far from over.

With a new digital dollar now on the table and confidence in Fed about to take a hit, bitcoin has a lot to gain.

IRS Continues To Limit Operations Due To Coronavirus Crisis, But Will Still Issue Tax Refunds