Bitcoin’s Magic Is Fading, And That’s A Good Thing 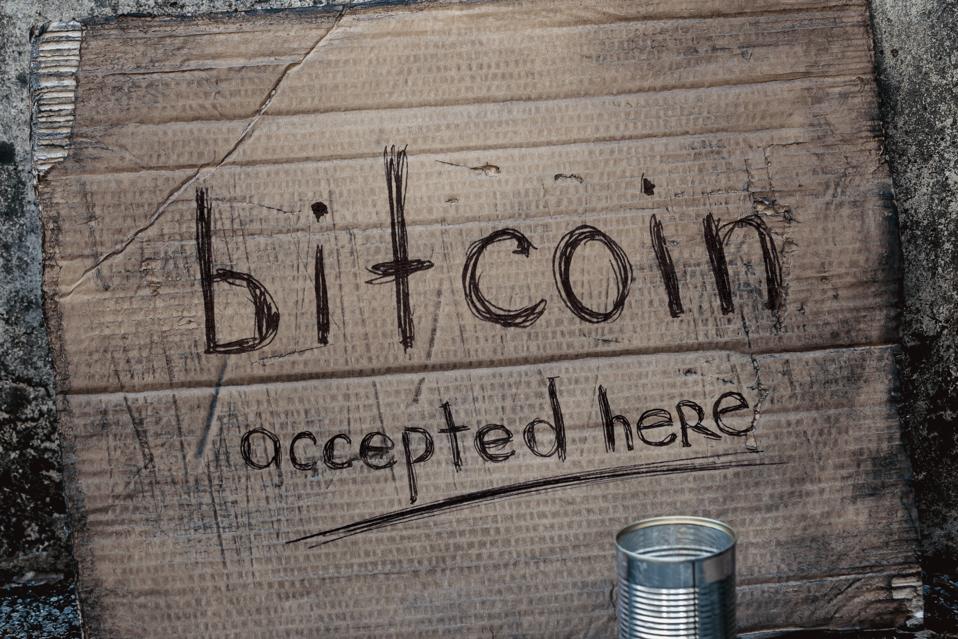 As bitcoin’s price appears to be correlating with traditional markets, it’s undergoing an identity … [+] crisis that could kill it, or see it evolve.

Bitcoin is no longer the magic internet money that it’s long been branded. There are no dark forces causing it to behave the opposite of traditional markets. There is no algorithm that forces it to zig when the rest of the world zags. In large-part, there are just a lot of freaks and weirdos, disenfranchised idealists, citizens of countries with untrustworthy central banks, doing things that traditional investors think are crazy.

From the outside, all these seemingly irrational early bitcoin owners doing unorthodox things with an asset that doesn’t rely on any central bank or securities depository, gave the appearance that bitcoin wasn’t correlated to traditional markets, or even safe-havens like gold. After all, when the S&P 500 dropped, bitcoin shot up. When banks in Cyprus collapsed, bitcoin was bolstered. And it was a narrative bitcoin purists—perhaps foolishly—propagated. If normal people, the enfranchised, the folks in countries with stable currencies, started buying, it could only drive the price of the scarce asset higher, or so was the thinking.

Then came the coronavirus, wreaking havoc on global finance, and everything changed. Or to be more accurate, people started to see what bitcoin really was. Starting around March 11, as concerns about the coronavirus escalated closures of everything from some of the largest companies in the world, including Apple and Tesla, to local bars and restaurants, the price of the S&P 500 and other global markets collapsed by 10%, taking bitcoin with it. Bitcoin, the digital asset that had come to be identified with its non-correlation, was broken, many warned, and if it was correlated with traditional markets its use and value were gone.

There’s a couple problems with that narrative though. If bitcoin’s value was being driven by it being a non-correlated asset, then the moment it did correlate, its value should have gone down towards zero. Nevertheless, bitcoin’s price has already started to recover, right along with traditional markets, increasing by 16% over the most recent 24-hour period. If non-correlation was core to bitcoin’s value, why was it increasing right along with traditional markets? Second, people were buying, and more importantly, using bitcoin long before traditional investors started talking about bitcoin being non-correlated at all.

Early bitcoin users bought bitcoin for largely ideological reasons. In loosely chronological order, they used it because: it was fun and weird; it let them buy things online without needing to use a bank, much less a central bank; it let them buy things online, like drugs, that they couldn’t use a credit card for; it couldn’t be seized if their government found them unsavory for any reason; it couldn’t be manipulated by printing more. And that’s just to name a few.

There was no talk of hedging in those early days. There was no talk of diversifying a portfolio, and what percent one should have on hand. Back then, they weren’t even really called “investors” at all. They were “holders.” To be sure, fortunes were made, and lost, due to lack of those considerations. Accidental millionaires were created, as was complete financial devastation.

Then, over the counter trading became a thing. Grayscale paved the way in 2015 by securitizing bitcoin and other cryptocurrencies, letting accredited and institutional investors who might not otherwise be legally allowed to touch the asset gain exposure. Then traditional financial institutions like Fidelity and CME Group got involved, not only making it easier for traditional investors to participate in the nascent economy, but expanding the kinds of behaviors exhibited by the people who own bitcoin. These were the hedgers, the portfolio makers, the day-traders. The frenzy caused by such vaunted interest in part helped drive the price of bitcoin to nearly $20,000 at the end of 2017, before it collapsed to $4,000. By June 2020 the price had recovered to $13,000.

Then, in the Fall of 2019, something happened. We’re still not sure what it was, but it appears a bunch of new investors started buying bitcoin, according to data created by cryptocurrency data firm, CoinMetrics and others. Very little is known about this spending spree, but from September to December, those investors filled up their coffers with crypto. The price rather benignly moved from $10,000 to $7,100 over the same time. A relatively small movement, especially for seasoned bitcoin traders who were used to seeing that kind of action in a single day.

However, we wouldn’t learn about this new breed of investor until March 11, that fateful day when fears over coronavirus started to reach a frenzied note. That day, 281,000 bitcoin that its owners had held for a mere thirty days were sold, according to CoinMetrics, while only 4,131 bitcoin that had laid dormant for a year or more moved, indicating that the vast majority of the volatility was almost certainly from new buyers.

The following day, those actions had aligned bitcoin’s movements with the S&P 500 more than it had ever been before, based on CoinMetric’s calculation of what is called the Pearson correlation, which shows the similarity between two sets, and has stayed at about that level for the past five days, according to the firm. A separate analysis by financial services firm Unchained Capital found that over a longer time period, from March 11 to March 15, a majority of the volatility, or about 458,000 bitcoins, came from accounts that were between one month and one year old. Cryptocurrency exchange Kraken has actually seen an 83% increase in the amount of account signups over the week of the collapse, compared to the week before—people looking to capitalize on the low price.

To be clear, we don’t know anything about the investors who triggered the sell-off, or what were their motives. All we know is their accounts were new, they all started selling at about the same time, either corresponding with, or triggering the tightest market correlation with the S&P 500 bitcoin has ever experienced. Even as they were making their trades though, whispers of “buy the dip” could already be heard among the old-school bitcoin holders.

In the fall-out surrounding coronavirus, banks once again started printing money to create the liquidity that’s crucial to keeping the global financial gears lubricated. Could bitcoin’s limited supply still prove to be an antidote? Some asked. Might bitcoin evolve into something else entirely? For an open-source currency, constantly being recreated by the very people who own it, anything is possible. Until then though, don’t be surprised when bitcoin behaves exactly the way its owners do.

So, if bitcoin isn’t magic, what is it? At its core, its underlying blockchain technology is just the ability to prove that a digital item is only in one place at a time. That ability laid the foundation for it to possibly, someday, acquire value, which it has. But unlike other assets, it’s also a payment rails, a way to move that value. How much is an asset with its own native payment rails worth? Right now it’s worth $6,200 per bitcoin for a total market value of $113 billion, not counting the vast infrastructure in place to support it. For some comparison though, Visa and Mastercard together are worth about $500 billion dollars.

Really though, what makes bitcoin different, is it was the first financial innovation ever adopted by cooky retail investors first. And when traditional investors, used to seeing their own image reflected in innovation, saw something else, they assumed it was magic. When all it really was, is a payment system, and dare I say, a store of value, that lets people own the asset and the infrastructure. Everything else is up in the air.

Coronavirus Insights From Italy: Isolate And Keep Your Friends Close