Breaking
Why businesses should prioritise Cyber Security
What You And Your RTO Business Need To...
4 SEO Trends for Websites You Should Not...
3 Reasons Why Desk Booking Is Rising In...
8 Tips to Play & Win at Online...
How can software benefit facility management?
Do Professional Casino Players Pay Taxes for the...
Becoming a Trading Expert: What Is the Best...
Dos and Don’ts for B2B Organisations in 2022
Should your business be using Machine Vision?
Colour Masterbatch vs Raw Pigments – Which Is...
Keeping your business moving as you expand online
Top Four Celebrities Who’ve Invested In Cryptocurrency
Why is Cloud Computing Tipped to be the...
How to Raise Money for Non-profit Organizations in...
Choosing the right theme for your WordPress Business...
Home General Bizarre Mystery Lifeforms Found Deep Beneath Antarctic Ice
General 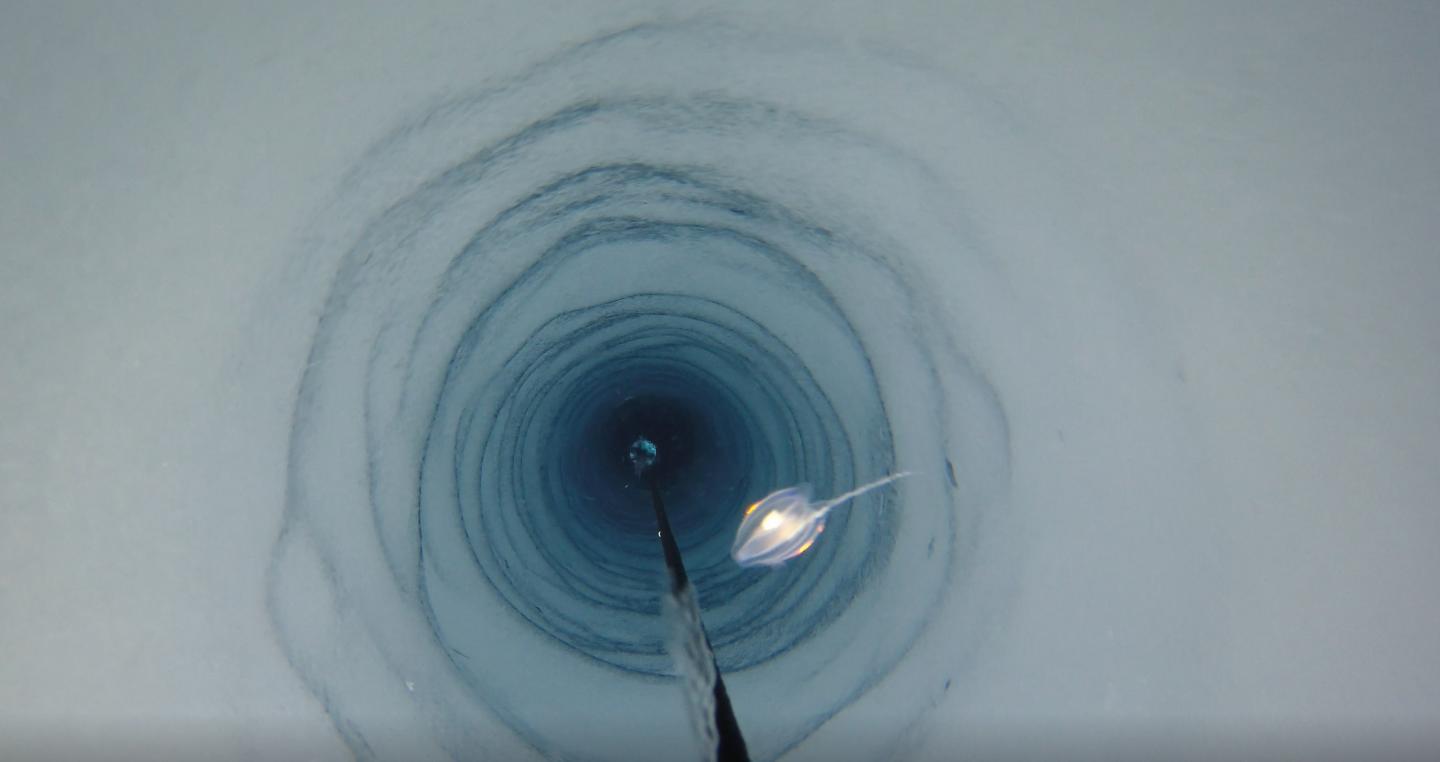 Beneath half a mile of ice at the bottom of the world, in the dark and far from the open ocean, some extreme organisms seem to be doing just fine.

That was the unexpected discovery made during an exploratory survey of an ice shelf in Antarctica.

“This discovery is one of those fortunate accidents that pushes ideas in a different direction and shows us that Antarctic marine life is incredibly special and amazingly adapted to a frozen world,” says biogeographer Huw Griffiths from the British Antarctic Survey.

Griffiths’ team accidentally stumbled upon what appears to be some sponges and other filter-feeding animals attached to a submerged boulder in the frigid depths of the southeastern Weddell Sea.

The researchers drilled down through 900 meters of the Filchner-Ronne Ice Shelf, situated over 160 miles from the open ocean. Yet despite being cut off from most light, warmth and the sea, the large, strange creatures are all over a big rock.

“Our discovery raises so many more questions than it answers,” Griffiths says. “Such as how did they get there? What are they eating? How long have they been there? How common are these boulders covered in life? Are these the same species as we see outside the ice shelf or are they new species? And what would happen to these communities if the ice shelf collapsed?”

A paper on the discovery has been published in the journal Frontiers in Marine Science.

The embedded video above shows a camera and light being lowered into a hole bored in the ice. After a somewhat clumsy collision with the boulder, a number of large stalk and sponge-type organisms are clearly visible.

The researchers believe this is the first such discovery of its type and are calling for new Antarctic expeditions to explore this rarely-glimpsed, hidden and inexplicable ecosystem.

“As polar scientists, we are going to have to find new and innovative ways to study them and answer all the new questions we have,” Griffiths says.

Economy Will Be ‘Supercharged’ After Pandemic But There’s One Big Risk, Moody’s Says (It’s Not Inflation)