TOPLINEAfter five Nigerians tested positive for COVID-19 in Guangzhou, China, the government ordered all residents of African descent to quarantine for 14 days, a move that led to businesses and landlords to issue evictions and bans that many in the African community said were based on discrimination. 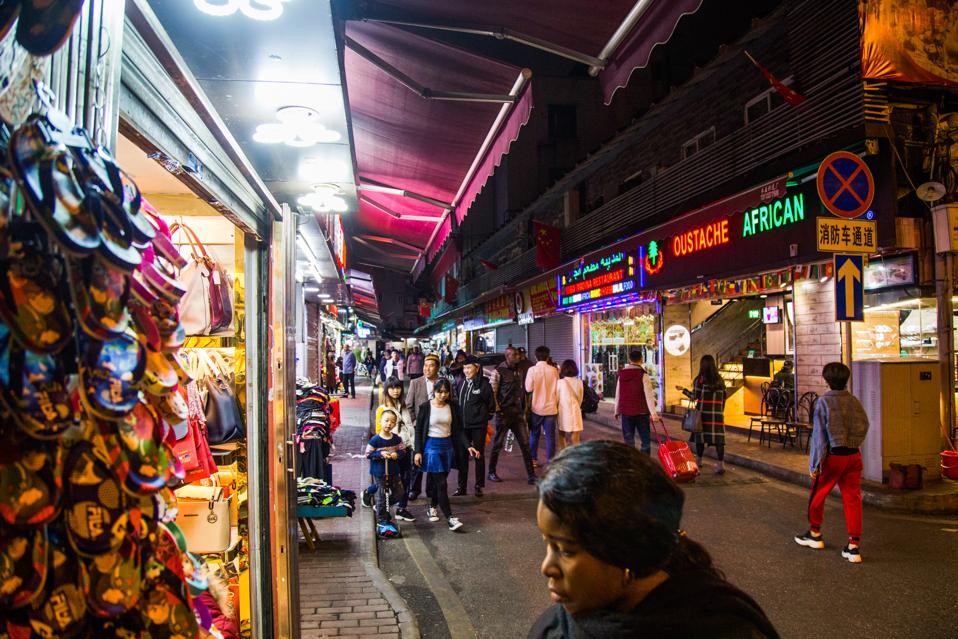 The city of Guangzhou, which has just 463 cases of Covid-19, said that it had tallied 111 imported cases, leading to fears of a second-wave outbreak, according to the South China Morning Post; officials said 10 cases were linked to the business district known as “Little Africa”, including 5 cases linked to a single restaurant.

Following the outbreak, Guangzhou officials announced that all residents of African descent—about 4,500 people—must quarantine for 14 days “regardless of their previous circumstances or how long they have been in Guangzhou,” reports the South China Morning Post, adding that African residents’ homes will be monitored with a tracking devices that will alert officials if they “open the door.”

The ban led to reports of African residents being evicted and banned from businesses; people have taken to social media to document evicted African residents sleeping on the street, police interacting with black people and Nigerian diplomats delivering food to their now-homeless compatriots, causing foreign ministers of Uganda, Kenya, Ghana and Nigeria to speak out in protest.

African diplomats reportedly sent a letter to China’s Foreign Minister Wang Yi saying “”The Group of African Ambassadors in Beijing immediately demands the cessation of forceful testing, quarantine and other inhuman treatments meted out to Africans.”

China has denied these allegations of racism, saying that Africans in Guangzhou are not being targeted, with foreign ministry spokesman Zhao Lijian saying that the Chinese government “treats all foreign personnel in China equally, opposes any differential practices targeting specific groups of people, and has zero tolerance for discriminatory words and deeds,” according to the South China Morning Post.

The United States consulate in Guangzhou advised African-Americans to stop travelling to the city on Saturday, the South China Morning Post reports.

One social media post showed a sign in a McDonald’s restaurant that read: “We have been informed that from now on black people are not allowed to enter the restaurant;” McDonald’s has since told Forbes that once it learned of the sign, it “immediately removed the communication and temporarily closed the restaurant” as it was “not representative of our inclusive values.”

Race-based tension has risen in tandem with coronavirus. In the U.S. there has been a notable increase in hostility towards Asian-Americans in online communities, vandalistic acts and dining decisions—and in President Trump own rhetoric, as he called COVID-19 the “Chinese virus.” Italy and the U.K., France and others have also anecdotally seen a rise in sinophobia—anti-Chinese sentiment.

Hats To Masks: The Silver Lining To The Postponement Of The Kentucky Derby