Breaking
Can You Settle Your Student Loans Or Negotiate...
How to Use Amazon Attribution For Ad Campaigns
How To Quickly Start And Scale Your Business
Terra Virtua: What NFTs Can Teach Us About...
5 Easy Steps To Prepare Content For E-A-T...
Physical Inactivity Linked To More Severe Covid-19 Infection...
The 2021 Estimated Tax Dilemma: What Tax-Return Pros...
Want To Digitally Transform Your Business? Start With...
How to Optimize Google My Business and Leverage...
Debunking Link Building Myths in 2021
How, When And Where You Can Gaze At...
SBA Opens $16.2 Billion Shuttered Venue Operators Grants...
What are the Essential Features of a Small...
Trends In Executive Recruiting That Will Help You...
The Growing Case For Banning Pesticides Linked To...
The Reopening High – But Long-Term Issues Cloud
Home Finance Black Wealth Matters. AI Can Help Create It. Here’s How.
Finance

Black Wealth Matters. AI Can Help Create It. Here’s How. 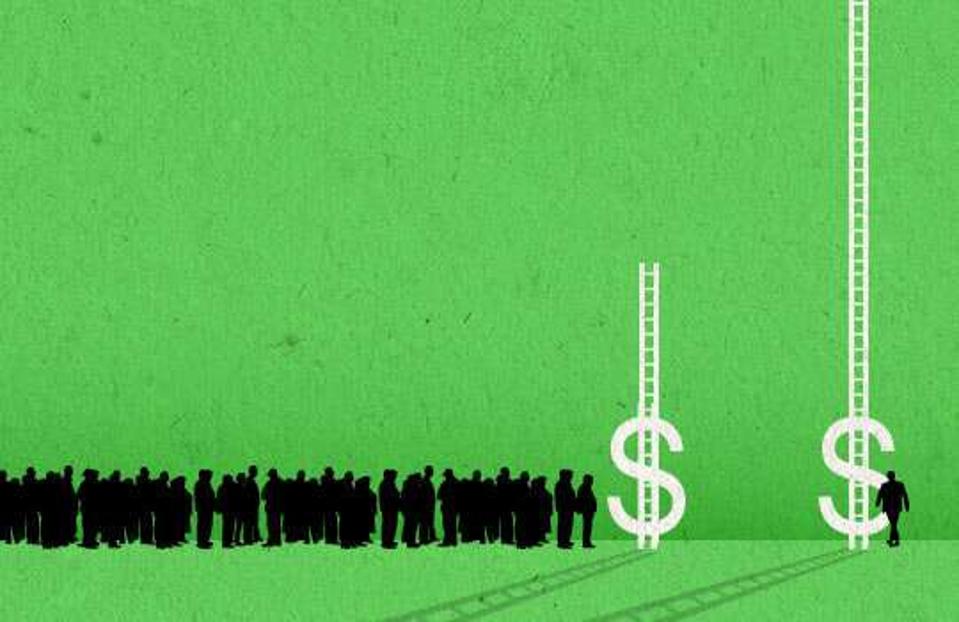 AI can help narrow the racial wealth gap in America

The protests sparked by George Floyd’s death have led to a focus on institutional racism and inequality that we’ve rarely, if ever, seen in corporate America. Business leaders are paying attention to race, which presents an unprecedented opportunity for change.

As a finance executive and entrepreneur, I’ve asked myself what role financial institutions should play at a moment like this. Beyond the obligatory statements of solidarity that #BlackLivesMatter, what can consumer lenders do to close the unjust gaps in our economic system and further the goal of racial equality?

I’ll tell you: lenders can update the methods they use to determine who gets access to credit and who doesn’t. Here’s how.

Credit access is essential for wealth creation and upward mobility. The ability to get a home, auto, or business loan is a touchstone of financial growth and stability—and access to that touchstone rests on your personal creditworthiness as determined by a lender.

Every consumer lender in the industry relies on a set of credit scoring methods that decide who is approved for loans and who isn’t. And the unfortunate reality is that the vast majority of these methods are biased against people of color. To cite just one example of this, Black homebuyers are denied mortgages more than twice as often as whites.

The reason for this bias is a mix of mathematics and skewed data. Most lenders use algorithms that consider a small number of data points (20 to 50) about a potential borrower including income, net worth, prior defaults and existing credit.

These variables are useful predictors. They’re also major drivers of disparity. For a number of historical reasons, African-Americans lag behind whites in income, net worth, educational opportunities and more. So when a conventional model looks at a Black applicant against a white one, the latter will likely appear to have “stronger” metrics and seem more creditworthy.

AI-powered algorithms, meanwhile, can use hundreds or even thousands of variables, and ask much broader questions. Do you pay your cell phone bill on time? How about your rent bill? If you declared bankruptcy in the past, was it because of a catastrophic health issue or poor spending habits? Considering more information provides a more detailed and nuanced portrait of any given applicant—and can increase credit access for people who may lack the “traditional credentials” of an approved borrower.

Lenders who use traditional credit scoring methods likely never intended to discriminate by race. But financial institutions have been slow to adopt new and more fair underwriting methods, despite the fact that many such methods have existed for years and are free and open source. This slowness is partly because an admission that biased models were used in the past could expose an organization to legal and reputational risk. And partly it’s because the people responsible for “fair lending” in these institutions often lack the resources, internal clout or incentives to innovate.

Real change will require CEOs and senior executives pushing their organizations to embrace fairness and adopt unbiased credit scoring techniques. If financial institutions want to close the opportunity and financial gaps that keep our unjust racial hierarchy in place, they must put their money where their messaging is. And if the public cry for racial justice isn’t incentive enough to change, legislators and regulators are starting to pay more attention to unfair algorithms (though there are signs that some have been asleep at the wheel).

To be sure, AI is hardly the solution to racial inequality. In fact, if done poorly AI can exacerbate bias and cause harm. Already, several AI algorithms have shown racist outcomes and even put African-American lives in danger. But given the evidence that, if used correctly, AI tools can increase credit access for millions of deserving borrowers, in this instance AI can help level the playing field.

If a tool exists to ameliorate some of the impact of racial inequality in our society, lenders have an obligation to use it now. COVID-19 has crushed Black-owned businesses and disproportionately harmed Black families, leaving millions of people vulnerable to economic conditions in an already biased system.

It’s past time we modernized the credit scoring system to help end the cycle of Black wealth disparity. #BlackWealthMatters and the time for America’s financial institutions to prioritize it is now.