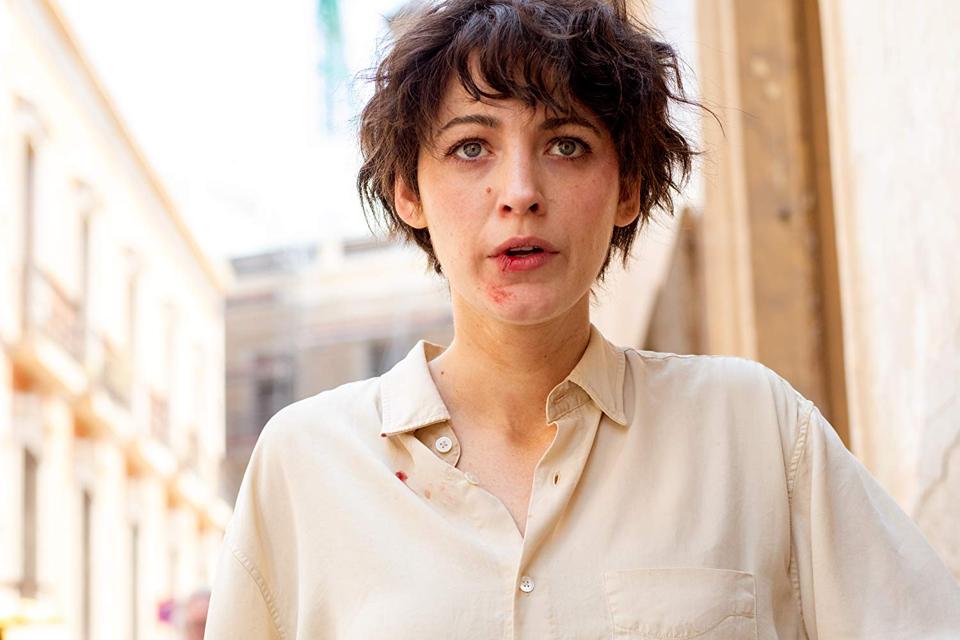 First, before we get into the movie noted in the headline, United Artists released Gretel and Hansel into 3,007 theaters on Friday, with an opening weekend of around $5.8 million. That’s nothing special, even for a $5 million, low-profile PG-13 horror movie. Super Bowl weekend has often been a place for polished, low-budget horror to thrive alongside the big game. Think, offhand, The Woman in Black in 2012, When a Stranger Calls in 2006 and Darkness Falls in 2003. The good news is that the somewhat well-received (especially among critics who can be considered horror movie experts) reimaging of the classic fairy tale (starring Sophia Lillis, Sam Leakey and Alice Krige), courtesy of director Oz Perkins (The Blackcoat’s Daughter, I Am The Pretty Thing That Lives In The House), is all-but-destined for cult movie status.

Bleecker Street’s The Assistant opened in four theaters on Friday on a wave of solid reviews and its unofficial reputation as “the Harvey Weinstein movie.” The Kitty Green flick, starring Julia Green as a newbie Hollywood assistant who takes a job at a company modeled on 1990’s Miramax, is allegedly more of a generalized drama about gender-specific power dynamics in corporate America rather than a specific reenactment of Weinstein’s much-discussed malfeasance. The film earned around $89,000 over the weekend for a $22,168 per-theater average. I don’t expect this to break out beyond the indie/art house scene, but it should expand at least a little bit over the next month. Again, it’s going to be one of those “four reviews/think pieces for every ticket sold” releases, but I hope to catch it soon.

And now we discuss The Rhythm Section. Audiences have arguably failed to put their money where their mouths are, or maybe it’s another case of online chatter not representing general audience interest. The folks clamoring for a female 007 didn’t show up for Blake Lively’s R-rated action thriller produced by the very same company (EON Productions) that is responsible for the James Bond flicks. Reed Morano’s grim revenge story, starring Lively as a civilian avenging the murders of her family, got negative reviews. I would argue it’s worth a matinee if you like Lively and/or espionage movies closer in tone to The Spy Who Came In From The Cold than Mission: Impossible II. With a much-delayed release (partially due Lively’s on-set injury) and no buzz, the $3 million opening weekend gross is sadly unsurprising.

To be fair, along with the lousy reviews (however much I might disagree with that consensus), Paramount’s The Rhythm Section is not a thrill-a-minute action-adventure movie. You could tell even from the grim and stark teaser trailer that its emphasis was rooted in its lead character’s passion play, as opposed to trailer-friendly action beats and gif-friendly empowerment moments. The movie subverts the “strong, bad ass female character” cliché (it’s not a Luc Besson knockoff) by presenting a wannabee female action hero who is, even to the end, not terribly good at the whole “kicking ass and saving the day” thing. The comparative and realistic mediocrity of Lively’s protagonist, in terms of fighting and killing, adds to the tension and suspense. It plays well into one of the scarier cinematic car chases I’ve seen in recent years.

If folks barely showed up for Atomic Blonde, which was a comparatively conventional espionage actioner (with Charlize Theron kicking ass, dropping quips and looking hot while doing it), then Rhythm Section was DOA. The very thing that makes a movie interesting and unique also rendering it less commercially viable. Nonetheless, EON spent $50 million on an R-rated, female-led spy actioner and nobody showed up. One reason I expect Scarlett Johansson’s Black Widow to be hit in May, along with the obvious MCU brand, is that it’ll be a distinctly “new to you” female-led actioner for the very folks who claim to want this stuff but don’t show up for Atomic Blonde, Red Sparrow, Rhythm Section and/or Proud Mary. Think how revelatory Joker looked to those whose cinematic diet was mostly comprised of mainstream tentpole/franchise fare.

Lively has built a reputation in the last few years as a modest “butts in the seats” movie star for modestly-budgeted flicks in varying genres. The Sisterhood of the Traveling Pants and Gossip Girl star’s last three vehicles all overperformed. She opened The Age of Adaline to $13 million in April of 2015 and legged it to $43 million (equal to John Wick’s domestic cume seven months earlier with far less fanfare). She helped propel the buzzy and well-liked shark flick, The Shallows, to a $16.8 million opening and $119 million worldwide cume on a $17 million budget in the summer of 2016. Paul Feig’s terrific A Simple Favor, co-starring Anna Kendrick and Henry Golding, opened with $16 million and legged out to $56 million domestic and $97 million worldwide on a $20 million budget in late 2018.

These are not blow-out numbers, but none were comparatively, in a streaming/VOD era, safe commercial plays. If I’m comfortable arguing that Gerard Butler is a B-movie action star for films where a $15 million opening is a unmitigated win, then I’d say the same for Blake Lively. Except her hits were not action movies, franchise-related or otherwise, but rather comparatively looked-down-upon genres like melodramas and trashy airport reads. Ironically, it was her entry into the world of action flicks, which is still viewed as aspirational (especially for women) which resulted in her first star vehicle super-flop. Relatively speaking, audiences prefer Lively as a lover not a fighter. I’m sure that late Patrick Swayze, who found far more success with Dirty Dancing and Ghost than with Road House, Next of Kin and Point Break, could relate.

Lively will survive, partially because she and husband Ryan Reynolds are both ridiculously good-looking, exceptionally charming, rather talented and (most importantly) stupidly wealthy. Alas, I was rather fond of the idea of the perennially underrated actress becoming something of a B-movie box office draw without having to play the love interest or the action hero. And, yes, I may be a little cranky when folks who get pissy online about the Broccolis insisting that 007 be a dude and then don’t show up when they spend $50 million on a new-to-cinema female-fronted action franchise. Oh well, I guess she’ll have to be like everyone else and wait for a call from Kevin Feige, Vin Diesel or Christopher Mcquarrie. Is it too late to cast her as the baddie in The Hitman’s Wife’s Bodyguard?

History Tells Proration Would Cause Chaos In The...

Bears Blink In Pursuit Of Hooper, Instead Agreeing...

James Wiseman Has Little To Lose With Decision...

Seven Ways To Cut Yourself Some SLACC In...