Breaking
Sunday’s Google Doodle Is Actually About Google
Office Of The Comptroller Of The Currency Chief...
Source Code For Multiple Windows Operating Systems Publicly...
Why Forgettable Pfizer Really Is A Great Value...
Hot For The Holidays? Amazon Home Drone, Kid...
Best Small Business Loans
The FAAMG Stocks Drive The Markets
Mall Of America Extends A Hand Of Unity...
Surprise Samsung Galaxy S20 FE Beats Google Pixel...
After Apple And Tesla, Berkshire And Amazon Should...
Is It Wrong To Be Rich In Poor...
‘C&C’ Is 25: How ‘Command & Conquer’ Revolutionized...
Archeologists Vs. Spirit Mediums Exhuming Human Remains In...
Blow To Bitcoin As Portnoy Warns Cryptocurrencies Are...
What an Effective Business Cloud Must Include
5 Ways to Make Running a Business Easier
Home Finance Blockchain Professor Adds Coronavirus To Curriculum As Classes Go Remote
Finance 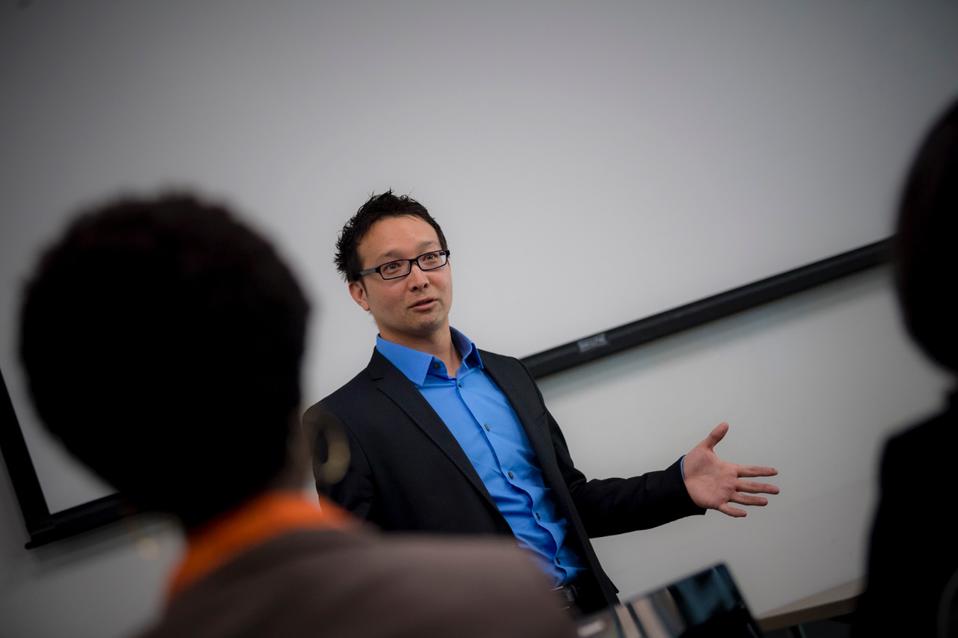 This January, adjunct professor Timothy Mackey, of the University of California San Diego walked into his classroom in La Jolla, California to teach a undergraduate degree class on how government policy can impact global health, just as news of a virus with a star-like corona surrounding its nucleus started to spread. As the group of 60 students, enrolled in the class, Global Health Policy: Advanced Topics, reviewed a module on how governments can slow or accelerate the spread of infectious diseases like SARS, H1N1 and Ebola, the new virus emerged, changing his class in more ways than one.

While government response was initially slow or non-existent, his new teaching material quickly started to pile-up. He has now worked details about that response into a number of government policy courses, including one on how blockchain can be a powerful tool to spread knowledge about rapidly spreading diseases. Such knowledge, he believes, could eventually slow infection rates and help prevent pandemics.

“This is likely just the beginning of a norm of the globalization of infectious disease outbreaks,” says Mackey. “And we can’t effectively respond without leveraging technology to enable better international cooperation.”

For the past four years Mackey, 40, has been studying how moving medical supply chain records to a blockchain, a kind of distributed, shared ledger popularized by bitcoin, could shine a light on the obscure processes. By opening up the records to increased scrutiny, he came to believe that international health officials could more easily identify “choke points” in medical supply chains, and anticipate shortages based on outbreak locations.

By eliminating this drag in the system, those officials, and the businesses themselves, could more easily identify which hospitals around the world were prepared to treat COVID-19 patients and others in need of acute care.  As his studies developed, two years ago, he co-hosted a workshop with the IEEE Standards Association, inviting blockchain engineers and healthcare professionals to learn more about how much the two groups knew about what each other did.

The result of that work is an accredited certificate program at UCSD, developed with Bayer Health and IEEE, called Blockchain Applications for Healthcare. Students learn blockchain fundamentals and how to develop a model for a wide variety of healthcare supply chains. In addition to changes to the certificate program and the undergraduate class currently underway, Mackey has incorporated the coronavirus response into and masters class on global health policy currently underway.

Because of concern over the virus, however, the class is changing in another way too: Mackey will soon have to start offering many of his students remote access using Zoom video conference and the Canvas tech platform.

In addition to teaching how blockchain can enhance health care supply chains, he cofounded a government-funded venture in April 2018 that does just that. San Diego-based S-3 [Social, Surveillance, Security] is working on a way to prove the chain of custody for information discovered online about drug dealers and illicit pharmacies. By logging the information on Amazon’s Quantum Ledger Database—similar to a blockchain—the program could help prove the source of online data even after it changes, eventually reducing investigators’ reliance on subpoenas to get that information. S-3 is funded by a small business contract with the National Institute of Health and a grant from the Department of Health and Human Services.

Among the most advanced healthcare blockchain efforts Mackey identifies is Mediledger, a supply chain platform using a permissioned version of ethereum, designed by San Francisco-based Chronicled, a venture-backed blockchain startup. Designed to comply with the 2013 U.S. Drug Supply Chain Security Act to crack down on prescription drug abuse, the platform has so far signed up pharmaceutical giants AmerisourceBergen, McKesson and Cardinal Health, and is expected to be phased in over the course of the next year.

An even more ambitious project is at an earlier stage. In June 2019, Walmart and Merck were among a group of companies that announced they were experimenting with blockchain to secure the pharmaceutical supply chain. Mackey says both platforms could eventually help more quickly identify when a region is running low on treatment supplies, shining a light on its preparedness for pandemics, “particularly as some of these actors start sharing data across multiple manufacturers and multiple wholesalers.”

Why would companies share? While the coronavirus outbreak is making painfully clear how interconnected the global economy is, few industries are built so firmly on that recognition as blockchain. The network effects of using a shared, distributed ledger of transactions are only as strong as the number of organizations that use it. As a result, the first step to building a blockchain application, especially around a global supply chain, is establishing a consortium of competitors willing to work together for common cost savings, a topic also covered in Mackey’s courses.

If You Can’t Work From Home, At Least Your Commute Will Be Shorter Due To Coronavirus

Warning: You Must Not Download This Dangerous Coronavirus Map