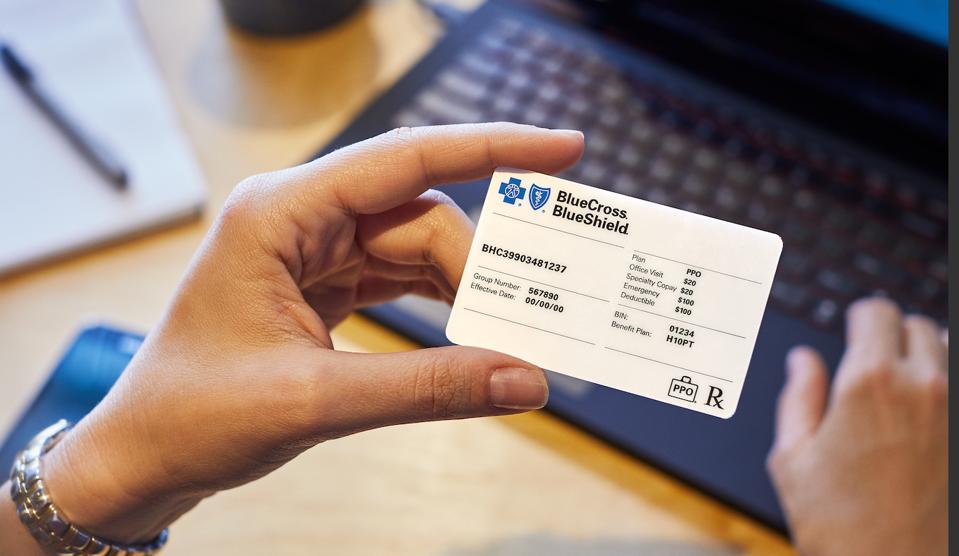 Blue Cross and Blue Shield companies are spending $55 million to create a new subsidiary of the … [+] nonprofit generic drug maker Civica Rx to “acquire and develop abbreviated new drug applications.” The Blue Card is shown in this photo.

Blue Cross and Blue Shield health insurers are launching their own nonprofit drug company with Civica Rx to create alternatives to “high-cost” generic prescriptions that haven’t come down in price.

These health insurers won’t be investing in research and development like brand name drug giants Pfizer or Merck, but will partner with Civica “and manufacturing partners to bring more affordable generic drugs to uncompetitive markets in exchange for aggregate volume and multiyear purchasing commitments.” Thus, the Blue Cross-Civica Rx venture will act more like a generic drug maker that acquires and develops prescriptions and gets regulatory approval of ANDAs but it will have no margin and be free of incentives to churn a profit like Big Pharma companies.

Civica has already grabbed headlines for its work with U.S. hospitals to buy and develop generic drugs to avoid shortages. Launched in 2018 by three philanthropies and seven hospital systems, Civica now represents more than 1,200 U.S. hospitals that say they are already benefitting from lower cost injectable drugs including antibiotics once in short supply.

This time, Civica is moving into the retail and outpatient healthcare setting in a move that could have a much broader impact on the prices consumers pay for prescription drugs. “We are still focusing on generic drugs . . . ones that have artificially high prices in outpatient settings,” Civica Rx chief executive officer Martin VanTrieste said in an interview.

The deal with health insurance companies is unprecedented and part of a strategy of Blue Cross plans that provide health benefits to tens of millions of Americans to try new ways to tame drug costs, which remains an elusive proposition for certain generic medications like insulin and other prescriptions. Health insurers and the pharmacy benefit managers (PBMs) they own have come under fire for their inability to shield employers and patients from soaring drug prices and the high cost of medicines.

“We are looking for innovative solutions in the market to shake up the status quo and make pharmaceuticals more affordable,” Blue Cross Blue Shield Association chief strategy and innovation officer Maureen Sullivan said in an interview.

Many of these same Blue Cross and Blue Shield plans already own their own pharmacy benefit management company in Prime Therapeutics or use the Express Scripts PBM owned by Cigna or CVS Health’s Caremark PBM. These PBMs work as middlemen of sorts to buy drugs in bulk from manufacturers and wholesalers and leverage their clout to get better deals on prescriptions for consumers, patients and health plan customers.

But in some cases, PBMs and health insurance companies have been unable to get lower prices with traditional methods so they are now trying new things. “There are some generics where the price is high and it isn’t coming down over time,” Sullivan said.

For now, there are 18 Blue Cross and Blue Shield companies involved in the effort with Civica but those involved say they are expecting other health plans and employers to back the new company. “As BCBS companies and Civica embark on this important work, we hope others will join us to achieve the change Americans want to see in the health care system,” Blue Cross Blue Shield Association president Scott Serota said.

The Blue Cross plans have yet to disclose which generic drugs they plan to develop first but one likely target could be insulin, which continues to have a price tag frustrating health plans even though it remains available as a generic.

Sullivan said a board of the new company is being created to identify medications that the new company could develop at lower costs and those involved expect the first new cheaper versions of high cost medicines to be available to health plan customers this year. Civica CEO VanTrieste said those involved are currently researching potential generics to develop and decisions on what drugs to produce would be left up to the Blue Cross plans.

There are, however, some notable operators of Blue Cross and Blue Shield plans that aren’t yet involved in the Civica Rx partnership. They are: Anthem, the nation’s second largest health insurance company that operates Blue Cross and Blue Shield plans in 14 states and is currently rolling out its own new PBM, IngenioRx; Health Care Service Corp., which operates Blues plans in five states; and Florida Blue.

Anthem executives say they are focused on the rollout of IngenioRx. “We felt that focusing on ensuring the success of the IngenioRx implementation would create the greatest value for us, our clients and members, and our shareholders,” Anthem spokeswoman Jill Becher said.

“When presented with the opportunity to participate, we were given the option to join at the outset, or join after the relationship has evolved,” Florida Blue spokesman Paul Kluding said. “We look forward to watching the progress the Civica RX partnership has on driving down medical expense, and we anticipate joining our Blues colleagues in the near future.”

Health Care Service Corp. had no comment on the new Civica Rx subsidiary.

Damien Harris Became A Redshirt For The Patriots, But A Sophomore Year Approaches