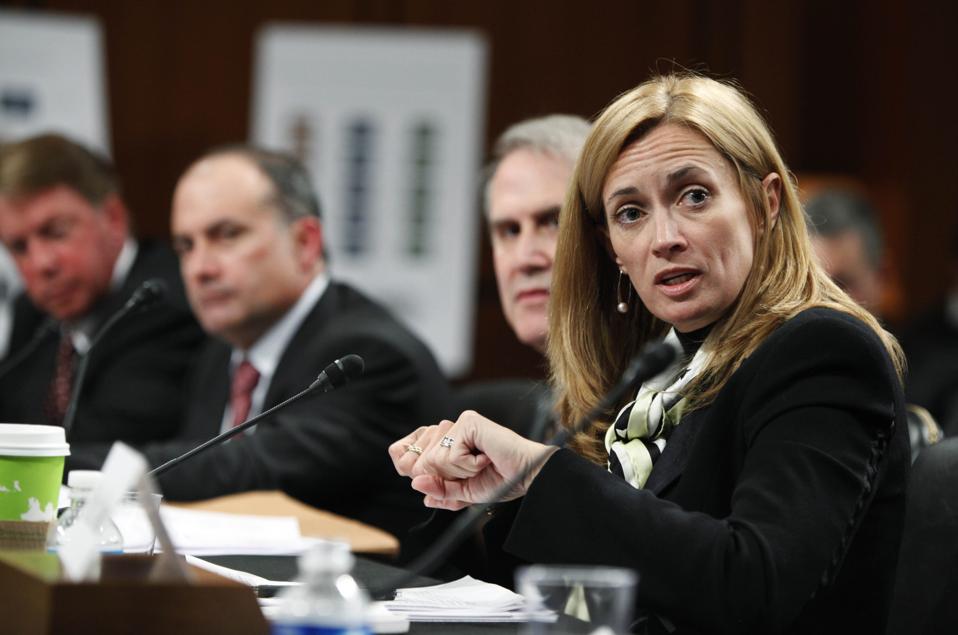 The former head of JP Morgan global commodities and CEO of blockchain startup Digital Asset Holdings is back. After quietly stepping away from the heavily funded Digital Asset last year Blythe Masters has joined as an industry partner at the newly launched Motive Partners, an investment firm focused on backing companies building technology for financial services.

While Masters appears to be holding at least one leadership position within the blockchain and cryptocurrency world, Motive Partners last month raised a $473 million private equity fund to focus on growth and buyout opportunities in more traditional financial services companies.

“In a relatively short period of time, Motive has made great strides,” said Masters in a statement earlier this week. “And I look forward to working with the talented team on the future phases of the firm’s development.”

Also joining Motive according to the statement was Richard Lumb, a 35 year veteran of consultancy, Accenture, both of whom join as industry partners, focusing on strategy development, deal origination, execution and value creation for Motive Partners portfolio companies.

The Fund has already invested in six portfolio companies requiring a total of $3 billion of equity from Motive and others. Portfolio companies include Switzerland-based banking software firm Avaloq, New Jersey-based data and analytics firm Dun & Bradstreet, and Italy-based Finantix, which is building artificial intelligence products for wealth managers, bankers, and insurance companies.

Masters stepped down from Digital Asset almost exactly one year ago, in a statement from December 2018, citing personal reasons. According to Masters’ LinkedIn profile, she started as an advisory board at blockchain lending firm Figure in March 2019. Just last week her previous company Digital Asset announced it had raised a $35 million Series C, bringing the total investment to $142 million, to focus on development of its smart contract language.

Motive Partners founder and managing partner, Rob Heyvaert described the new partners as part of a broader push into hiring partners with such industry-specific experience. “I am delighted to welcome Blythe and Richard to the Motive family, as two leaders I have greatly admired throughout my own career in the industry and who I know will add much value to our platform and those we serve.”

With Merger And Possible IPO, Peet’s Coffee May Finally Become A Real Challenger Against Starbucks

Gold’s Big Rally Is A Heads-Up For Rotation,...