Breaking
How, When And Where You Can See A...
New $2.2 Trillion Stimulus Bill Proposed—$1,200 Stimulus Checks,...
Why Do We Do What We Do? Manipulating...
California Brand Goes All-American As Amazon Bans Foreign...
The 3 Best Analytics Companies of 2020
Senator Cory Booker: Supporting Small, Minority-Owned Businesses Will...
Trump’s Taxes Are Finally Leaked—What’s Next?
Washington Heats Up Ahead Of First Presidential Debate:...
Systemic Racism Leads To Disparities In Nursing Home...
The New Regular: Prepare For Conflicts Of Customer...
Web VR.0 – Have VR Websites (Finally) Arrived?...
This Next Evolution Of E-Commerce Did $18 Billion...
This Next Evolution Of Ecommerce Did $18 Billion...
IRS Taxes Most Lawsuit Settlements And Exact Wording...
13 Questions To Answer Before You Die
Just Launched: Long-Term Stock Exchange For Companies Building...
Home Technology Boeing’s Exit From Space Plane Project Is A Lesson In Why We Need To Kill Zombies
Technology

Sometimes you just have to kill the zombie.

We learned Wednesday that Boeing has abruptly decided to end its participation in the Defense Advanced Research Projects Agency’s Experimental Space Plane (XSP) program – an effort intended to build and fly a reusable rocket “ten times in ten days.” Admittedly, it’s a bit personal for me, since XSP comprised a significant portion of my space portfolio during my most recent stint at DARPA.

The program got its start back in 2013, right around the same time Elon Musk decided to build a Falcon 9 that can land itself. The difference? Musk’s rocket works. He and his team worked overtime for three years and they figured it out. XSP, on the other hand, has already consumed over six years of engineering effort yet never managed to get beyond an engine demonstration, and – had Boeing not walked away – would still be years away from first flight. 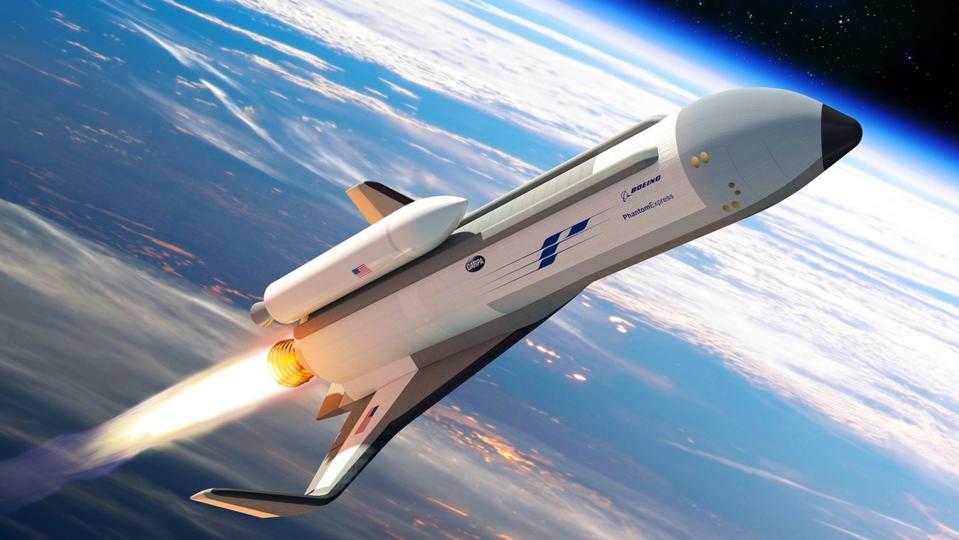 High-tech projects, whether they involve building a new aircraft, a complex software application, an autonomous car, or a rocket, tend to take on lives of their own, and almost never in a good way. Often, a seemingly elegant concept collides with the harsh reality of poor technology forecasting, a totally predictable lack of resources (human, budgetary, and otherwise), vague or badly understood requirements, and – most critically – no clearly stated way to know when you’ve done all you should and it’s simply time to move on to something else.

I can’t emphasize this last problem enough. Hard projects become agonizing slogs if you aren’t meticulous about designing test events (“gates”) that unambiguously shout “succeed” or “fail.” Why? Because the project team and its patrons desperately want to keep trying – they’re invested, they’ve fallen victim to sunk cost, they grow increasingly risk-averse – and as a result their programs become de facto zombies, eking out a twilight existence for year after miserable year, despite mounting evidence suggesting that what’s being attempted is not a good idea after all, and that it would probably be better to go back to the drawing board or shut down altogether. Knowing when to kill a bad idea has become something of a lost art.

The U.S. Air Force’s U-2S, the upgraded version of Kelly Johnson’s original U-2, in service today.

On July 4, 1956, after a few preliminary overflights of Eastern Europe, a U-2 pilot flew the jet’s first operational mission over the Soviet Union. The black-as-pitch U-2 (now nicknamed “Dragon Lady” for its notoriously difficult handling characteristics) was and is an Air Force reconnaissance aircraft designed by famed Lockheed Skunk Works aerospace engineer Clarence “Kelly” Johnson. Johnson and his team designed the plane to fly at an altitude of 70,000 feet, hoping to evade interceptors, ground-based radar and surface-to-air missiles that would pose unacceptable risks to lower-flying airplanes and their crews.

Unfortunately, while the Soviets’ interceptors and missiles were unable to climb high enough to engage the U-2, the U.S. quickly discovered that it was trackable on radar. Thus, it would only be a matter of time before the Russians would come up with a way to down the Dragon Lady. And, indeed, this tragedy finally occurred in May 1960, when Francis Gary Powers’ U-2 was struck by a Dzina surface-to-air missile.

But before that eventful day, and indeed not long after it became clear that the U-2 was not invisible to Russian radar after all, a group of scientists and engineers led a crash program to develop a “stealthy” U-2 – almost two decades before Lockheed built the first prototype of what would become the F-117 stealth bomber. This one-year effort, nicknamed Project Rainbow and lovingly memorialized by Paul Suhler in From Rainbow to Gusto, resulted in a slew of hardware modifications to the Dragon Lady. None of them were particularly pretty. The engineers glued radar-absorbing structures to the aircraft’s fuselage and strung assemblies of wires over the wing’s leading edge, between the nose and fuel tanks on the wing, and elsewhere. Pilots derided it, calling it the “dirty bird.”

As it turned out, not only were the Project Rainbow modifications ineffective at defeating radar, they also dramatically reduced the plane’s operating range and altitude. More disturbingly, the radar-absorbing material acted as a very efficient insulator and overheated the U-2’s cockpit, resulting in a pilot fatality. And so, unceremoniously, Project Rainbow was consigned to the wastebasket – a bad idea or, perhaps more charitably, an idea before its time. Its team “pivoted,” laying the groundwork for an entirely new aircraft, one that would fly both higher and faster than the U-2 – the SR-71 Blackbird. Others began working on reconnaissance satellites that would fly higher and faster still.

Rainbow could have become a zombie. Its proponents could reasonably have argued that they’d made some mistakes but had come close, that a little more funding and time would get the U-2 to an acceptable end state. After all, returning to square one and designing a new plane could take even more time and more money and might still fail – who could say with certainty? But this team was endowed with uncommon wisdom. They recognized the deficiencies of their approach and dispassionately halted their efforts when it became clear that their success criteria weren’t going to be met. And they recognized that a “stay the course” decision under these circumstances might have resulted in many years of onerous work and, worse, could have ceded the lead to the Soviets. What’s more, the Rainbow team arrived at this decision in May 1958, less than two years after identifying the problem.

Technology developers hear the term “fail fast” so often that many have developed an immune response to it, but this suggests a misunderstanding. Tom Peters is credited with the original, and far more clarifying, phrase: “Test fast, fail fast, adjust fast.” Figure out what your problem is, design a solution, and test that solution as rapidly as you can.

Why? Because you want to know as early as possible if you are on the right track. Decent success criteria and a well-designed test will tell you – but you can’t just keep playing with new technology, postponing that test, and hoping that all the tweaks you’ve come up with will give you an ultimate solution. Get into test with what you have and fail now – if you do, you’ll immediately learn something vitally important. And now you can adjust. That adjustment might be a minor change or a complete reboot.

Lessons from the last century abound. Vanguard rockets, MiDAS missile warning satellites, and the F-16 fighter all experienced failures in early demonstrations but were able to rebound quickly – to adjust – and try again without losing a beat. MiDAS launched seven spacecraft before it was able to obtain missile tracking data – but every one of those satellites was launched in a three-year period between February 1960 and May 1963.

Contrast the MiDAS program’s speed with contemporary missile warning satellite development, whose test campaigns dictate seven years or more to reach orbit. Such a glacial pace is hardly conducive to innovation. If you require a decade to test a product and, after all the effort you put into it, it still fails, it’ll take you no less than two decades to get to a solution – and that’s a problem in a world of more and more capable companies and nation states. Relearning the art of “test fast, fail fast, adjust fast” isn’t just a good idea, it’s a crucial survival skill. 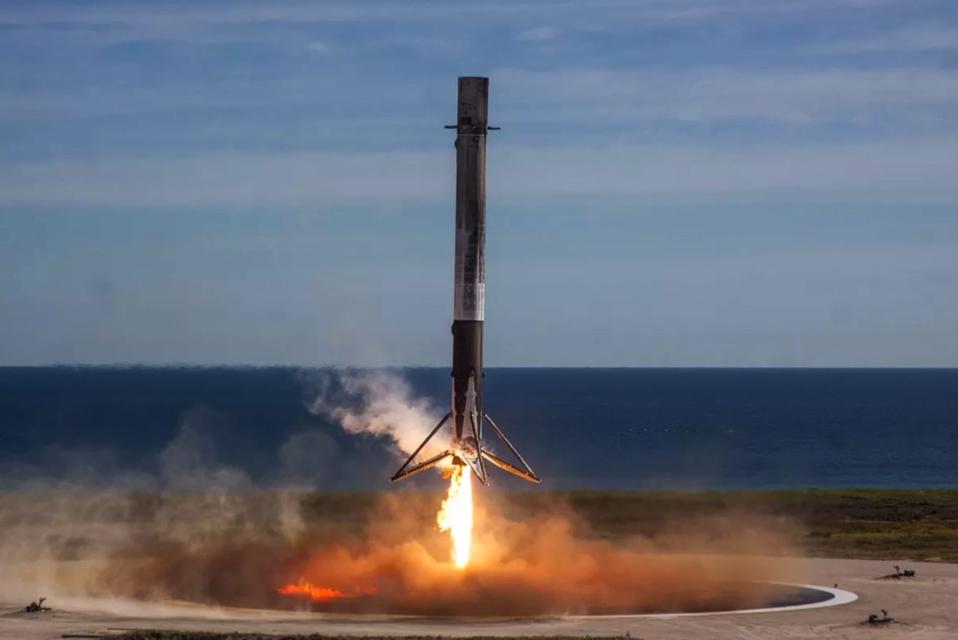 Some have adopted Peters’ maxim and are demonstrating remarkable success. Elon Musk’s dream of a reusable first stage was widely panned as impractical or pointless, yet he and his team soldiered on, in much the same way the Vanguard and MiDAS teams did, testing and failing and testing again over just twenty-six months, until, finally, a scorched Falcon 9 rocket landed proudly upright on a Cape Canaveral launch pad on December 21, 2015. Few detractors remain. The value of multi-use rockets has been demonstrated, and even Musk’s arch-competitor and one-time reusability skeptic, United Launch Alliance, is investigating ways to reuse some of its gear.

Sadly, “test fast” isn’t making inroads everywhere. Aircraft carriers that cost nearly $15B and take more than twenty years to get to sea trials may end up vulnerable to hypersonic missiles developed by China in just the past five or ten years. We’ve embarked on yet another round of increasingly expensive stealth fighter and bomber development efforts despite growing concerns that our adversaries have figured out approaches to defeat stealth. This might be alright if we were rapidly generating new solutions. But we’re not. Programs like the F-35 and F-22 have taken decades to get from initial requirement to first flight. Can we say with any credibility that a design that had its origins in the early 1990s is still relevant today? These all represent failures to test fast, fail fast, and adjust as threats evolve. And it can’t go on.

Perhaps the next team that tries to build a spaceplane will incorporate a “test fast” mantra as a prerequisite. If not, it will likely face the same fate as Boeing’s and DARPA’s doomed XSP – six years of work and not much to show for it.

Project Rainbow left us with an invaluable lesson: When you spot a zombie, shoot it and move on.

BTS Narrowly Miss Charting Another Top 40 Hit In The U.K. With ‘Black Swan’

‘Picard’ Is The Silent Generation’s Final Cry Of Rage