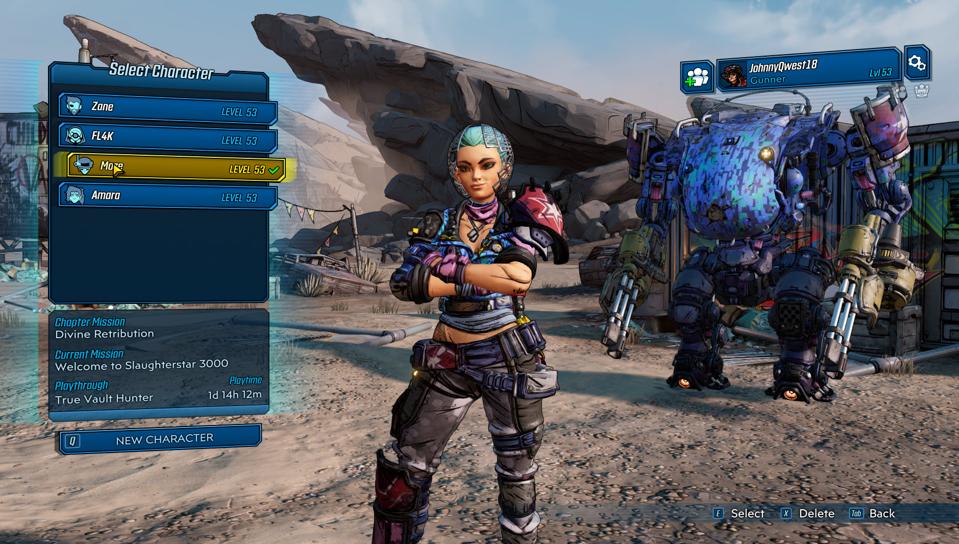 I have returned to Borderlands 3 for its Broken Hearts Day event after setting the game down once I beat the Moxxi’s Heist DLC back in December.

Two things have changed: First, there have been a good amount of buffs to most of the classes in the game during that time (and some before, as I only played the DLC with Amara) and also I just picked up a new gaming PC, replacing my nearly four year-old one I was playing on previously.

From the beginning, Borderlands 3 has been a struggle to literally just…physically play, whether that’s on console or PC. On console, menu lag has been incredibly bad from the start, and while it’s better than it used to be, it’s still not all the way solved. Meanwhile, on PC, despite my old computer being able to run games like Destiny 2 or Apex Legends just fine, Borderlands 3’s performed just absolutely terribly with long load times and frame drops and just all-around jankiness that made it exhausting to play, as much as I wanted to put the time in.

Now I know why some of the higher end streamers were having less problems when the game was first released. While yes, there have been many performance patches over time for the game, fundamentally, simply have a good rig solved a lot of my issues. My specs are here, if you care, but yeah it’s kind of a bummer that I needed to spend a few thousand dollars on a PC to get Borderlands to run the way it seemingly should for everyone with fast load times and smooth gameplay. But I have to say, it’s made it a lot more fun. 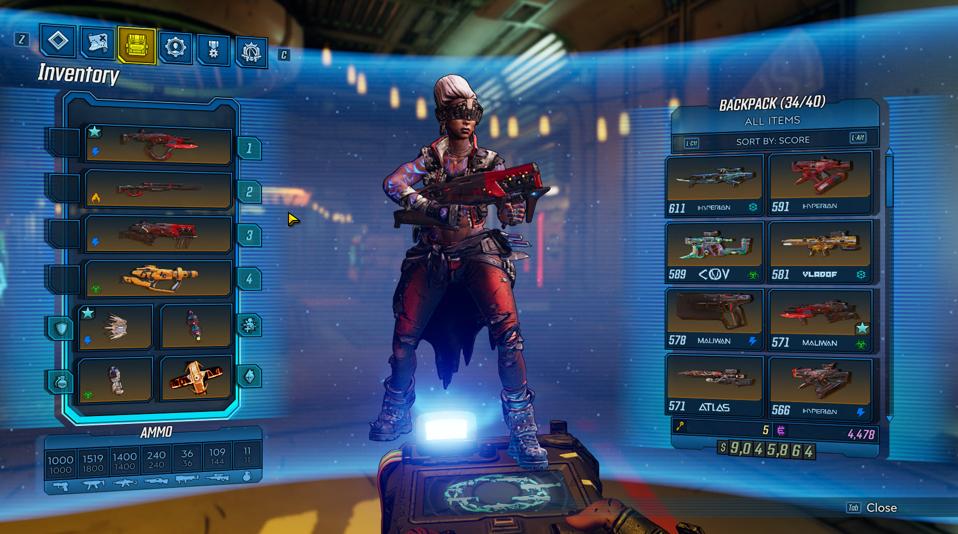 And that’s just in time too, because I have found playing with pretty much all four classes is a lot more fun than it used to be as well, and after a bit of level 53 farming, I am finding that all four of my classes are now cruising through Mayhem 4 TVHM in a fun, OP way.

Amara – She has always been strong so she has received the least amount of buffs over the past few months. I traded my melee build for an elemental build and her anointment of a 250% weapon damage increase after action skill is just better than anything else in the game. And I got that on an ION Cannon in the DLC so…

FL4K – It’s been incredibly refreshing to finally use a pet build with FL4K that isn’t terrible. Those few extra skill points gave me a tiny bit more survivability for my Gamma Burst build, and a recent buff to the Gamma Burst anointment (115% bonus radiation damage when active) has made him an absolute terror for the first time since his crit builds were melting bosses.

Moze – Everyone cried for Moze Iron Bear buffs for eons, and guess what? Iron Bear is pretty sick now. I have a build where I can be in the Bear probably 85% of the time and the double gatling gun model absolutely tears through mobs and bosses alike. I still think Moze needs better anointments (ie. ones not based entirely around action skills, given that she can only use hers every minute or so while Amara uses hers every few seconds), but I like the way her mech build is feeling overall.

Zane – A perfect Zane build still continues to elude me, but I do know that his newly buffed anointment that gives you double damage when your SNTL is out is a really good buff that has helped him out a lot. I still have trouble with his survivability but he’s a lot better than he used to be.

In short, this is the best Borderlands has ever felt for me. Partially because I am finally past the tech issues with a new PC, but mainly because of all the big-time buffs Gearbox has given almost every class the past few months. It’s a good time to hop in now if you haven’t yet, or haven’t for a while.

This AI Company Is Trying To Fix Physician...