Breaking
ESBC Major Updates: Tons Of Heavyweight Greats Added...
How to Run Nonprofit Marketing Ads
Entrepreneurs Are Bringing Transparency To Home Buying And...
Best Incentive To Get Vaccinated: Money, Messaging, Or...
Page Level Query Analysis at Scale with Google...
How A CIO Can Align IT With Business...
Blogger of the Month: Jo, Girl Eats World
6 Things Women In Business Know That Men...
How to Use First-Party Data for Ad Personalization
Pressing Reset—Putting A Fallen Unicorn Back On Its...
How We Went Viral: Promoting Content with Influencers,...
Blame Olympic Record Price Tag For Return To...
Apple iOS 14.5 Release: Should You Upgrade?
How to Come up with Podcast Topics and...
Why Gaming Gear Company Razer Launched A $50...
Technical SEO Implementations to Increase the Impact of...
Home Business Boston Celtics’ Fast Start Much More Than Losing Kyrie Irving
Business 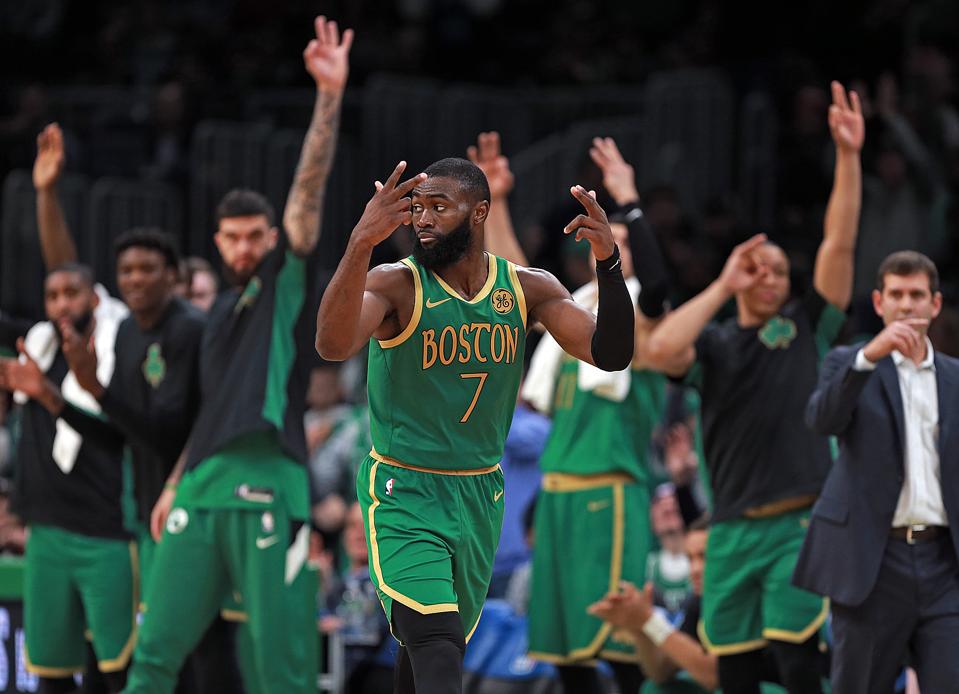 With players like Jaylen Brown and Jayson Tatum taking on larger roles, Boston is combining … [+] continuity and chemistry on its way to a 14-5 start. Staff Photo By Matt Stone/MediaNews Group/Boston Herald

Despite losing Kyrie Irving and Al Horford in free agency, the Boston Celtics are 14-5 with a top 10 ranking in both offensive and defensive efficiency.

Many attribute Boston’s strong first quarter of 2019-2020 to having the dark cloud that is Irving lifted, and point to the fact that the Brooklyn Nets are 4-7 with Kyrie in the lineup and 6-3 when he’s sat as proof. A large part of that is Kemba Walker coming over from Charlotte in a sign-and-trade for Terry Rozier and picking up a very sizable share of Irving’s statistical production, but a lot of it also has to do with continuity and chemistry.

“It’s just another year that we’ve been playing together and another year that some of those younger guys get experience,” said Boston forward Gordon Hayward, who was one of the team’s best players this season before breaking his hand.

Hayward, Jayson Tatum, Jaylen Brown and Marcus Smart all have another year playing with one another and for now, Daniel Theis and Robert Williams are playing well enough at center despite Horford’s departure to Philadelphia and Aron Baynes now in Phoenix. 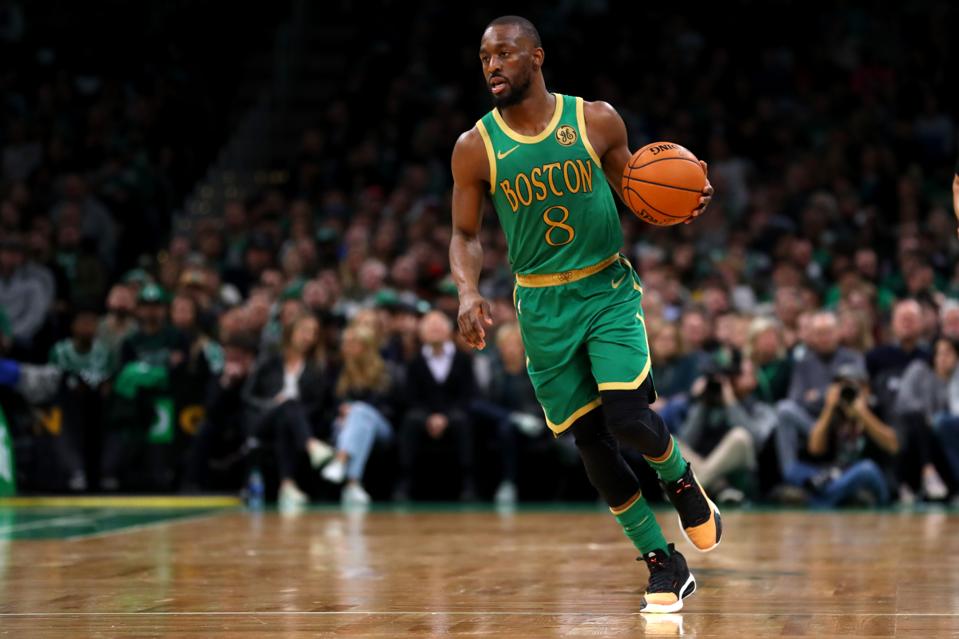 “We learned a lot from last year,” said Boston head coach Brad Stevens, typically assigning himself most of the blame. “We moved forward in early June. We’re still answering those questions but I get it. That’s part of it. The job of a coach is to put the pieces together and I didn’t do it. I didn’t do a very good job, so if anything it’s on us all collectively when you don’t get to where you wanna go. But that should start with me and so it is what it is.”

Boston won 49 games last season and finished in the top 10 in both offense and defense, but felt let down and disappointed by a second round playoff exit.

“Last year we had so many expectations,” said guard Brad Wanamaker. “Before the season, everyone was putting this pressure on us that we were going to win.”

The Celtics were 10-9 at this point a season ago, and Smart claimed that they’re winning a lot of games that they would’ve lost last year.

“We’d start off slow and then we try to come back,” he said. “This year, although we don’t like the slow starts, we’re still finding ways to pick it up in the end and come out with the win.” 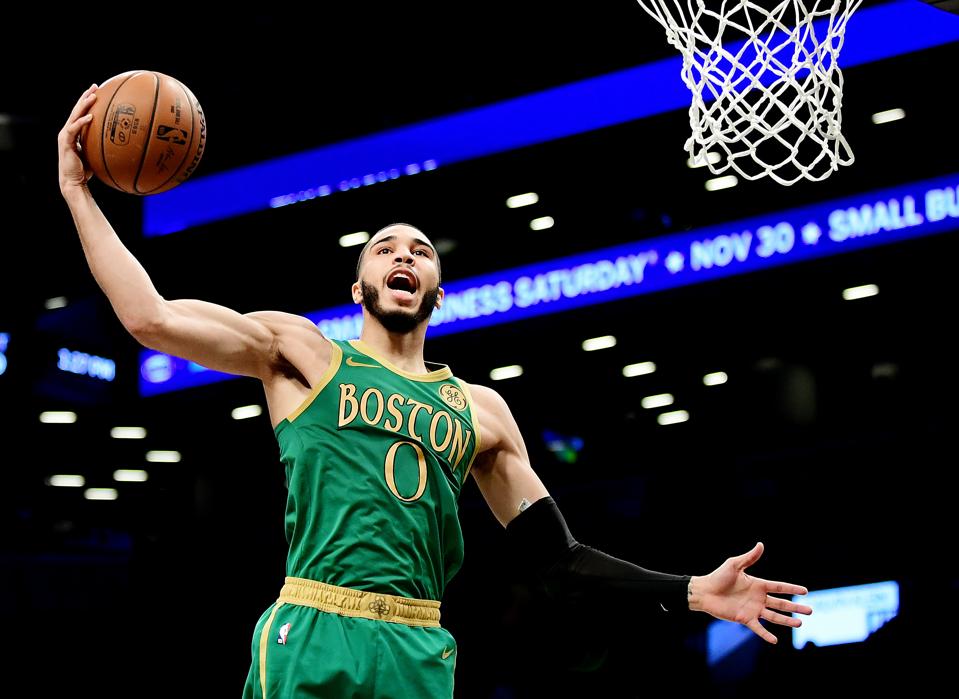 Jayson Tatum is averaging more than 21 points and 7 rebounds per game in an increased role in the … [+] Boston offense. Photo by Emilee Chinn/Getty Images

Even though Walker replaced most of Irving’s production, players like Tatum and Brown have shown a lot more growth this season than last. Tatum is attempting more than five more shots per game with a jump in usage rate from 22.1 to 27.6, and Brown is attempting four more field goals and has seen a big increase in efficiency to 49.4% from the field and 36.3% from three. Smart and Wanamaker are other Celtics who’ve been asked to shoulder more of the offensive load.

“We still have a lot of guys that are versatile, can do a lot of different things, a lot of ball-handlers,” Hayward said.

Stevens pointed out that of the seven years he’s coached this team, there’s been significant player turnover in five of them. A major difference this year is that the players who’ve been asked to step in and replace the key pieces that left have spent significant time in Stevens’ system and were ready to step in and contribute right away, including Wanamaker, Semi Ojeleye, Theis and Williams.

“So we all kind of know each other. We know what each other likes to do,” Smart said. “We know Brad’s system, which is huge. And we go out and try to do what we do best within the system. Learning about ourselves from last year also helped us this year for sure.” 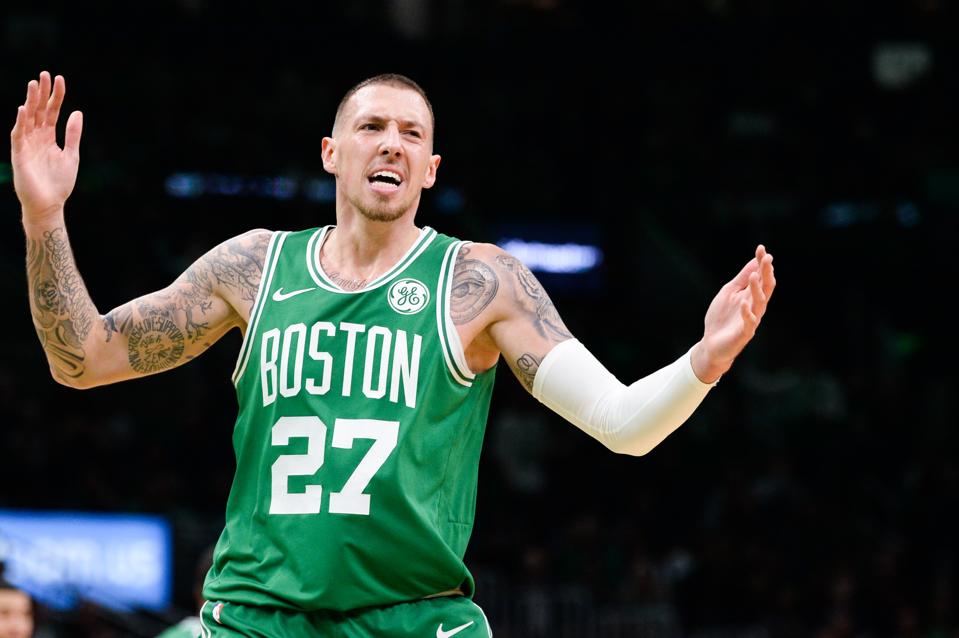 Daniel Theis ranks 15th in the NBA in defensive rating, according to Basketball-Reference. Photo by … [+] Kathryn Riley/Getty Images

Like many Stevens teams, that includes being fundamentally sound. Boston is turning the ball over at the second-lowest rate in the league, forcing turnovers at the 6th-highest rate and are in the top 10 in free throw attempts and percentage, total rebounds and offensive rebound percentage. Defensively, though Celts are giving up a lot of offensive rebounds and are allowing the 5th-most 3-point attempts, they’re 5th in the NBA in field goal defense.

As he usually does, Stevens was quick to not get too excited about his team’s fast start, saying that it’s happened in seasons past and that there were seasons where Boston started poorly and ended up okay. But this year feels different so far. The team feels more loose, less tight, more cohesive, more together. Wanamaker said that the team is hungrier after leaving last season with a bitter taste in their mouths. Now they’re back to having that classic Boston underdog mentality.

“Last year we had so many expectations. Before the season, everyone was putting this pressure on us that we were going to win,” he said. “Now we’re not getting too much love. It’s working in our favor. Guys are feeding off that.”