Box Office: A ‘Harley Quinn: Birds Of Prey’ Sequel Would Be A Huge Risk 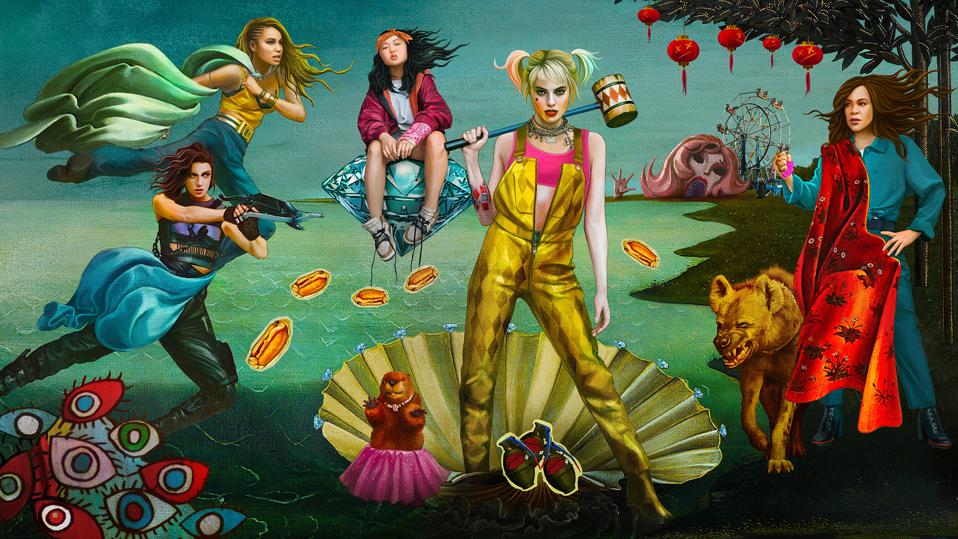 A sequel to Harley Quinn: Birds Of Prey would be as risky as sequels to the likes of Solo: A Star Wars Story, Ghostbusters, Power Rangers, and Alita: Battle Angel.

There’s a video over at The Wrap making the rounds at the moment, where Harley Quinn: Birds of Prey director Cathy Yan discusses a few ideas for a theoretical sequel to her DC Films action comedy. The gist of it is the inclusion of Poison Ivy, and as expected the video is being received online as a glorified green light for the next chapter. But there are two problems with that interpretation. First, this interview is merely a filmmaker discussing, off the cuff, theoretical ideas for a theoretical follow-up. Second, the video is dated (via a YouTube excerpt) February 10, meaning it was shot just before the Margot Robbie film opened in theaters to disappointing results. Even with a passionate fan base and strong reviews, a straight-up sequel to Birds of Prey is a long shot. 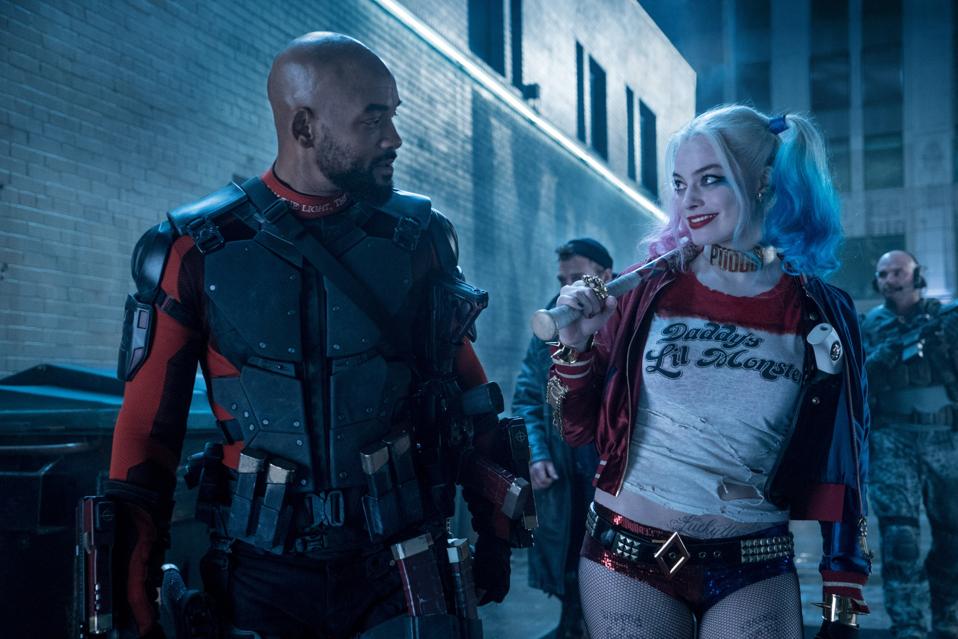 Despite strong reviews and mostly positive word of mouth from those who showed up, Warner Bros.’ R-rated Harley Quinn-And-Friends gangster action flick didn’t break out. No, it wasn’t the marketing, as once again “poor marketing” isn’t the culprit every time a big movie you liked fails theatrically. Ditto, offhand, Widows, Solo and Edge of Tomorrow. The trailers painted an accurate and enticing picture of the movie, while the pre-release reviews gave folks plenty of advance notice that it was quite good. Again, I blame the R rating for keeping younger Harley fans away and from preventing interested parents from venturing out to the theater. WB may have also overestimated Harley Quinn’s appeal in Suicide Squad (as opposed to Harley Quinn AND Will Smith and cameos from Batman and the Joker). C’est la vie. 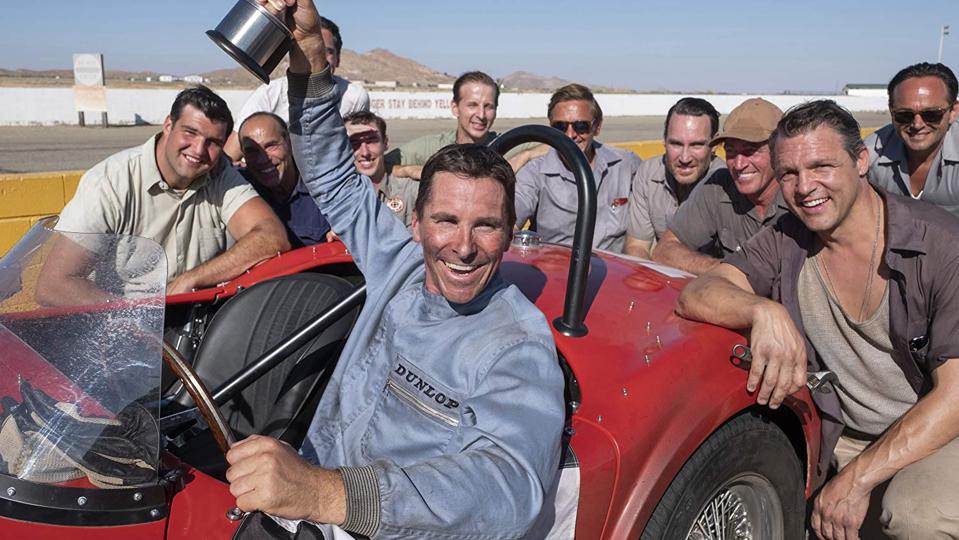 Director Cathy Yan and screenwriter Christina Hodson’s Birds of Prey opened with $33.01 million in its domestic debut, which is okay for an R-rated, $82 million girl gang crime comedy, but a disappointment when compared to recent Marvel/DC comic book flicks. When your debut is being compared to Fantastic Four and Dark Phoenix, that’s not good. Yes, there is a difference between a non-IP, adult-skewing, star-driven drama like Ford vs. Ferrari opening with $31 million (continuous buzz from awards season, expected legs from older audiences checking it out later in the run, etc.) and a big comic book superhero movie opening likewise, although in the end neither film performed as needed in terms of budget. James Mangold’s Oscar-winning Christian Bale/Matt Damon flick earned a leggy $115 million domestic but just $225 million worldwide on a $97 million budget. 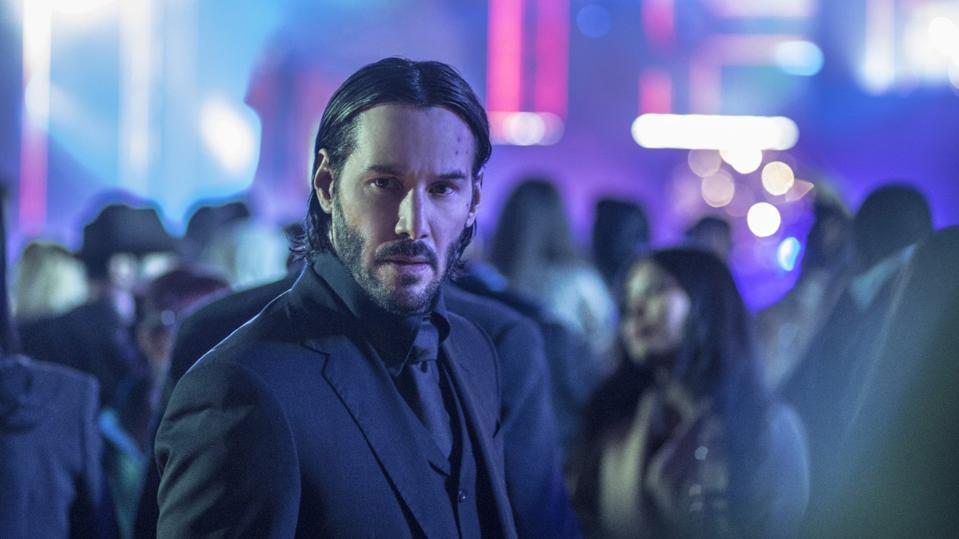 While Birds of Prey didn’t crash to earth, nor did it leg out like the second coming of Guardians of the Galaxy ($333 million from a $94 million debut). The film was slightly dinged at the end by coronavirus-related theater closures, but it ended with $84.16 million domestic and $201.8 million worldwide. It performed like John Wick: Chapter 2 ($91 million domestic and $171 million worldwide from a $30 million launch on the same weekend in 2017 on a $40 million budget) but with a budget comparable to John Wick: Chapter 3 ($75 million). It’ll break even over the long run, and it’s of valuable both because it’ll earn a fan base and because it continues the post-Justice League ”DC Films are good now!” narrative. But that doesn’t mean a sequel is a smart idea. 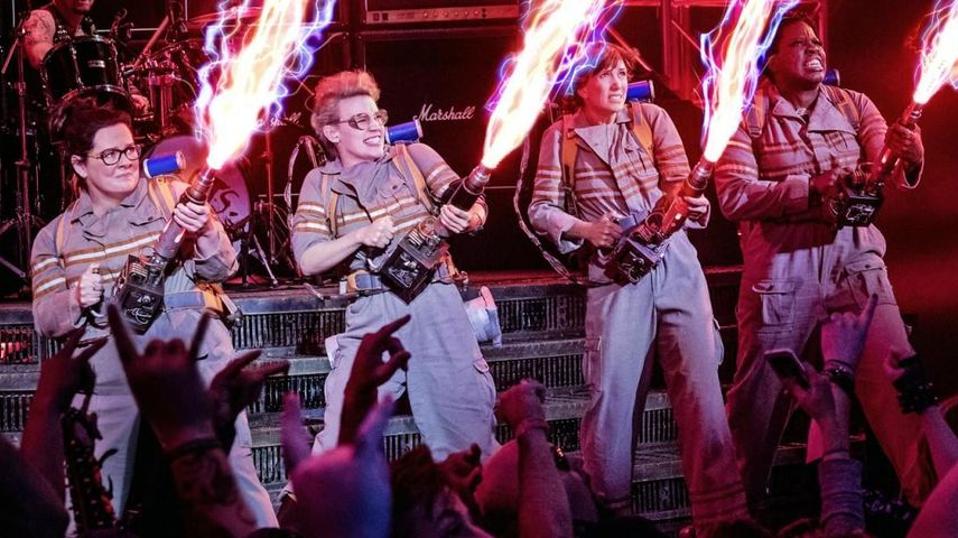 The situation at play is not unlike what we saw with Paul Feig’s Ghostbusters reboot in the summer of 2016, Dean Israelite’s Power Rangers movie just shy of three years ago and Robert Rodriguez’s Alita: Battle Angel just over a year ago. All three were hoping to launch a franchise and/or spawn sequels, and both under-performed in terms of budget and expectations. Ghostbusters earned $126 million domestic and $229 million, pretty good for a comedy but not one with a $144 million budget. Power Rangers opened to a best-case-scenario $40 million debut (with an A+ from viewers under 18) only to crash with $85 million domestic and just $142 million worldwide on a $100 million budget. Alita’s $405 million global gross was huge for a “new to you” anime adaptation, but it still cost $170 million. 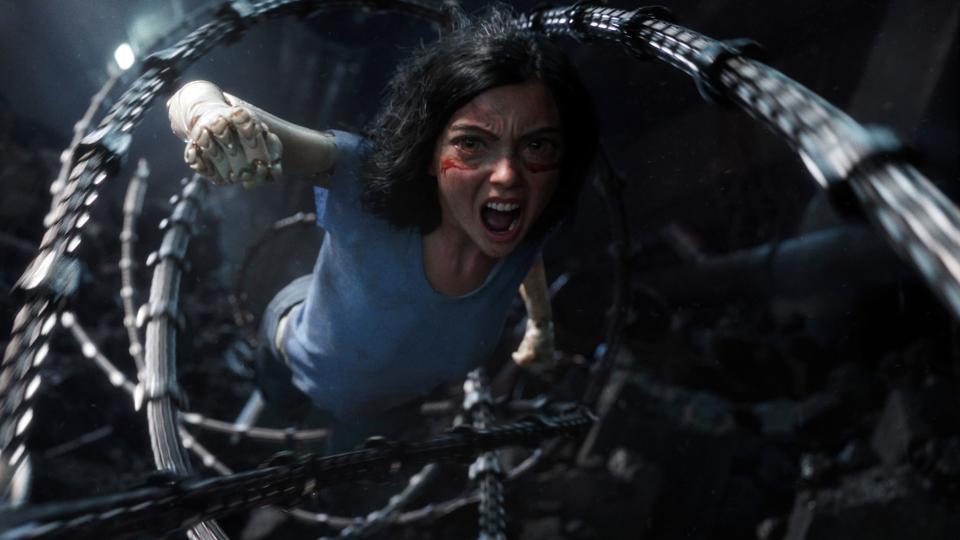 All three films have passionate fan bases, and the latter two turned out to be much better than expected ( the extended cut of Ghostbusters is actually much better than the theatrical version). All three worked because of the marquee characters (and related actors), so it stood to reason that the chance to see them in another adventure might qualify for a “break out sequel.” As regular readers know, a “break-out sequel” is when a franchise-starter succeeds financially and critically, with unusually long legs and an increasing fan base that discovers the film later in the theatrical run and in its post-theatrical life. The follow-up sees all of that built-up goodwill unleashed on the opening weekend. Think John Wick: Chapter 2, Pitch Perfect 2 and Austin Powers: The Spy Who Shagged Me. 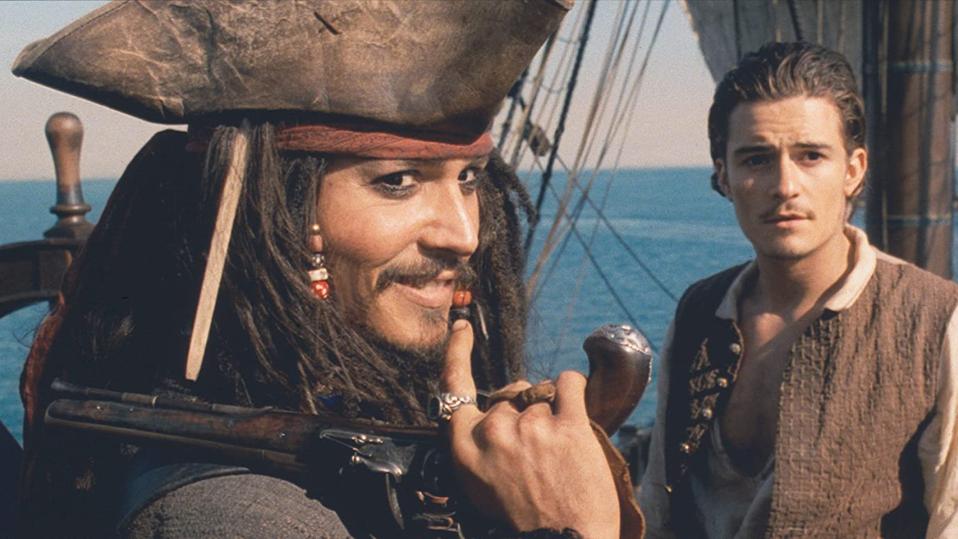 The issue with this comparison is that the movies in question were all relatively successful the first time around too. Contrary to popular belief, Austin Powers: International Man of Mystery was not a theatrical flop that got discovered on VHS (and early DVD). The Mike Myers comedy opened with $9.55 million and legged out to $53.88 million domestic and $67 million worldwide on a $16.5 million budget. Yes, its fan base grew between 1997 and the follow-up in 1999, but it was still an initial success. Ditto The Bourne Identity, Batman Begins, Casino Royale, Scream and Pirates of the Caribbean: Curse of the Black Pearl. They all had the core elements of breakout potential, namely good reviews, a financially successful theatrical run, strong post-debut legs and an increased fan base after theaters. 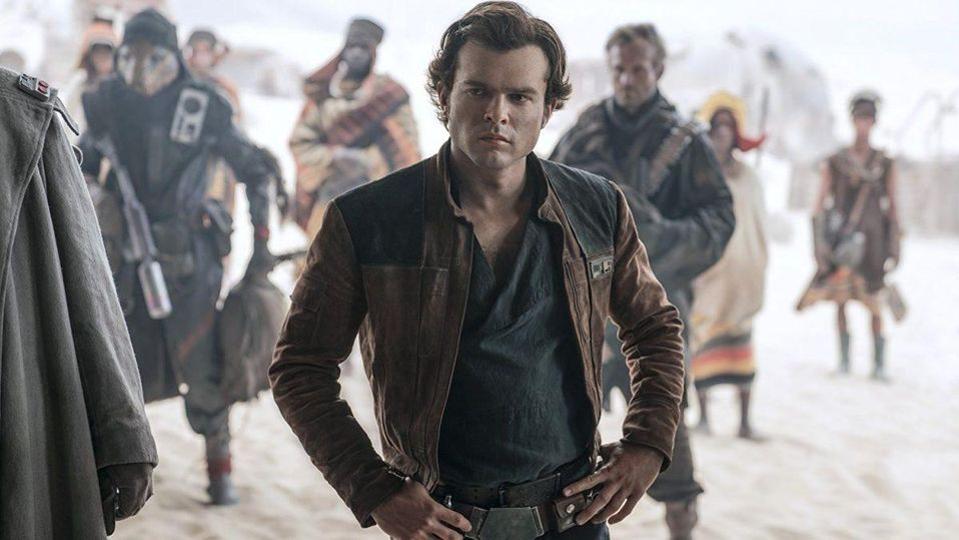 And that’s where breakout hopefuls like Solo, Ghostbusters, Power Rangers, Alita and Birds of Prey come up short. The Han Solo origin story had solid reviews and a growing post-theatrical fan base, but it was a huge money loser ($394 million on a $275 million budget) and exhibited little in the way of post-debut legs. Ditto Ghostbusters, whose $126 million cume from a $46 million launch showed little sign of post-debut discovery even with decent reviews. I really liked Power Rangers and Alita, but the overall reviews were mixed, neither film was leggy and, minor detail, they both lost money in theatrical release. DC Films’ Birds of Prey earned rave reviews and will surely increase its fan base on VOD and DVD, but it wasn’t theatrically leggy and wasn’t a box office hit. 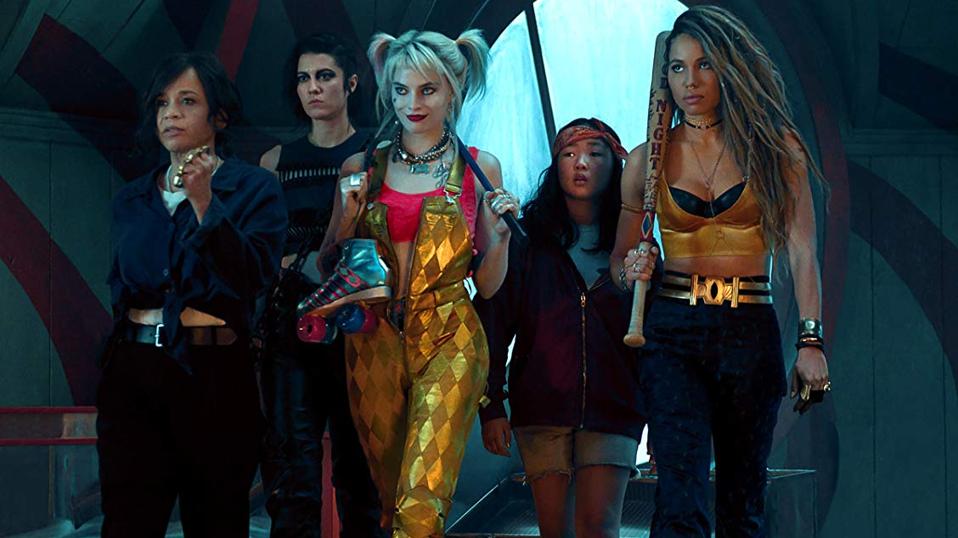 You don’t generally get a sequel when your movie bombs or disappoints, even if it has a passionate fan base (sorry, Dredd fans). Legendary and Universal tried that with Pacific Rim: Uprising ($258 million worldwide on a $150 million budget). Birds of Prey checked off some “breakout sequel” boxes (strong reviews, a potential for post-theatrical discovery), but not others (it wasn’t leggy and it wasn’t a hit). It stinks that Yan and Hodson’s film stumbled despite hitting every mark for what we claim to want in our big movies (diverse casting, unapologetic feminism, excessively un-ladylike characters, women of color writing and directing, all in a high quality popcorn entertainment package), but that’s why you have to show up. We may see Harley and the Birds of Prey onscreen again, but it probably won’t be in Birds of Prey 2.

Reset Your Marketing Campaigns In The Wake Of Coronavirus

J.K. Rowling Announces She Is “Fully Recovered” From Coronavirus Symptoms

The Coronavirus Makes Communication More Important Than Ever:...

Is Tonight The Night For Modern Baseball Era...