Breaking
Best Incentive To Get Vaccinated: Money, Messaging, Or...
Page Level Query Analysis at Scale with Google...
How A CIO Can Align IT With Business...
Blogger of the Month: Jo, Girl Eats World
6 Things Women In Business Know That Men...
How to Use First-Party Data for Ad Personalization
Pressing Reset—Putting A Fallen Unicorn Back On Its...
How We Went Viral: Promoting Content with Influencers,...
Blame Olympic Record Price Tag For Return To...
Apple iOS 14.5 Release: Should You Upgrade?
Why Gaming Gear Company Razer Launched A $50...
Technical SEO Implementations to Increase the Impact of...
30 Brilliant Ways to Market Your Eco-Friendly Shopify...
15 Tech Industry Leaders Share Overused (And Misused)...
How to Use Amazon Posts to Promote Your...
U.S. House Passes Bill To Create First Crypto...
Home Business Box Office: Ben Affleck’s ‘Way Back’ Earns Mere $2.6M Friday As ‘Baaghi 3’ Disappoints
Business 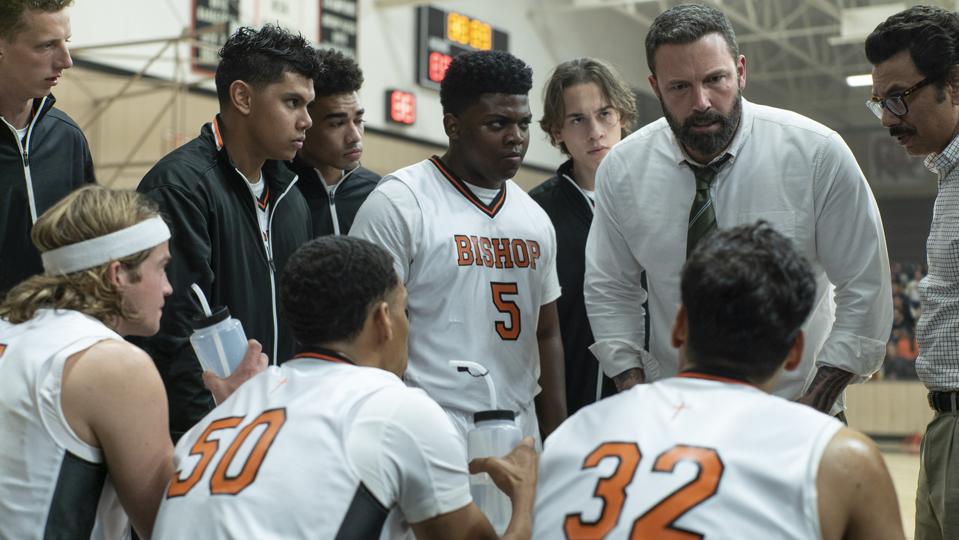 Ben Affleck in ‘The Way Back’

Warner Bros.’ The Way Back earned just $2.6 million on Friday. The mostly well-reviewed Gavin O’Connor-directed drama stars Ben Affleck as an alcoholic construction worker who finds a potential outlet for redemption or recovery via couching high school basketball, is indeed doomed to be one of those movies which is more written about than seen. We’re probably looking at an $8.5 million Fri-Sun launch.

Sad to say, but that’s actually on the higher end for the recent crop of WB dramas and studio programmers. It’s below the $10 million debut of Just Mercy (which legged out to $36 million) but above the likes of Richard Jewell, The Kitchen, The Goldfinch and The Good Liar. Some of this is the sad fact that audiences just don’t show up in theaters for old-school “movie-movies” anymore unless there’s a hook or it’s in the Oscar race.

I’d like to think that this $21 million drama can leg out accordingly, but it’s still saying something when an $8.5 million launch is considered comparatively “good” for a studio as big as Warner Bros. That’s why Birds of Prey ($80 million in a month) stung so much. Scoob is a coin toss, so now all eyes are on Wonder Woman 1984.

I don’t want to read too much into James Wan signing with Universal to produce a new monster movie (as opposed to/along with New Line/WB), but it’s hard not to. They’ve been in a rut, save for It Chapter Two and Joker, since Aquaman swam to $1.148 billion in late 2018. Whatever they were doing for their spectacular 2018 slate, they need to revert accordingly, because their 2019/2020 marketing isn’t cutting it.

Focus Features expanded Emma to 1,565 theaters this weekend after two weeks in limited release. The mostly charming and refreshingly colorful period-piece adaptation, featuring another superb star turn from Anya Taylor-Joy, earned $1.67 million (+376%) on Friday. As such, we can expect a $5.4 million (+366%) weekend. That gives Autumn de Wilde-directed romantic comedy a $3,450 per-theater average and a $7.292 million 17-day total.

Baaghi 3 more-or-less bombed (in North America) yesterday. The Bollywood action epic (which I have not yet seen but plan too as I’ve started to enjoy these big-budget, high-gloss Indian action spectaculars) earned $142,000 in 265 theaters. That positions the film for a likely $430,000 weekend ($1,623 per-theater). Sure, it’s not exactly banking on domestic dollars (it’s doing better but not superlatively in India), but it’s no Saaho or War.

Sony Pictures Classics expanded Michael Winterbottom’s Greed into 596 theaters in its second weekend. The Steve Coogan-led comedy, a bitter look at late-stage capitalism centered around an exploitative fashion tycoon, earned around $58,000 on Friday for a $194,000 (+704%) weekend. That’ll give the film a poor $326 per-theater average and mere $194,000 ten-day cume. It was nice of Sony to release the film somewhat wide, but, well, alas.

Finally, A24 released Kelly Reichardt’s First Cow into four theaters this weekend. The acclaimed comedy, based on Jonathan Raymond’s The Half Life, concerns a friendship between an American cook and a Chinese fur trapper. Buoyed by strong reviews and a committed fanbase, the film earned around $30,000 on Friday for a likely $98,000 opening weekend, giving it a decent-enough $24,463 per-theater average.

If You Like ‘The Witcher,’ Don’t Miss Netflix’s ‘Castlevania,’ Now In Season 3