Box Office: Disney Firing Of James Gunn From ‘Guardians 3’ Was A Lucky Break For Marvel 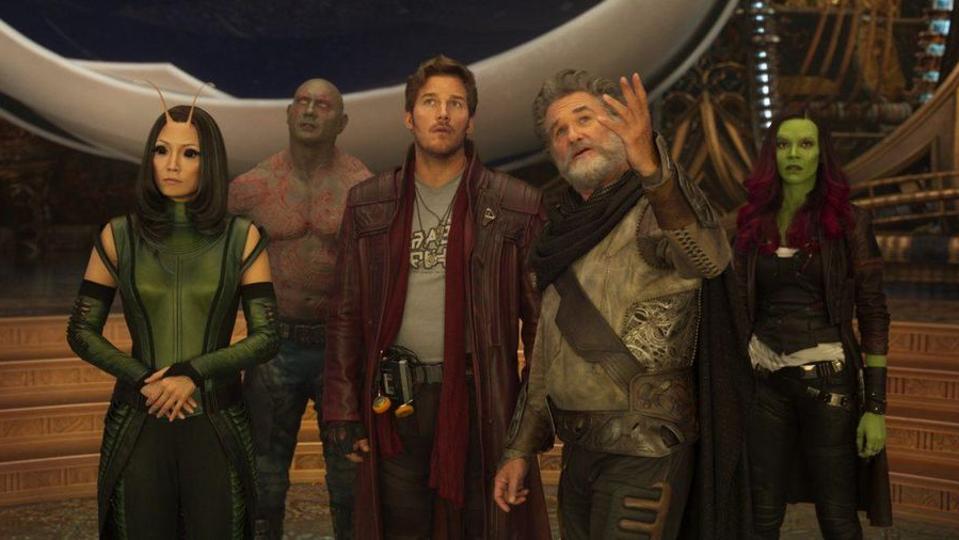 There’s no official new release date for Scarlett Johansson and Florence Pugh’s Black Widow, but it’s the kind of movie (like Wonder Woman 1984, A Quiet Place part II or Minions 2: The Rise of Gru) that could probably open anywhere on the calendar and make a mint. Since the Cate Shortland-directed movie is a prequel, set between Captain America: Civil War and Avengers: Infinity War, it’s less “must-see” in terms of the broad MCU narrative going forward. While I’m sure Disney would prefer to release the upcoming Marvel movies in the intended order, releasing this year’s (intended-to-be) summer kick-off movie whenever is less of a problem than it initially might have been. They would have been in a whole different scenario had this summer’s big MCU flick been, as intended, James Gunn’s Guardians of the Galaxy Vol. 3.

Had things gone to plan, Phase Four of the Marvel Cinematic Universe was going to start in May of 2020 with Gunn’s third (and presumably final) Guardians of the Galaxy movie. It was allegedly going to be a kind of glorified season premiere for the next big narrative in the MCU, while (presumably) being as singular/stand-alone as most of the other Marvel franchise flicks. Those plans were dashed in July of 2018 when Disney rather abruptly fired Gunn after conservative muckrackers unearthed and broadcast years-old tweets of a relatively inappropriate nature. Now that course of action was arguably a bit rushed, and Gunn was eventually hired back onto a theoretical third Guardians movie, but at least some of the damage was done. The notion of GotG3 serving as a season premiere for the post-Endgame MCU was off the table.

Plan B was to offer a comparatively stand-alone Black Widow prequel as the big 2020 summer kick-off movie, along with the fantastical (and star-driven) Eternals in November. In terms of the movies, the real beginning of the MCU’s new status quo is probably not Shang-Chi which was supposed to open in February of 2021. Offhand, I’d expect Destin Daniel Cretton and David Callaham’s martial arts actioner (take THAT, Mortal Kombat!) to be as stand-alone as Black Panther or Captain Marvel. At a glance, the “season premiere” may be Sam Raimi’s Doctor Strange and the Multiverse of Madness next May. Even the Disney+ TV shows, which are allegedly connected to the movies, weren’t supposed to debut until (prior to the production shut-down) late 2020. As I somewhat suggested in late 2018, the MCU is kinda/sorta taking 2020 off anyway.

This shutdown, in terms of theaters being open and productions being delayed, affects everything in the release pipeline. To the extent that the Disney+ TV shows really do connect to the movies (although almost every MCU movie wasn’t made to require you to see any other MCU movies), it’s a slightly more complicated puzzle than just Universal tossing F9 into the April 2, 2021 slot where Fast & Furious 10 was once scheduled to open and thus giving Justin Lin and friends more time to construct what was intended to be a series finale. If everything is pushed back, then everything is just pushed back. Marvel having reschedule a comparatively stand-alone Black Widow movie is easier than figuring out how reschedule a third Guardians movie that was supposed to first big “mythology” episode after Avengers: Endgame.

The inevitable consequence of Disney temporarily firing James Gunn off of Guardians of the Galaxy Vol. 3, the entire MCU timeline being shifted with Guardians 3 no longer acting as the Phase Four kick-off, turned out to be a weirdly lucky break. Marvel’s 2020 cinematic slate is now comparatively stand-alone and (presumably) disconnected from the grander story at least as much as Doctor Strange or Black Panther. Instead of Guardians 3 kicking things off in 2020, it’ll probably be Doctor Strange 2 in 2021, which makes the delays and uncertain theatrical scenario that much less complicated for the MCU. Black Widow (the only MCU movie currently delayed) can, unlike the initially intended summer 2020 MCU kick-off movie, presumably be tossed around almost anywhere without messing up the continuity. It’s still bad, but it’s less bad.

What The Coronavirus Is Doing To Our Malls

The Death Of The Agency Model: How Marketers...

When Is A Girl Ready For Marriage? After...