Breaking
How To Get Your Startup Business Off The...
How To Create A COVID Safe Construction Site
How to Make a Good First Impression at...
China Shipments To The U.S. Are 7 Times...
Reviewing ‘The iPhone Of Air Conditioners’
AARP BrandVoice: The Doctor Will See You Now,...
ThoughtSpot’s New Cloud-Based Tool Aims At Boosting Growth...
10 Ways Service-Based Businesses Can Generate Positive Word-Of-Mouth...
Report: Struggling Black-Owned Businesses Need More Government Grants
Why The Fed’s Outlook Paints A Sobering Picture...
As The End Of 2020 Approaches, The Cybersecurity...
Do Businesses Have A Role In Solving Poverty...
Young And Powerful: She The Change
Want To Attract (And Keep) The Right Clients?...
Best Legal Practices For Reopening Sports Venues During...
Why Now Is A Good Time To Start...
Here’s Why Texas Instruments’ Stock Growing Almost 2x...
LinkedIn’s 50 Best Startups To Work For In...
3 Marketing Mistakes Holding You Back From Hitting...
Home Business Box Office: ‘Joker’ Petering Out As It Nears $1.1 Billion
Business

Box Office: ‘Joker’ Petering Out As It Nears $1.1 Billion 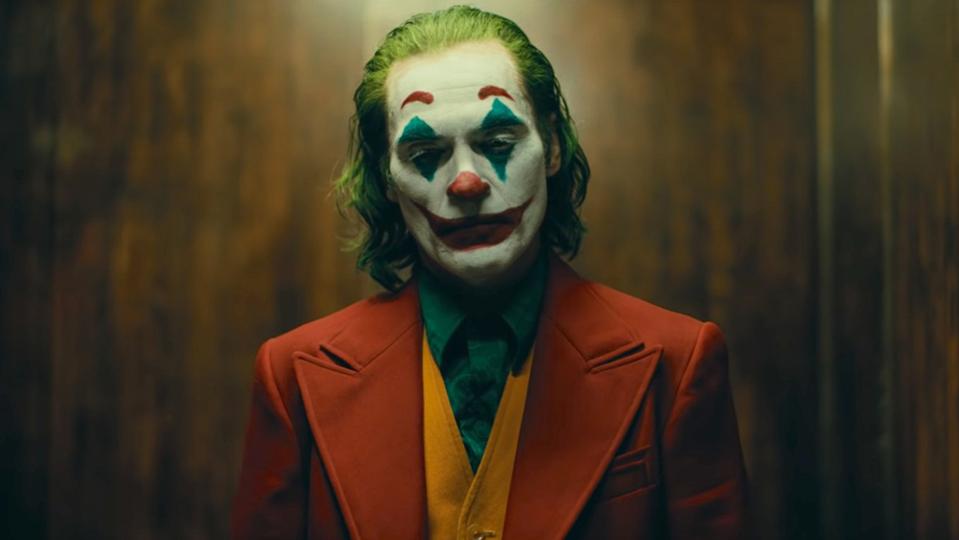 Times are slow for the biggest October movie of all time, as Joker is on the brink of exiting theaters. Just two weeks ago, the latest DC Comics film was only able to muster $141,000 from just over 200 theaters—a far cry from the Joaquin Phoenix film’s massive $96.2 million opening.

But still, those early months were kind to Joker and put the film in a position to become one of of the DC Extended Universe’s most successful projects. After just three weekends in theaters, Joker ranked as the ninth highest earning DC film of all time at the U.S. box office, and the 15th highest ranking DC film of all time at the global box office.

From there, it’s been a slow and steady rise for Joker. And since early December, the Joaquin Phoenix film has rested in the No. 3 position at the domestic box office and in the fifth position at the international box office.

Joker’s current $1.067 is up about $10 million from one month ago, which means the film is still performing well in scattered markets overseas. That total puts it just The Dark Knight Rises at $1.085 billion.

So while Joker’s slot on the worldwide list seems all but solidified, Joker is on the verge of capturing Aquaman at $335.1 million in the U.S. rankings.

Joker’s current $334 million domestic total is up about $600,00 from its revenue just two weeks ago. So while attendance has tapered off significantly, the Joaquin Phoenix vehicle has pulled in enough moviegoers to keep itself alive. At this point, it only rests $1 million behind Aquaman.

While the film’s theater count is slowly dipping down into double digits, Joker’s per-theater average at this stage of the game is still impressive. Last weekend, the film only showed in 111 theaters, but pulled in $128,484. That came to an average of $1,157 per theater—the highest per-theater average for the film since November.

If Joker’s weekly average continues to remain around $200,000, then Joker should only need a few more weeks to close the gap between itself and Aquaman (pending it remains in theaters). On the other hand, the $20 million remaining between Joker and The Dark Knight Rises may prove to be insurmountable.

In the meantime, we’ll keep track of Joker’s performance and update accordingly.

Looking To Get Started On Your Taxes? IRS Says Free File Is Open