Box Office: Movie Theaters May Return, But Theatrical Cinema Might Not Survive 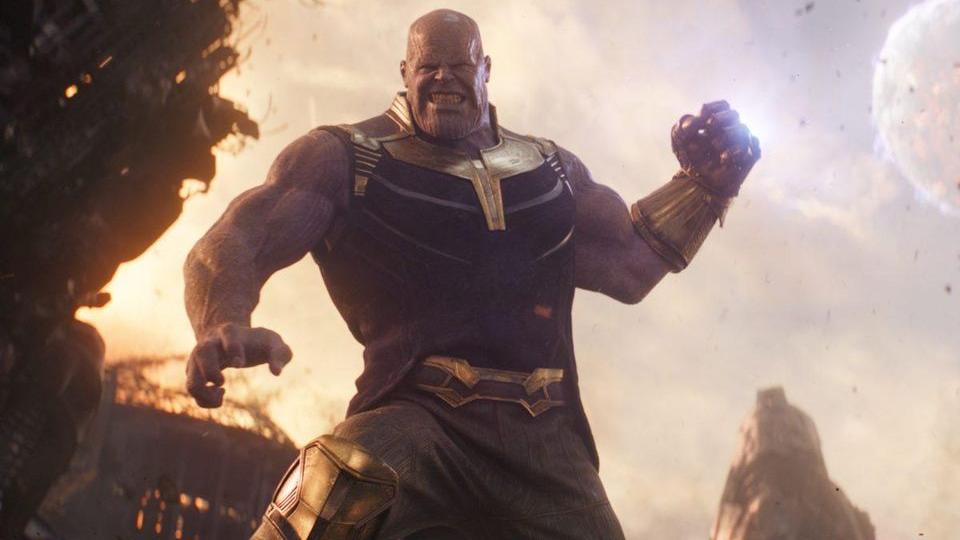 The coronavirus pandemic may hasten the grim future where movie theaters only exist for the very biggest blockbusters, franchises and cinematic tentpoles while everything else is produced for streaming platforms.

Domestic theatrical moviegoing grossed $11.4 billion in 2019, with global earnings topping $42.5 billion. Even with AMC hoping that Wanda comes to its rescue as Cinemark lays off 17,500 employees and furloughs 50% of its staff, movie theaters presumably won’t just disappear. When studios talk about lessening the window between theaters and post-theatrical revenue streams (VOD, DVD, etc.), they are trying to have their cake and eat it too. They want top-tier theatrical box office AND top-tier post-theatrical revenue without any lag time. If Warner Bros. could release a movie like Tenet or Wonder Woman 1984 straight-to-a “premium VOD” strategy currently being tested by Universal ($20 for 48 hours), and reap anywhere near the expected theatrical earnings ($650 million to $1.1 billion), well, we wouldn’t have movie theaters.

Chatter about tradition and the purity of the theatrical experience notwithstanding, movie theaters still exist because the big studio movies earn vast amounts of cash worldwide via first-run theatrical distribution. There are a few titles, like Avatar and Frozen (both of which topped $400 million in domestic DVD/Blu-ray revenue), that have earned post-theatrical revenue comparable to top-tier box office. However, A) those are the exceptions and B) those successes only took place after ridiculously strong theatrical runs. As long as studios can still make a lot more money releasing their tentpole flicks in theaters and VOD, versus just VOD, theaters will have a commercial purpose. Does that mean movie theaters will exit the storm bigger and better than ever? Well, probably not, especially if you’re not an IMAX theater.

The comparison I’ve long made is the notion of movie theaters turning into the equivalent of video game arcades. While arcades thrived in the 1970s and 1980s, once home consoles (Nintendo, Sega, etc.) got to the point where they could successfully approximate any successful arcade game, the need to go to arcades nearly-evaporated overnight. It’s one thing when Nintendo offers a down-scaled and compromised version of the first Teenage Mutant Ninja Turtles arcade game. It’s another when Super Nintendo provides an almost identical adaptation of Teenage Mutant Ninja Turtles: Turtles in Time. Once home consoles were able to approximate, and then surpass, the conventional arcade game, the arcades were only of value for nostalgia and immersive experiences (driving games, shooting games, etc.) that you couldn’t approximate at home.

Hollywood has been struggling with competition from streaming films and TV shows, along with old-school TV, that can approximate, in terms of production values, scale, writing and star power, 95% of what you might find in movie theaters. This isn’t a new issue, as televised sitcoms like Friends and crime procedural dramas like Law & Order have been making cinematic comedies and cinematic cop dramas/legal thrillers redundant for decades. But now, especially in the last five years, the only thing that movie theaters can offer over Netflix or HBO is mega-budgets and top-tier blockbuster spectacle delivered on a giant screen. Audiences have concurrently abandoned the idea of seeing non-tentpoles in theaters. Meanwhile, the fantastical likes of The Witcher, The Mandalorian and Legends of Tomorrow are closing the gap.

CW’s superhero shows can’t compete with Aquaman for scale and action set pieces. But Arrow and The Flash are close enough while approximating the “soap opera in tights” aspects of serialized comic book storytelling. TV budgets and ambitions have reached a point where a given fan of a given fantasy book/literary series (Watchmen, Mortal Instruments, Killing Eve) would rather see their favorite IP brought to TV as opposed to a movie. The action may be smaller. The scale may be slighter. However, you get a focus on character and, due to not having to appeal to global audiences, an ability to steal Hollywood’s big-screen thunder in terms of diversity and LGBTQIA representation. Sad to say, The Mandalorian being better than The Rise of Skywalker may have sealed the deal.

Hollywood’s relative abandonment of (spurred by moviegoers’ concurrent apathy for) adult-skewing, non-franchise, star-driven studio programmers has led many of the biggest and brightest filmmakers and movie stars to television shows and mini-series episodics. Such offerings now being available at home has decimated the financial potential of what used to be “a movie.” The 2018 domestic box office was around $11.863 billion, which was a 7% jump from 2017’s $11 billion gross. The total number of tickets was 1.2 billion, down from a peak of 1.575 billion in 2002 but almost tied with the 1.202 billion sold in 1993 (the year of Jurassic Park). The difference is that, as has been the case at least since 2015, far more tickets are being sold for a handful of significant tentpole movies.

Audiences are gravitating to Marvel/DC superhero movies, marquee animated flicks and big horror movies, with occasional breakouts for star-driven action movies and live-action musicals. Meanwhile, studios like Paramount and Sony that made their fortune from star-driven studio programmers (as opposed to character-specific IP franchises) are struggling. By mid-June of 2016, the top five films (Captain America: Civil War, Deadpool, The Jungle Book, Zootopia, and Batman v Superman) had accounted for 44% of all total domestic business. The top ten movies last year, of which only Sony’s Jumanji: The Next Level was not a comic book and/or Disney flick, accounted for $4.631 billion (40.6%) out of $11.4 billion domestic cume. This was supposed to be the year where Warner Bros., Universal and Paramount fought back after the Disney onslaught.

There were hopeful signs in successful runs for the likes of Knives Out, 1917, Little Women and (domestically) Ford v Ferrari. A glorified live-action musical it may be, but Bohemian Rhapsody earned $905 million worldwide in late 2018/early 2019. Are the successes of John Wick: Chapter 3, Uncut Gems, Baby Driver, and Dunkirk signs of hope, or periodic water bottles found in a perpetual desert? I fear that the current storm will only hasten the long-predicted endgame. Moreover, after 2022, when (possible release date delays notwithstanding) Jurassic, Fast & Furious, Mission: Impossible and the Daniel Craig 007 run has wrapped up, and after Disney has remade the key 1989-1999-era Disney toons, there may not be any other big franchises with mega-appeal outside of (hopefully) Avatar and the DC/Marvel brands.

In the “darkest timeline” prediction, one that the coronavirus may merely have sped up, movie theaters would become video game arcades, only existing to show the biggest, most immersive tentpole movies in a way that couldn’t be approximated at home. Much of that is the fault of moviegoers, who have gone out of their way to avoid the very thing they complain Hollywood no longer makes as, once again online, demands do not correlate with general audience interest. Folks would still see the very biggest movies, like Tenet, F9: The Fast Saga and Mulan in theaters. Almost everything else would be created for streaming/VOD consumption, either as a VOD-first rental title or another piece of accumulated content for the likes of Netflix, Amazon AMZN , Disney+, HBO Max and Peacock.

7 Books Every Entrepreneur Must Read at Least...