Breaking
The Ultimate Guide to Saving Money
Lights, Camera, Action—Is There A Post-Covid Future For...
7 Ways to Reduce Human Errors in Your...
How ‘Couples Therapy’ Used Technology To Cope With...
Can You Settle Your Student Loans Or Negotiate...
How to Use Amazon Attribution For Ad Campaigns
What are the Makings of a High-Quality Link?
How To Quickly Start And Scale Your Business
Terra Virtua: What NFTs Can Teach Us About...
5 Easy Steps To Prepare Content For E-A-T...
Physical Inactivity Linked To More Severe Covid-19 Infection...
The 2021 Estimated Tax Dilemma: What Tax-Return Pros...
Want To Digitally Transform Your Business? Start With...
How to Optimize Google My Business and Leverage...
Debunking Link Building Myths in 2021
How, When And Where You Can Gaze At...
Home Technology Bracelet-Funded 4ocean Deploys Harbor Skimmers To Fight Plastic Pollution In Marinas
Technology 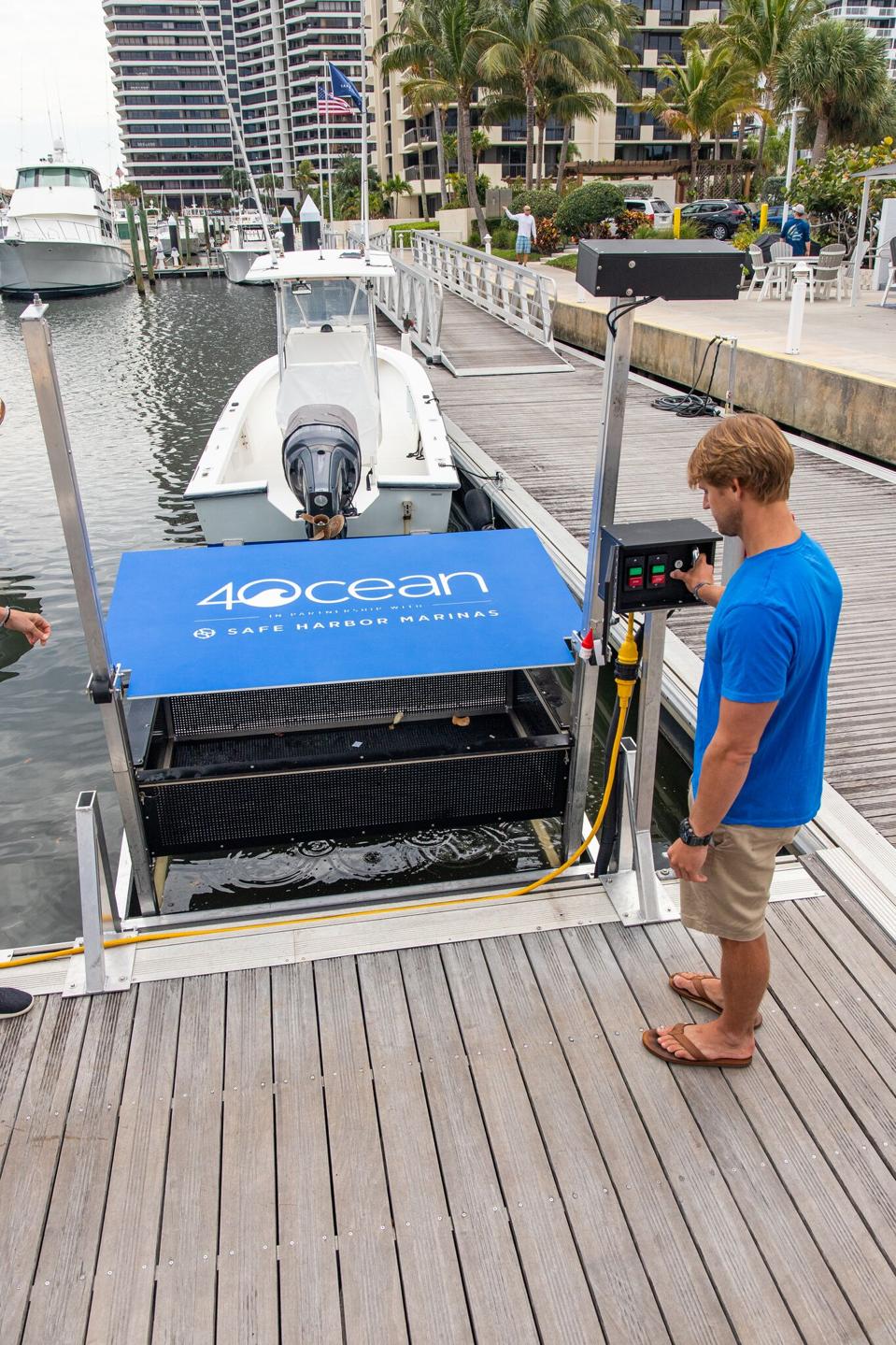 One push of a button brings the collection basket to dock level where debris can be unloaded by a … [+] maintenance crew member.

Think of a pool skimmer. Now think of a really big pool skimmer, large enough to clean up marine debris in a harbor. It’s called the Harbor Skimmer.

A “purpose-driven” business called 4ocean, which has removed more than 8 million pounds of trash from the ocean and coastlines in the last few years, has teamed up with Safe Harbor Marinas, with 97 locations across the United States, to install Harbor Skimmer machines across the country.

For now, skimmers are working at four marinas in Florida, including Old Port Cove Marina in North Palm Beach, in areas that tend to accumulate floating debris and plastic.

“Since this partnership has only recently gotten off the ground, we have not been able to record and report back on the amount of debris that has been collected to date,” says Tim Binder, 4ocean’s global head of brand marketing.

“The goal of this partnership, however, is to remove thousands of pounds of trash from harbors and marinas around the United States every year.”

The 4ocean Harbor Skimmer can hold up to 1,200 pounds of marine debris. It uses two, 150-gallon-per-minute pumps to create a slow-suction effect on the surface of the water.

The skimmers are designed to be mounted on floating docks inside marinas and harbors.

They run around the clock. As debris including plastic pollution floats into the vicinity of the skimmer, the junk is gently sucked into the machine and held in a collection bin until the bin can be emptied. One push of a button brings the collection basket to dock level, where the treasure can be unloaded by a maintenance crew member.

Binder says Safe Harbor staffers will service the machines on a regular basis, and what’s collected will be sorted and recycled, with any vegetation or marine life returned to the water.

See more about the design of the 450-gallon skimmer in this video, including how fish and wildlife are protected.

The 4ocean-Safe Harbor partnership is part of a pilot program to remove plastics and other pollution from marinas and harbors. Texas-based Safe Harbor Marinas, the world’s largest owner and operator of marinas, has locations in 20 U.S. states.

“The first batch of 4ocean Harbor Skimmers are serving as a pilot program,” Binder says. “Both 4ocean and Safe Harbor need to learn more about their prolonged use and make sure that everything is perfect before we expand into additional marinas. After this first phase is completed and we feel confident in the results, our goal is to expand into additional marinas nationwide.” 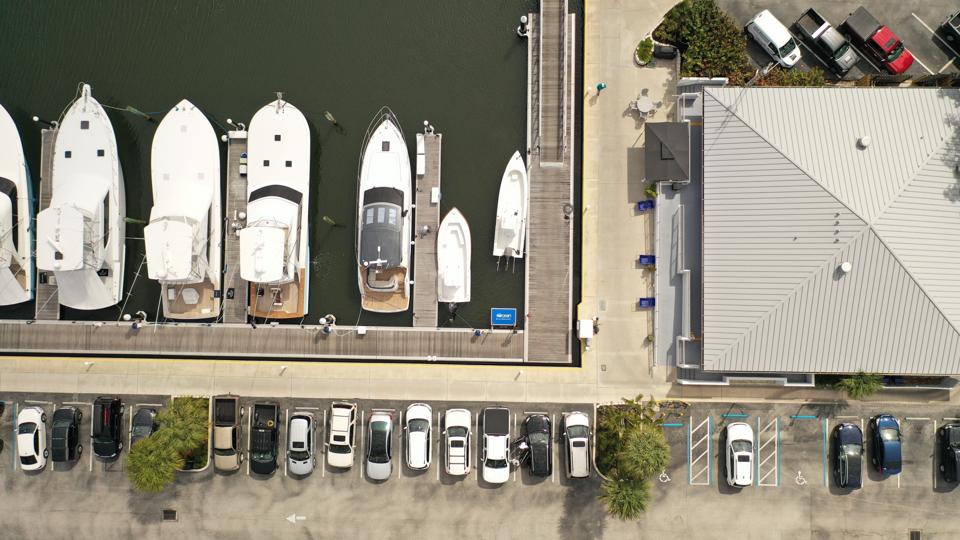 This project, like others by 4ocean, was paid for by sales of $20 bracelets and other recycled plastic merchandise. 4ocean’s pledge is that one pound of trash is removed from the ocean for every product purchased, and their collections have been documented and audited by the Better Business Bureau.

“The research and development needed to bring the 4ocean Harbor Skimmer to life was funded by the sales of 4ocean products,” Binder says.

“Once the prototype was tested and proven to be effective, the machine was made available for purchase to third party organizations wishing to help us in our mission to end the ocean plastic crisis.

“Safe Harbor Marinas and 4ocean moved forward with a partnership that involved them purchasing the first few machines as a pilot program. The machines are still readily available for purchase by other organizations as well.”

The Harbor Skimmer shouldn’t be confused with the Mobile Skimmer, which is working in places including Central America. That Mobile Skimmer is a fuel-efficient vessel with articulating arms on the front that guide marine debris onto a conveyor belt that leads to a “super sack” with the capacity to hold up 220 pounds of debris.

With the Safe Harbor partnership, Central America work and other ongoing projects, 4ocean hopes to have removed more than 10 million pounds of trash from the oceans and coastlines before the summer is over.

How CEOs Are Communicating To Consumers During The Coronavirus Outbreak