Brandon Morrow To Get A Second Chance With Cubs 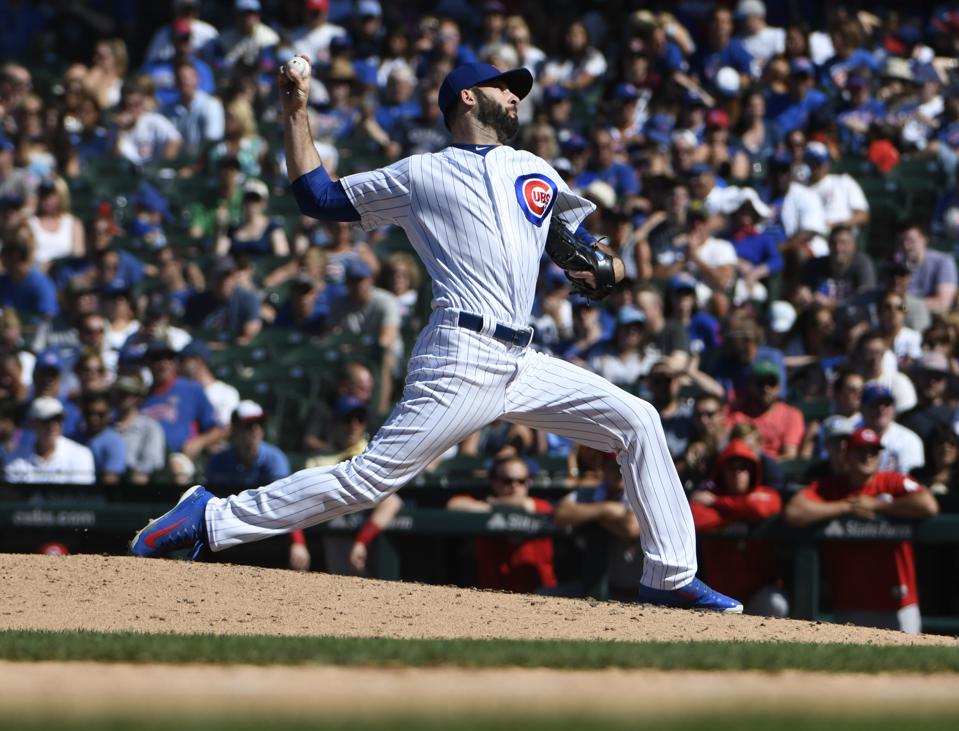 CHICAGO, IL – JULY 08: Brandon Morrow #15 of the Chicago Cubs pitches against the Cincinnati Reds … [+] during the ninth inning on July 8, 2018 at Wrigley Field in Chicago, Illinois. The Cubs won 6-5 in ten innings. (Photo by David Banks/Getty Images)

Brandon Morrow’s first go-round with the Cubs did not go well, but reports Friday are that he is getting a second shot in Chicago.

After rumors that he would sign with the Cubs on a minor league deal floated for weeks, USA Today’s Bob Nightengale tweeted on Friday afternoon that the signing was happening:

Morrow originally signed with the Cubs prior to the 2018 season on a two-year, $21 million deal, but injuries shut him down in July 2018, and he has not pitched since.

He had a $12 million team option for 2020 that the Cubs did not exercise, instead bringing him back on an incentive-laden minor league contract. Per Nightengale, Morrow will earn $1 million if he makes the major league roster, and an additional $2.25 million if he pitches in at least 65 games.

Morrow has never pitched in that many games in a season in his career, coming closest in 2007 with 60, but he pitched only as a starter from 2010-2013 while with the Blue Jays.

There’s obviously incentive for Morrow to earn that extra money by making 65 appearances, but there’s also incentive to show he can still pitch. At his best, Morrow was a very effective relief pitcher, posting a 1.69 ERA in 2016 with the Padres, appearing in every game of the 2017 World Series with the Dodgers, and earning 22 saves with the Cubs in 2018 before injuries cut short his season.

The benefit for the Cubs is obvious. They have need in their bullpen, a group that at times struggled to close games in 2019, blowing 28 saves in all. They’ve also lost reliable relievers Steve Cishek and Pedro Strop to free agency.

If Morrow can return to the majors and stay healthy, he can serve as a setup man or backup closer to Craig Kimbrel, who had a 6.53 ERA in 23 appearances for the Cubs last season. He converted 13 of 16 save opportunities and leads active relievers in career saves, so a tandem of a healthy Morrow and an effective Kimbrel would go a long way toward strengthening the Cubs bullpen for 2020.

The Cubs declined Morrow’s 2020 option in November, and reports circulated shortly after that he was interested in returning on a minor league deal. The team has yet to confirm the signing, but Morrow returning to the mound healthy and throwing well would be a welcome sight at Wrigley Field.

The NFL’s Bobby Wagner Negotiated His Own $54 Million Deal. Now The 30 Under 30 Linebacker Is Tackling Startups.

Healthy Ways To Eat And Drink During Coronavirus...

How Robots Are Helping Grocery Stores During The...