Breaking
Behind The Curtain—Chapter 11 From The Inside—Chapter 10—The...
Three Classic Ways To Get New Business
With Hope, Perseverance And Faith, Two Friends Are...
Exxon Mobil Shares Cross 10% Yield Mark
T-Mobile for Business BrandVoice: From Sci-Fi To Everyday...
How To Move Your Career Forward By Making...
A Conversation With Jill Houghton, President And CEO...
VW’s Electric ID.4 Lands In Q1 2021 With...
Would Biden Enact Broad Student Loan Forgiveness? These...
Why You Must Slay Your Mindset And Stop...
Surviving The Pandemic With Your Culture Intact: How...
The Disruption Of The Consulting Industry Is Here
Remote 101: How To Create Meaningful Connections For...
How To Reassess Your Finances To Align Your...
7 Things Every Entrepreneur Should Automate
Volkswagen’s Truck Unit Ties Up With TuSimple On...
Home Technology ‘Bravely Default II’ Is Coming To The Switch Next Year
Technology

‘Bravely Default II’ Is Coming To The Switch Next Year 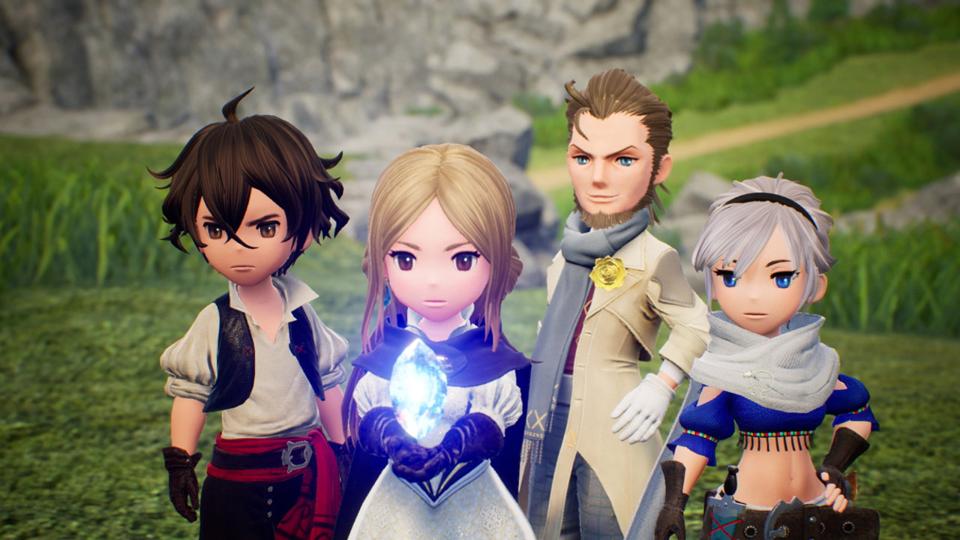 The upcoming ‘Bravely Default II’ for the Switch.

If you enjoyed the first Bravely Default back in 2012 and Bravely Second: End Layer in 2015, we now have Bravely Default II to look forward to on the Switch sometime next year.

While this should technically be called Bravely Default III, the shift from the 3DS to the Switch will be an interesting one.

Not least because the team behind the excellent Octopath Traveler are also working on this.

Not to mention that Bravely Default II will see the return of producer Tomoya Asano, character designer Akihiko Yoshida and composer Revo.

The new trailer (shown below) doesn’t really give away much but the final shot of the characters (shown above) does show an interesting though obviously necessary graphical shift over the original 3DS games.

Asano also took to Twitter to thank the fans of the Bravely Default games for being so patient.

We finally were able to announce it! For those who’ve been waiting all this time, I apologize, and I’d like to thank you. People reacted so loudly that all our staff are pumped up to work on this game.

In addition, Revo also commented on how the game is being scored over previous versions.

To all fans, I’m back. I’m happy to be able to participate in this hakoniwa-style world again. The graphics have kept that sort of warm, hand-crafted look, but in even beautiful graphics. For the music, in order to better represent the atmosphere, I’m tackling this task with all my courage. The music used in the teaser trailer was grand orchestral music, but there are also band-style musical pieces that charges forward passionately, intricate traditional-sounding music pieces, and a wide range of music that may sound nostalgic, but also fresh at the same time. I can only say that I hope you can play the game as soon as possible. Please look forward to it!

Bravely Default II will be released for the Switch sometime next year.

Thanks to Siliconera for the above translated comments from both Asano and Revo.