Breaking
Stock Market Crash: The End Game And Down...
Does Artificial Intelligence Design New Drugs Or Discover...
NBA 2K21: How To Download A Realistic 2021...
Ask Larry: When I File For Social Security...
Level UP With LinkedIn Live
AstraZeneca May Conduct Additional Trial For Covid-19 Vaccine...
Robert Smith Breakup Exclusive: Billionaire Brian Sheth Reveals...
‘Destiny 2’ Wants Season Of The Hunt Feedback,...
British Auto Makers’ Nervousness Over EU Trade Deal...
Want To Disrupt An Industry? Solve A Problem...
Life In 2020 AD: The Challenges Of The...
How Companies Are Adapting To Changing Customer Demand
Cyber Police Claim Double Win: Arrests In 50,000-Victim...
‘Tis The Season To Be Jolly Unless You...
The Physics Of Why You Must Never Deep...
Five Ways Holiday Shopping Will Be Different This...
Home Business Brazil Wants To Regulate WhatsApp: Could It Do It Without Stifling Free Speech?
BusinessSocial MediaTechnology

Brazil Wants To Regulate WhatsApp: Could It Do It Without Stifling Free Speech?

Brazil is going through very difficult times. Yesterday the country reached more than 95,000 Coronavirus deaths in total (since the beginning of the pandemic), with over 735,000 people currently infected. The fight against the virus is undermined, not just by the highly controversial right-wing president, Jair Bolsonaro, who notoriously called it a “little flu”, but by widespread misinformation.

A study by US-based non-profit Avaaz revealed in May that roughly seven out of ten Brasilian believed at least a fake news about the pandemic – from coffee preventing the disease, to relatives of deceased people forced to accept “coronavirus” as cause of death, on death certificates. 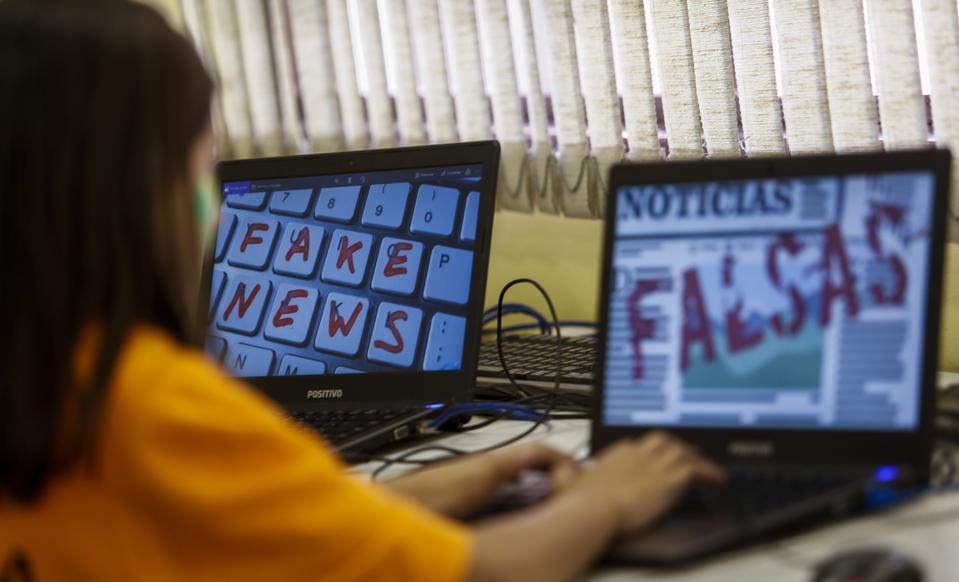 Since then, the situation got even worse. Little wonder, therefore, that the topic raised the attention of activists and legislators: a draft of the “Lei Brasileira de Liberdade, Responsabilidade e Transparência na Internet“, universally known as the ‘fake news law’, after having been approved by the Senate, is currently being reviewed by the Chamber of Deputies.

The law will apply to any social network or messaging platform with more than two million users, although, even if it does not explicitly say so, the bill is targeting mainly WhatsApp, which, together with Facebook is the primary source of information for most people in Brazil and the channel on which disinformation most easily spreads.

Whatever the outcome, legislators and activists around the world should take note of the debate, because most countries are facing similar problems, or soon will, although perhaps not at this scale.

The authors of the draft steer clear from providing a definition of “fake news”, which could be tricky and open the doors to all sorts of abuse. Rather, they focus on the behavior typically associated with misinformation: high volume of messages coming from a few accounts in a short time, and forces the platforms to create mechanisms that limit it.

According to the proposal, Internet companies should keep for three months the records of messages conveyed in bulk forwardings. The law defines “bulk forwarding” as the sending of the same message to groups of conversations and transmission lists by more than five users for 15 days, with a final audience of more than a thousand users.

Following a court order, the police (or another law enforcement agency) could then access the records to make sure that whoever spread initially the lie, is held accountable. For the same reason, the law contains provisions to limit the use of automated bots, if they are not identified as such. It’s worth noting that the traceability requirement does not concern the content of the messages itself, but only the metadata: who sent the messages to whom, and when.

Sounds good, on paper, but making virality suspicious in itself creates several problems; first of all because, as Namrata Maheshwari pointed out in an article for the Center for Democracy and Technology, “users should not be brought under suspicion and their rights should not be made vulnerable because they drafted or shared a widely circulated message.”

Furthermore, as the UN’s rapporteur for freedom of expression, David Kaye, declared to the Folha de S. Paulo daily, “one of the values of services like WhatsApp is that it allows people to share information in a way that is not exactly anonymous, but very close to that. This is important for public debate and freedom of expression. If people think that sharing information will make them traceable, the right to privacy has already been affected.”

Secondly, not knowing which messages would go viral in the 15 days timeframe, platforms would be forced to keep all messages, opening the doors to potentially devastating data breaches and mass filing. A possible workaround, as suggested by the director of the São Paulo-based think tank Law and Privacy Design Institute, Ricardo Campos, could be collecting metadata only from accounts that send 2,000 messages a day. To avoid including official accounts that legitimately send out thousands of messages a day, they could be given ‘verified account’ badges, similar to the ones currently used on Twitter.

Another highly controversial provision of the draft is the creation of a “Transparency Council” (Conselho de Transparencia), tasked with publishing studies and issuing reports and recommendations on Internet’s freedom and transparency. “In essence, what apparently is just an advisory body seems to create, in fact, an information regulatory agency, which is, from every perspective, reckless for a democratic state of law,” Sandra Krieger Gonçalves, a federal advisor to Order of Attorneys of Brazil, told the daily O Estado de S. Paulo.

Supporters of the law maintain that all the measures are aimed at curbing industrial-scale disinformation and that “nobody wants to silence ordinary people”. They also stress that, with article 12, the draft introduces a “right to appeal” for users that have their posts deleted, often without clear explanation or a with generic reference to terms of use violation. In case a post is taken down for disseminating fake news, the platform has to explain the reasons and the sources used to verify the content.

The sanctions proposed for non-compliance are quite high, and could reach up to 10% of a company’s annual turnover in Brazil. Some MPs are also discussing making some aspects of fake news dissemination, such as the usage of automated bots, a criminal offense. This would however require reaching and enforcing a definition of what is fake and what is not, which is highly problematic.

The debate is worth following closely. Brazil was a forerunner for internet rights with its “Marco Civil“, which became a blueprint for scholars around the world: with this new law, it could also set a model, for better or worse.