Breaking
Why You Should Fire 90% Of Your Clients...
15 Smart Ways To Get More Mileage Out...
14 Smart Ways To Leverage Machine Learning For...
Three Lessons The Life Insurance Industry Learned During...
Why Convenience Is Essential
Norway’s $1 Trillion Oil Fund, BlackRock And Vanguard...
Sennheiser Makes Open-Back Headphones More Affordable With The...
Artificial Intelligence Is Ready For Prime Time, But...
Satellite Science Is Helping The Environment, From Farms...
Corporate America’s Employment Problem Isn’t Just Race But...
Designing Household Appliances With Planet And Health In...
Fauci: ‘We’re Nowhere Near Herd Immunity’ In The...
Behind The Curtain—Chapter 11 From The Inside—Chapter 10—The...
Three Classic Ways To Get New Business
Email Marketing Consulting
With Hope, Perseverance And Faith, Two Friends Are...
Home Business Brent Oil Futures Jump 10% As OPEC+ Scrambles Urgent Meeting
Business

Barely a month on from the collapse of OPEC+ and the subsequent slump in oil prices, the crude producers’ group has announced it will attempt another round of negotiations via an online meeting on Monday (April 6), prompting a price spike.

The development follows U.S. President Donald Trump’s extraordinary intervention overnight after he claimed to have spoken to Saudi Crown Prince Mohammed Bin Salman and Russian President Vladimir Putin, and hinted that a “10-15 million barrel” oil production cut might be on the horizon. 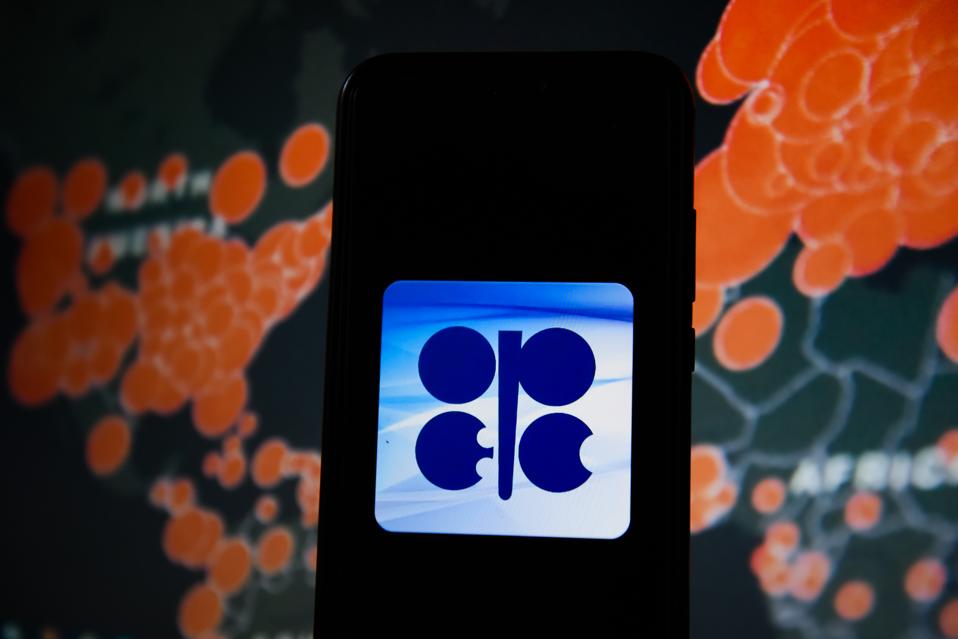 With ambiguity on what Trump was implying, an assumed 10-15 million barrel per day (bpd) cut amounts to nearly half of Russia and Saudi Arabia’s headline output were the burden to fall only on those two nations.

While the Saudis, weren’t dismissive of the Trump missive, Riyadh would need others to share the burden and has called upon producers both within and beyond OPEC+ to do their bit. However, Russia – currently subject to U.S. sanctions – remains the primary stumbling block to any production, the chance of which it effectively scuppered on March 6.

At the time, Saudi Arabia was requesting a combined OPEC+ deepening of existing cuts by 1.5 million bpd faced with a demand decline triggered by the coronavirus or Covid-19 global pandemic. Given how fast events have moved since with whole countries in lockdown mode, current forecasts point to demand declines of as much as 18-20 million barrels in April alone, and by as much as 20 million bpd in terms of global call on crude for all of 2020.

For now, the Russian position remains unchanged. The Russian Energy Ministry declined comment on Trump’s claim. Furthermore, confirmation of Russian participation in the OPEC+ has yet to be received.

Meanwhile, Trump is due to meet key U.S. oil and gas industry bosses at the White House, while Putin will be holding meetings with Russian industry executives as calls also grow for American producers to partake in output cuts.

Chief architect of the U.S. production cut hypothesis is Texas Railroad Commissioner Ryan Sitton, one of three officials, from the agency that regulates the American oil rich state’s industry. Over the past few weeks Sitton has been regularly flagging his phone conversations with OPEC Secretary General Mohammed Barkindo and Russian Oil Minister Alexander Novak as well as his desire to speak to the Saudis.

Sitton has also been dropping hints at using the commission’s authority to cut production, a power it hasn’t exercised since the 1970s.  The TRC is due to hold its own consultation on the matter on April 14. However, several U.S. companies have expressed their opposition to the move, as well as Sitton’s fellow commissioners Christi Craddick and Wayne Christian.

Any U.S. cuts would be as contentious as Russia’s participation, and TRC has no mandate over other American oil producing states such as Alaska, Colorado or North and South Dakota, though Texas does account for 40% of headline U.S. production.

In the meantime, the Saudis are busy loading 18.8 million barrels of crude on to some 15 tankers for dispatching in April while the coronavirus continues to crater oil demand. The first quarter of 2020 ended with oil prices around 66% lower, and for all the shenanigans aimed at easing market pain over the second quarter, if there is one thing OPEC+ and others cannot control – its demand destruction on a scale the oil and gas business hasn’t seen before.