Breaking
Silver Shines, Says Citi, Tipping A 60% Price...
Report: Lawyers Unable To Locate Parents Of 545...
In Need Of A Competitive Edge? Look To...
Think Small: Timely Picks To Capture The Reawakening...
Patient Gets Covid-19 Swab Lodged In Her Lung...
Nine Signs You’re Not Being Effective During Your...
Chromebooks Can Now Run Windows 10 – Find...
Will Biden’s Tax/Benefit Plans Help/Hurt You And The...
This Fashion Brand Turned A Stripe Into A...
On CRM: Salesforce Has Finally Fixed Your CRM...
Shots In The Dark: Why Access To A...
The Case For A Better ROI From Virtual...
What Building Wealth Really Takes In Business
Building A Circular Economy In New York City...
How To Cast Your Vote Against Election Scams
Does Business Investment Follow Data or Gut Feel?
Home Business Brewers Get Edge Over Padres In Rare “Challenge” Trade
Business

Brewers Get Edge Over Padres In Rare “Challenge” Trade 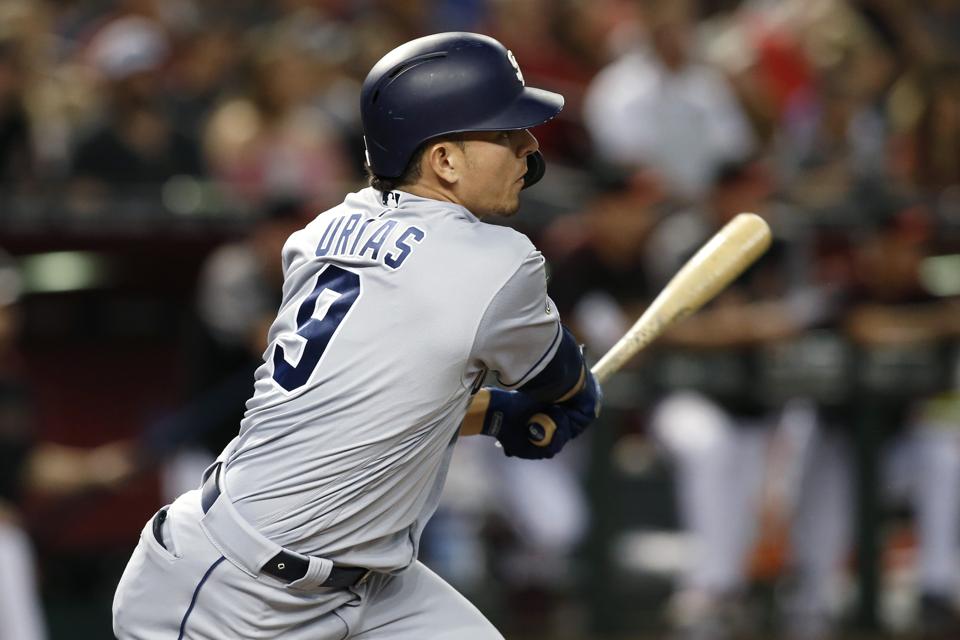 It really doesn’t happen very much any more in the game of baseball. There is so much “tanking” and budget-conscious pseudo-rebuilding going on that a stunningly low number of teams are trying to win in any given season, and those teams rarely make trades with one another.

That’s one reason why it was, dare I say, refreshing to see the Milwaukee Brewers and San Diego Padres engage in an old-fashioned challenge trade earlier this week, with righty starter Zach Davies and outfielder Trent Grisham headed to the Padres in exchange for lefty starter Eric Lauer and middle infielder Luis Urias.

The Brewers are an entrenched contender that has to reinvent itself on an ongoing basis for budgetary reasons, and the Padres are a perennial rebuilder with a boatload of young talent that is anxious to finally play meaningful late-season baseball. Both put valuable young players on the table in an effort to shore up areas of weakness on their respective clubs.

This deal is basically two mini-deals, an unsexy one and its sexier counterpart. Let’s handle them separately and pull it back together at the end.

In this day and age, when less than two starting pitchers per club pitch the 162 innings that qualify you for the ERA title, pitchers who can give you that kind of bulk with league average quality are quite valuable. Both Davies and Lauer are that type of pitcher.

At first glance, mainstream statistics would seem to suggest that Davies has been the better pitcher. A deeper look reveals otherwise.

Regular readers here are familiar with the concept of “Tru” ERA-. It is a batted ball-based metric that takes all batted balls allowed by a pitcher and applies league average production to each exit speed/launch angle “bucket” (resulting in a pitcher’s Adjusted Contact Score). Add back their Ks and BBs, and the pitcher’s “Tru” ERA- is derived, with 100 equal to league average, the lower the number the better.

He lacks a notable go-to batted-ball tendency (except for a negative one, a propensity to allow line drives), and his K and BB rates have been moving in the wrong directions since his peak year in 2016, when he posted an 86 “Tru” ERA-. He has always managed batted-ball authority fairly well, though his Adjusted Contact Scores have trended upward slightly, from 92 to 94 to 104 in 2016, 2017 and 2019.

He lacks a true out pitch and has very little margin for error on a batter-to-batter basis. Once the third time in the order rolls around, he’s about out of bullets. Davies was a nice acquisition for the Brewers, and he paid for himself many times over in his pre-arb years and first arbitration season. He’s now in his second arb year, slated to make about $5M.

Lauer is in some ways the lefty version of Davies, but is trending in a more positive direction. He has one discernible batted-ball tendency; he has evolved into a fairly prolific pop up generator. His 4.5% pop up rate was over a full standard deviation above the NL average in 2019. On the negative side, he has not managed batted-ball authority as well as Davies.

His K and BB rates, however, have both been trending in a positive direction. His actual ERA of 4.45 was quite a bit higher than Davies’ in 2019, but his “Tru” ERA of 4.29 (98 “Tru”-) was much better. He is the definition of a league average starter, an exactly league average contact manager (100 Adjusted Contact Score in 2019), with league average K/BB skills.

Oh, and Lauer isn’t even arbitration-eligible yet; he won’t be until 2021. So the Brewers are getting a better, cheaper pitcher with more years of control, and are getting the lefty, a rarer commodity. Advantage Brew Crew.

Each year, I compile an ordered list of top minor league position player prospects, based on performance and age relative to league and level. I take the ordering with a grain of salt, as it totally statistically based and doesn’t take defensive position or proficiency into account. In reality, it is a master follow list, a takeoff point from which more traditional scouting techniques can be applied.

Still, since I’ve been developing these lists since the early 1990s, these historical prospect rankings can result in interesting comparisons within and across eras.

There are two reasons that is almost unthinkable; one is good, the other not so much. First, it’s very rare for a middle infield prospect to rank that high without some sort of contextual positional adjustment. For a frame of reference, Derek Jeter, about as good a non-power hitting SS prospect as there ever was, ranked #35, #16 and #21 in his three minor league seasons.

On the other hand, most players who rank so high get to the majors and stay there in less than five minor league seasons. Urias hasn’t been able to do so.

Neither Grisham nor Urias has been in the majors long enough for meaningful batted-ball analysis to be performed, but there is one thing I’m fully comfortable saying – they’ve been basically the same guy to date.

The overall average exit velocity edge goes to Grisham narrowly, by 87.6 to 86.7 MPH. On fly balls and liners combined, they’re deadlocked at 91.0 MPH, and Urias has the narrowest of grounder authority edges at 83.8 to 83.6 MPH. Grisham has posted the higher average launch angle, by 16.0 to 9.5 degrees, but I actually like Urias’ standing in that regard, as he has more room to grow.

Bring it all together and you have similar hitters, with Grisham showing a bit more present juice, but Urias playing a position where offense is much more scarce. I was a bit surprised to see the Brewers move Grisham, as he seemed a natural fit to take over for Ryan Braun when his contract expires after the 2020 season. If you can get a shortstop with Urias’ pedigree and six years of control, however, plans can change.

The closest comp among active major leaguers to Grisham’s track record on my minor league list belongs to Avisail Garcia (#260, #269, #286, #64, #6 from 2009-13). That’s about how I see Grisham, as an upside guy who will most likely fit in as a league average outfield performer.

The closest comp among active major leaguers to Urias’ track record on my minor league list belongs to Willy Adames, ironically another Tiger prospect who wound up on the Rays. He ranked #36, #37, #28, #45, #101 from 2014-18. The Brewers will take the next Willy Adames.

What does this mean for incumbent Brewer shortstop Orlando Arcia, who by the way ranked #173, #52, #34, #165 on my list from 2013-16? He’s had ample opportunity to prove himself offensively, and simply hasn’t developed. He’s arb-eligible for the first time this off-season, and will begin to cost the Brewers real money.

Arcia’s long-term prognosis wasn’t all that different from Urias’ at a similar career stage; he had perhaps a bit more power potential with a slightly lesser hit tool than Urias. A small-market team like the Brewers simply can’t hang their hat on a player like Arcia indefinitely, and the added competition could serve to make both guys better, with the loser of the starting shortstop battle sliding into the utility role vacated by Hernan Perez.

In Urias the Brewers are getting a player with a much higher floor than and a similar ceiling to Grisham. Most importantly, they’re trading a much more fungible position, corner outfield, for a commodity rarely available on the trade market, a major league-ready starting shortstop. The only way the Padres win this segment of the trade is if Grisham really hits and Urias doesn’t at all, a low-probability occurrence.

From this vantage point, the Brewers win both parts of the trade, while the Padres can withstand the loss of Urias thanks to the presence of the superior Fernando Tatis, Jr., at the same position, making it a tenable swap from their perspective.

Since David Stearns has arrived in Milwaukee, he’s made at least one really good move per offseason, from the Christian Yelich trade to the Lorenzo Cain and Yasmani Grandal free agent signings, just to name a few. This has a chance to be his latest master stroke.