Home Finance Brexit: Are We Nearly There?
Finance 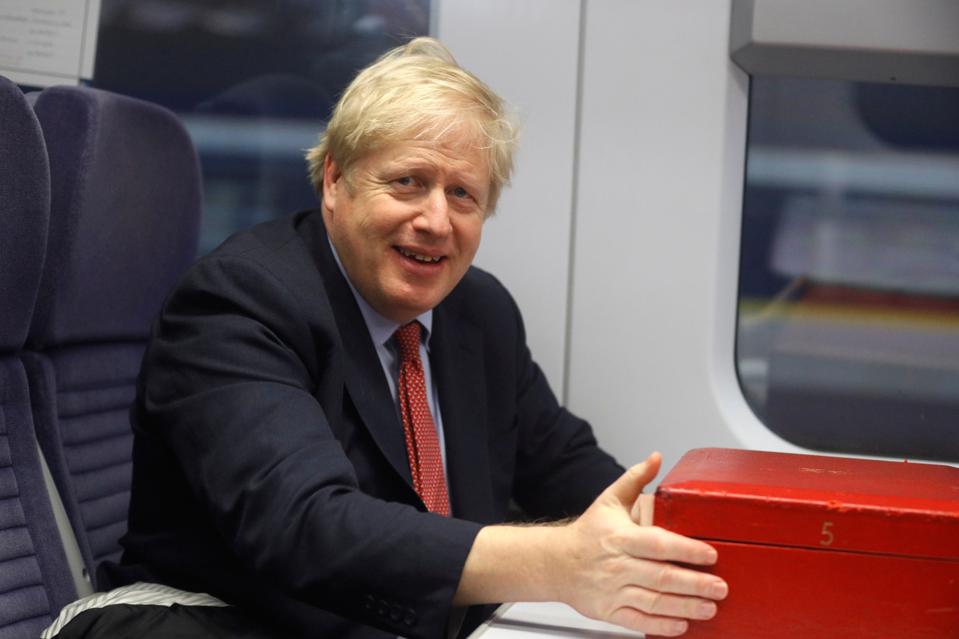 You have to give it to Boris Johnson. He performed a Houdini escape by bringing a general election to pass.

He actually managed to line up a generation of politicians to commit political suicide by agreeing to go to the polls. I am told I underestimated just how fed-up Westminster MPs had become with the Brexit/parliamentary paralysis and you can see by the retirements of so many established names across the spectrum of British politics that it was indeed the case that many representatives had lost the will to fight the leave/remain war any longer.

The election has ceded victory to Brexiteers and the best the Remainers can hope for is a so-called “BRINO” (Brexit in name only).

As the “Brexit” deal is not much different from the original agreed by Teressa May it won’t please anybody, a typically British compromise.

However, it is not over yet.

It could be that Remainers have now resigned themselves to Brexit and will shuffle off into the night, but when so much of the infrastructure of power in the U.K. are Remainers, it would be striking that some will not fight to the last.

We will see. First the Tories must win the election and the bookies odds are 71% for a conservative majority (1.4 digital odds, call it 1/2 odds on)

As such, it seems impossible that Brexit will not go ahead, with a freshly minted Conservative majority lead by an architect of the leave campaign, the most charismatic Tory leader since Thatcher.

But enough of politics, what will it do for the stock market?

To an extent much of the Brexit damage is done. You can get a snapshot of that damage by looking at Dublin, a city undergoing a swamping by the giants of Silicon Valley, who are now landing in Ireland instead of the U.K. to build out their European bridgeheads.

It is hard to imagine that the city of London, a 15%-20% of U.K. GDP, can do anything but ossify as its relevance to Europe evaporates and Paris, Frankfurt and Dublin osmotes its business away. The London financial center will hollow out quickly.

It seems unlikely that the U.K. will get its European cake and eat it, so it really will be a moment of truth for Great Britain as a whole.

Left unminded, a long period of economic disaster would be sure to follow.

There will be a giant stimulus for the U.K. economy from government.

If there isn’t one, then the U.K. will fall off the map but as there is no alternative there will be one and the U.K. can afford one.

Luckily the Conservative Party government has been running a tight economic ship for years. Its deficit is currently 1.5% of GDP, in comparison to the U.S. deficit of 4.7%. For comparison China’s deficit is about the same, somewhere just below 5% of GDP. That kind of deficit is heady, but would give an aggressive U.K. government a warchest of around £100 billion to keep the U.K. economy spinning into depression yet it would still leave the U.K. with a scale of deficit in line with the top two economies of the world.

The Bank of England will also be perfectly capable of QEing all comers as well, so the U.K. has and will likely use a lot of fiscal and monetary policy to smooth out the shock of the U.K. degrading its relationship with its largest overseas market.

This stimulus will slingshot the FTSE index like the Trump election victory rocketed the Dow.

The FTSE 100 has been a sick puppy for a generation, and this just might be the moment it will rise from its boggy mire and at last ascend.

The FTSE has gone nowhere in 20 years, and a stimulus is highly likely to flow directly in the sorts of carry trades that have driven the U.S. markets for so long. 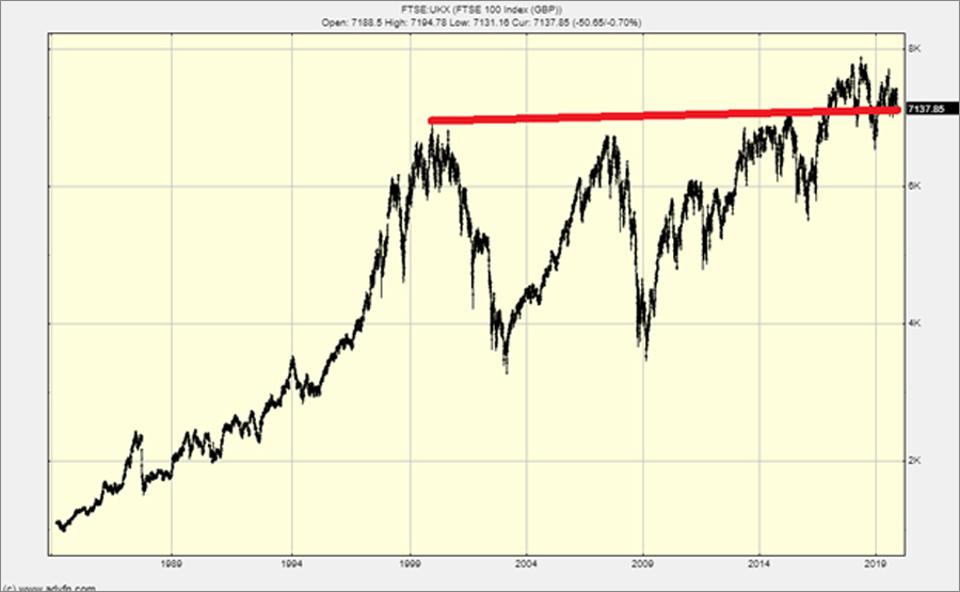 The FTSE has gone nowhere in 20 years

An old joke of stock market traders used to be that every instrument that was languishing was in fact a “coiled spring” just waiting for a little jolt to explode into action. They never would.

Yet to me the FTSE is a real coiled spring. The index is undervalued by at least 50%. The dividends of the FTSE mean that as an index it pays between 4%-5% on average, the kind of return that would seem insanely high in the U.S. It is high because U.K. stocks are so low and in a zero percent interest rate world such yield is even more crazy.

Can this picture grind on in the face of a large post Brexit stimulus? I think not.

While the Conservatives may well not blow an extra £100 billion a year on a wild spending spree—it’s not really in their DNA—and the Bank of England might not suddenly bring in Mario Draghi as Mark Carney’s replacement to buy all the bonds, the capacity and capability is there to do so.

There also seems to be the vision and daring in the Conservative leadership to push the U.K. away from the old path of Britain becoming a gentile region of Europe. It will take a huge effort and a massive gamble but there appears to be the will to take it.

We will know soon enough, but to me investors should be risk on, because that will match the oncoming environment where the rewards will go to the active.

In 2018, Chambers won Journalist of the Year in the Business Market Commentary category in the State Street U.K. Institutional Press Awards.

The Next Generation Of Banking Consumers Are Baby...

Here’s A Look At The Impact Of Coronavirus...