Breaking
No, There Isn’t A Black Hole At The...
The Fed Could Be Repeating This Key Mistake...
Japanese Lawmaker Becomes Billionaire By Selling E-Signature Services...
4 Tips For Attracting Your First ‘Dream Client’...
Want To Generate More Sales This Holiday Season?...
Your ‘Harvest Moon’ Moment Is An Illusion: Why...
Google Meet’s Unlimited Calling Will Continue To Be...
The Need For Speed-Is Quantum Computing A Good...
Stock Market Crash: The End Game Approaches
Best Video Conferencing Software
House Democrats Debate Bill To Allow Student Loan...
For These Indigenous Artists “Land Back” Is Both...
The Current Tech Stock “Bubble” Reflects Pessimism, Not...
A Look At What’s Inside House Democrats’ New...
Page Authority 2.0: An Update on Testing and...
How Public Health Experts Are Harnessing The Power...
Home Business Brexit Happens Next Month, But Auto Investment Requires Some Clarity
Business

Brexit Happens Next Month, But Auto Investment Requires Some Clarity 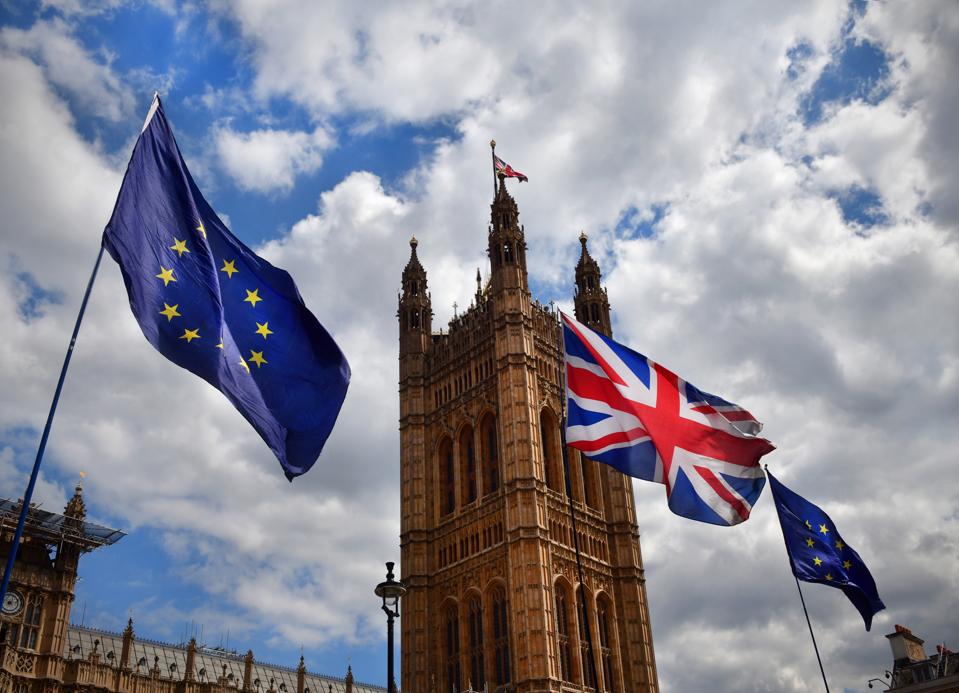 Automotive manufacturers operating in Britain were relieved that the Conservative Party’s victory at the election on December 12 indicated that the long controversy over Brexit might end soon, although they probably would have preferred a so-called “hung-parliament” which might well have killed off the controversial project.

News Tuesday that Britain will pass a law saying it won’t allow talks with the European free trade deal to drag on past the deadline of December 31, 2020 didn’t worry the industry too much because many had assumed the government already planned to do that.

A “hung-parliament” would have meant that no party had overall control of Parliament, and could have finished off the plan for Britain to leave the EU, which gained approval at a referendum in 2016. The referendum vote had been blocked by Parliament, and the election called for last week was won by the Conservative Party running on a “Get Brexit done” slogan. 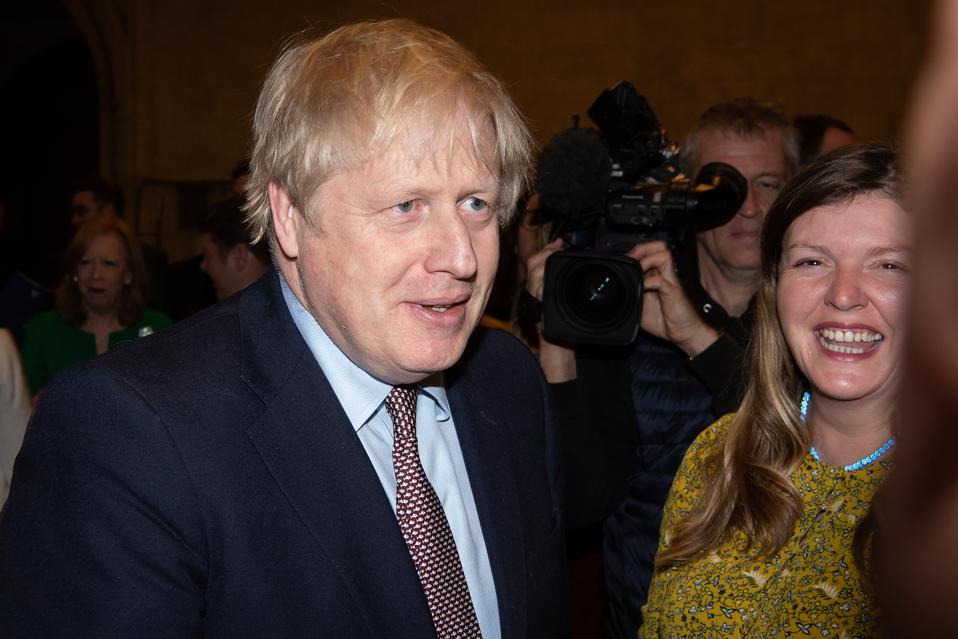 The automotive industry worries that when Britain leaves the EU, its current free trade access to European markets will be disrupted, and the free movement of components back and forth along complex supply chains will be slowed or blocked, ruining the finely turned economics of their operations.

That view is countered by some experts who point out a huge section of the industry successfully and profitably makes and sells vehicles outside the EU free trade zone. And counter-intuitively, many countries, the U.S. for example, have a more successful record of selling into the EU over a 20-year period with a 10% tariff, than Britain has from inside the free trade zone.

Fitch Solutions Macro Research welcomed the fact a clear path was being mapped to finally leave the EU, which means Britain will formally leave on January 31, 2020, with an 11-month period to negotiate a free-trade deal while continuing with the current one.

Fitch Solutions pointed out that the long impasse over the Brexit issue had led to many manufacturers postponing or cancelling investment, and that this wouldn’t be reignited until the long-term direction of the industry in Britain had been re-established. 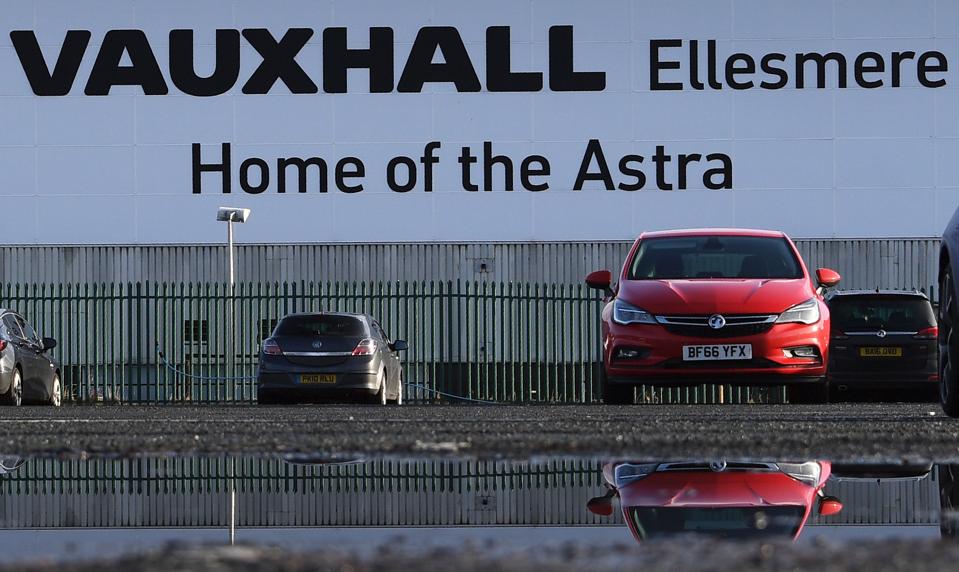 Cars are pictured in the the car park at Vauxhall’s production plant in Ellesmere Port, in Cheshire, … [+] north-west England, (Photo credit PAUL ELLIS/AFP via Getty Images)

“There are carmakers waiting for concrete details on future trade to make decisions over their U.K. operations, such as PSA Groupe, which has said the future of its Vauxhall plant in the U.K. depends on favorable Brexit conditions. With this in mind, any delays to a long-term trade deal would pose considerable risk to the production side of the industry,” Fitch Solutions said in a report.

The automotive consultancy ICDP welcomed what it called the first clarity about Brexit in more than three years as the U.K. will now definitely be leaving the EU, but it also opened up a new phase of uncertainty as the negotiations between Britain and the EU were likely to be complicated. The ICDP said in a report, published before the British government said it would legislate to stop an extension of the talks, that there probably would be extensions to the transition period.

This is likely to be true because even if the British government says there will no extension, the EU might not go along with that. And if a short extension of hours or days was required, it seems unlikely the U.K. would call the whole thing off.

The ICDP also expected a delay before any serious manufacturing investment was resumed.

“Manufacturers considering their investments in the U.K. will have no choice but to play safe and put their money elsewhere, and the uncertainty will feed in the general economy, …… so that the car market itself will be held back at a time when it needs confidence to invest,” the ICDP said.

Consultancy Capgemini was loathe to speculate on how the saga would end.

“There are so many unanswered questions. Will Brexit have a major impact on the economy? How will consumers react; will there be a drawback in consumer spend? It’s not possible to comment at this stage; there are so many factors that could play in this new situation that it would be pure speculation,” said Capgemini Global Automotive Lead Markus Winkler, speaking before the British government announced it would not allow an extension of talks with the EU.

Currently, Britain hosts big car factories from Toyota and Nissan, while Honda has announced it was pulling out in 2021. There is Jaguar Land Rover and BMW’s Mini and Rolls Royce. Vauxhall, now a part of PSA Groupe, operates a big plant at Ellesmere Port, near Liverpool. There are also specialist vehicle makers like VW’s Bentley, McLaren, and Lotus.

The Startup War For Talent: Are Returnships Part Of The Solution?

How Small Businesses Can Avoid An Accounting Horror Show