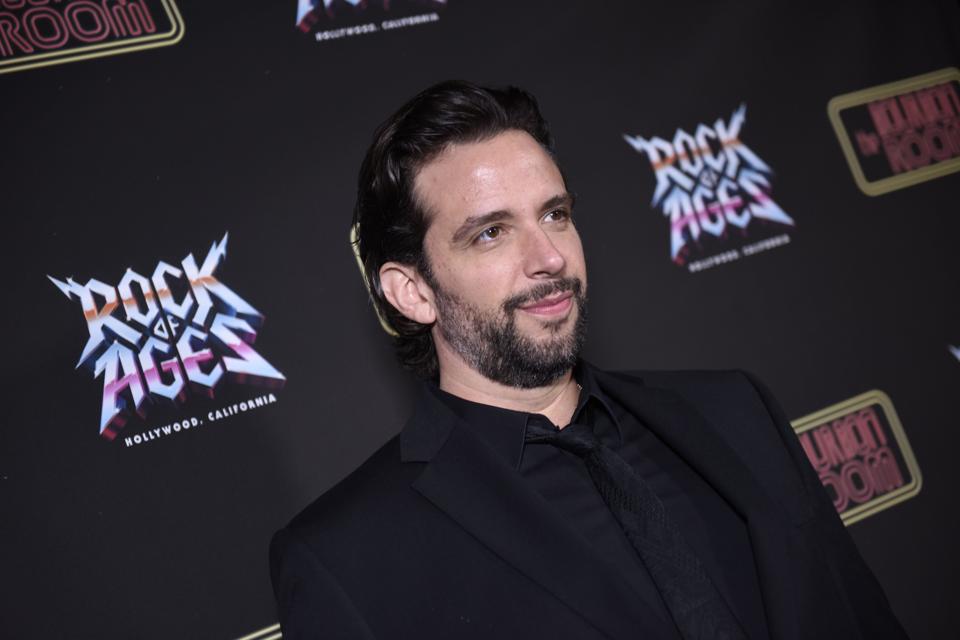 Broadway star Nick Cordero passed away on Sunday after a three month struggle with Covid-19 and its … [+] complciations. He was 41. (Photo by Vivien Killilea/Getty Images for Rock of Ages Hollywood)

After a three-month battle against Covid-19 and its complications, Broadway star Nick Cordero has succumbed. He was 41.

His wife, Amanda Kloots, shared the sad news on Sunday on Instagram:

In the message accompanying the post, she started off by saying: “God has another angel in heaven now. My darling husband passed away this morning. He was surrounded in love by his family, singing and praying as he gently left this earth.”

Kloots, who is a former Broadway dancer and Radio City Rockette and now a celebrity trainer, also wrote: “To Nicks extraordinary doctor, Dr. David Ng, you were my positive doctor! There are not many doctors like you. Kind, smart, compassionate, assertive and always eager to listen to my crazy ideas or call yet another doctor for me for a second opinion. You’re a diamond in the rough.”

Kloots and Cordero got married in 2017. Here’s an Inside Edition segment showing their first wedding dance:

Cordero had starred as Cheech in the Broadway musical Bullets Over Broadway for which he was nominated for the Tony Award for Best Featured Actor in 2014. He also was in Broadway productions of Waitress and A Bronx Tale. Cordero made it to television as well, which included a role on the CBS television show Blue Bloods.

In this CBS This Morning segment, Kloots described how Cordero’s Covid-19 ordeal started with only one symptom, extreme fatigue, in late March:

As you can see, they didn’t suspect Covid-19 initially because he didn’t have a fever or respiratory symptoms at the time. During an urgent care visit, Cordero received a diagnosis of pneumonia and a prescription for antibiotics without being tested for the Covid-19 coronavirus. Remember back then it was believed that fever, cough, and shortness of breath were the key symptoms of Covid-19. However, in the days after the urgent care visit, Cordero began having breathing problems.

Kloots described how quickly Cordero’s condition worsened and how he was diagnosed with Covid-19 and admitted to the intensive care unit (ICU) at Cedar Sinai Medical Center in Los Angeles, California. The Covid-19 coronavirus infection of his lungs sent him into respiratory failure. In addition to being placed a ventilator, he had to subsequently undergo dialysis and extracorporeal membrane oxygenation (ECMO). In April, blood clots led to his right leg amputated due to blood clots. His lungs eventually became so badly damaged that he would have required a double lung transplant had he survived. Kloots continued to relay Cordero’s health struggles on social media and many used the hashtag #wakeupnick to send Cordero messages and videos of encouragement.

However, after a 95-day struggle, Cordero passed away, surrounded by his wife and family. His death adds to the growing Covid-19 death toll that has already reached at least 129, 947 in the U.S., according to the Johns Hopkins University Coronavirus Resource Center web site.

Cordero’s death is yet another reminder that the Covid-19 coronavirus is not “harmless.” His death at age 41 is another reminder that Covid-19 doesn’t just affect those who are much older or are already ill with other medical problems. It is time to stop this nonsense about trying to minimize or downplay the impact of the pandemic. It is time to stop resisting public health measures such as mask-wearing and social distancing that could slow the spread of the Covid-19 coronavirus and save lives.

Here Comes The Stock Market News We All Crave