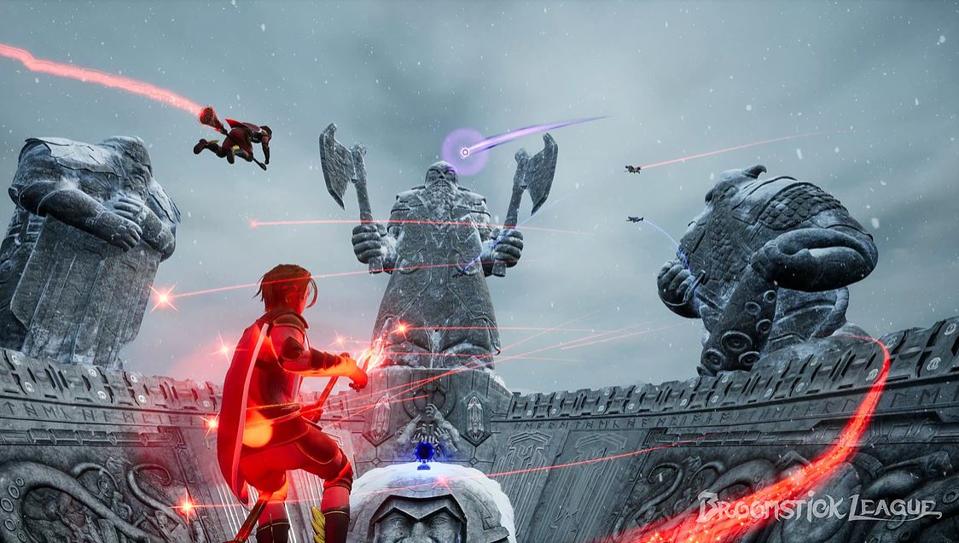 I’ll say this about Broomstick League: it is not shy about its influences. Nor should it be, because the straightforward approach certainly seems to have worked so far. This new game, which we first saw in a trailer last year, is Quidditch meets Rocket League, an attempt to marry the competitive action of car soccer with the childhood fantasy of broomstick rugby. You can’t copyright flying on broomsticks, after all. It looks pretty cool, check it out in the trailer below:

Broomstick League will launch in Early Access on Steam on March 5. Right now it’s in its second beta playtest: there’s still a form to sign up for a beta on the game’s website, but it’s unclear if there’s going to be another one before the game actually launches.

I’m very curious to see how this thing plays. I always wanted to imagine a proper Quidditch video game(we did get one in 2003, but it wasn’t great) but got hung up on two things: the absurd scoring and the three-dimensional movement. It’s no problem to fix the absurd scoring, of course, but the dimensionality is completely core to the experience. In Broomstick League we appear to be working with three-person teams, which definitely makes things easier to follow when compared to a theoretically insane pitch stacked with beaters, chasers, seekers, bludgers, a snitch and a quaffle. Trying to actually imagine Quidditch as a kid always made my head sort of hurt.

This look s a whole lot more manageable, however, and early interest suggests it might have a shot at success. I do feel like we’re in a spot for another competitive phenomenon: Fortnite has sort of stabilized, and Rocket League itself has been doing its thing for a few years now. The time feels sort of right for another fast-paced, session-based game to blow up, and fake Quidditch certainly seems like it has as good a shot as anything else.

We’ll see what happens when the game hits early access. There’s no price yet, so stay tuned on that front.

And The Oscar For Most Inspiring Film Distributor Goes To…

Early Collisions Led To Striking Differences Between Uranus And Neptune