Breaking
Everything You Need to Know About Corporate Social...
Is Adaptive Leadership the Key to Motivating Employees?
Why business events are set to return with...
Business events set to return with a bang!
Expanding Internationally: 5 Things to Consider for eCommerce...
How the Machine Shop Is Going Digital in...
Sustainable Food Packaging Is Helping the Hospitality Sector...
Top 5 Investment Practices To Make More Money...
Managing IT Requirements for SMEs: 5 Aspects that...
How To Build a Successful Luxury Brand In...
Finding The Best Google AdWords Consultant for Your...
8 Top Tips To Help Your Agricultural Business...
Three Reasons Why Office Décor and Design Are...
Looking To Improve Efficiency In Your Business? Here’s...
AI and machine learning for business
How Social Media Changed the World
Home Business BT: We Will Use Tech To Create A New Version Of Disability Soccer
Business

BT: We Will Use Tech To Create A New Version Of Disability Soccer 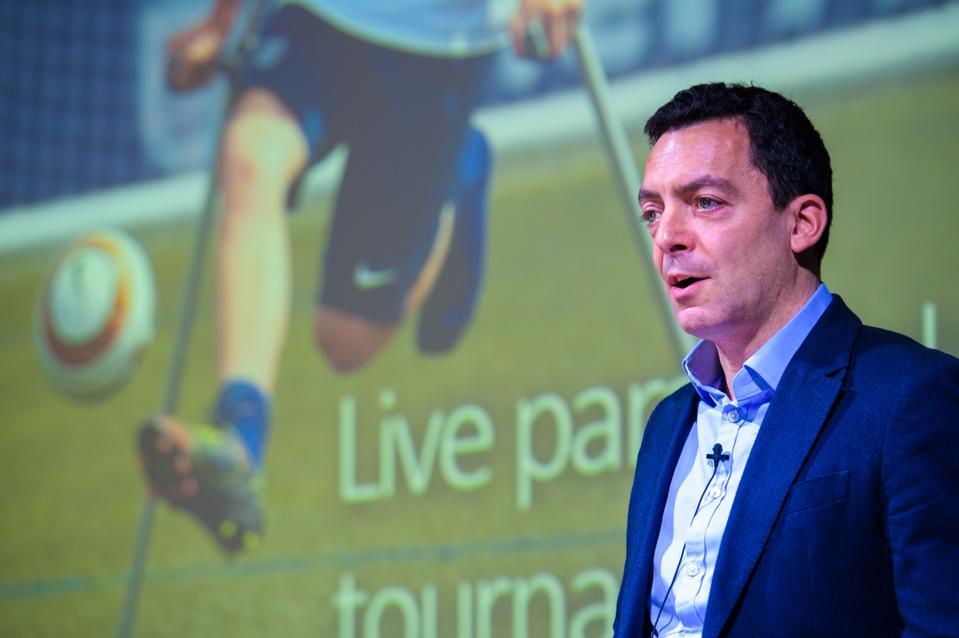 As he announced the company’s wide-ranging partnership with the English, Northern Irish, Scottish and Welsh FAs, BT Consumer CEO Marc Allera said he felt like a soccer manager unveiling a new star signing.

Over the course of the next five years, BT will use its digital and networking capabilities to drive participation levels in all areas of the game and encourage people to become coaches and volunteers.

The FA Playmaker app lets anyone above the age of 14 take an online volunteer course and begin the pathway towards coaching. The aim is to create 100,000 ‘playmakers’ by 2024.

Particular emphasis will be paid to the women’s game and para and disability soccer, with increased coverage on BT Sport as well as initiatives that encourage greater representation in broadcasting.

Representatives from all four Home Nations were also present at the event, detailing how the initiatives would aid their countries and how all four would learn from one another. All were grateful for the external assistance and said it was evidence that sports partnership agreements had evolved from mere sponsorship into something more tangible.

“The women’s game is growing in all four countries at quite a pace so having this support is good for all of us,” said Baroness Sue Campbell, director of women’s soccer at the FA. “The biggest challenge is getting people involved. As the women’s game grows, we will need more volunteers and each club is getting stretched. It’s really important that we strengthen our volunteer workforce. This is a fantastic opportunity for us.”

All of these ambitions are commendable, but the standout announcement was that BT and the home nations would work to create a brand new format of soccer that could be played by those who can’t use their bodies to play.

A new version of soccer

“There is a community of people who can’t play sport and we feel that with the technology, network and innovations of this day and age there is a way to make that happen,” Allera told me in an exclusive interview.

“I think all of us were just blown away by the idea and thought although we had no idea how we’re going to make this happen, it was a great ambition to set. We’ve got the network and innovation [capabilities] and so many partners who can help and then there’s this community who can work with us to make this happen. If we can make it happen, it would be one of the things I’d be most proud of in this whole partnership.

“Everyone is just so excited by [the project] and are keen to help. It’s early stages but things like eye-tracking technology are quite advanced, there are adaptive controllers from the video game industry that are improving accessibility. However, there is still a lot of work to do to make this happen.”

BT’s own research resources will be thrown behind the project and the company will also work with Plexal technology hub and charity Disability UK.

“Sometimes people don’t know they’re sporty [because of the barriers to participation],” Plexal’s Russell Gundry told me, adding that other disabled people felt like they missed out on the social element of sport.

The project is in its early stages and it’s unclear what the final form of the game will be. Thee early suggestions are that it will be a virtualized version of soccer and a prototype could be ready in the next few months. The process will be iterative, meaning the final format could look every different from the prototype.

Ultimately, the ambition is to have an international tournament with all four home nations, allowing previously excluded groups to represent their country.

Rio Ferdinand, a BT Sport pundit and former England captain, is an ambassador for the project and believes more meaningful commercial deals would attract greater support from players who are hard-pressed for their time.

“This isn’t just about money and putting a logo on the shirt,” he said. “When I was playing, these deals were just about sponsorship. This deal is about helping people and communities. Players can help improve visibility and need to be a huge part of it.

“As a player, you’re pulled in all different directions by sponsors, but if you give them visibility on the pathway, the target and how it can change lives, they see how they can make a difference.”

What To Expect From Alibaba’s Earnings & How To Play It?