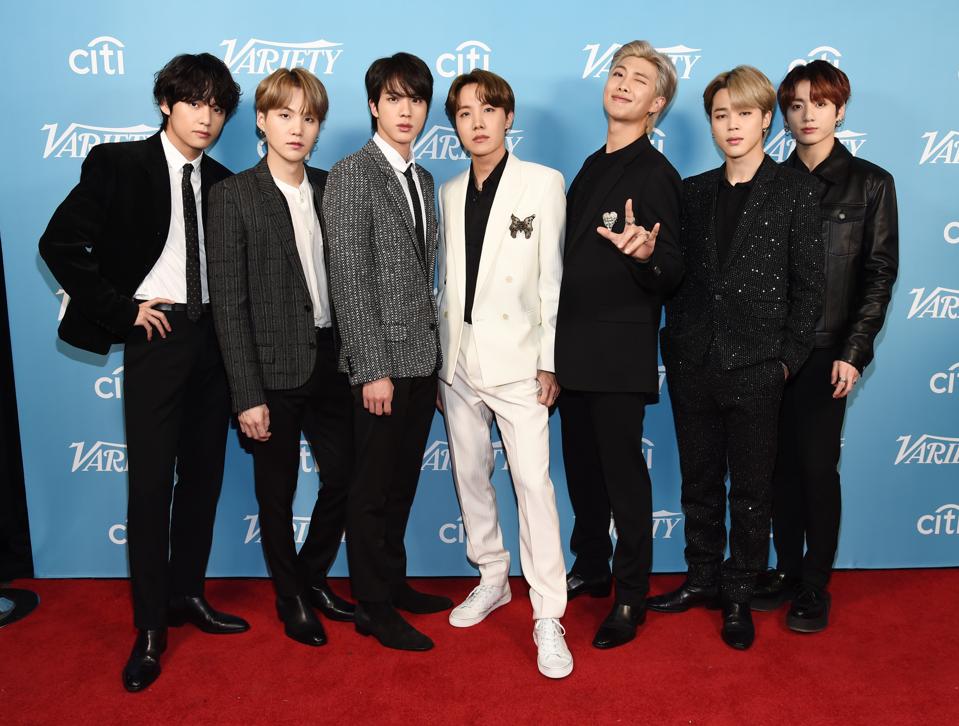 Anybody who has been paying attention to Billboard’s world charts (the weekly rankings of the biggest albums and songs that are classified as “world music”) throughout 2019 shouldn’t be surprised that the name BTS doesn’t just appear on the magazine’s year-end ranking of the bestselling songs, but their near-complete dominance is still incredibly impressive.

The K-pop outfit claims 11 of the 25 spots on the chart company’s list of the best-performing songs on the World Digital Song Sales tally throughout 2019. That’s nearly half of the available real estate, something no act comes close to managing.

Of those 11 placements, three appear in the top 10. Leading the way for BTS is their massively successful single “Boy with Luv,” which features American pop star Halsey. That track ends 2019 as the second-best-performing single, and while that doesn’t necessarily mean it was the second-bestselling (the methodology is a bit more complex than that), it was clearly one of the most-purchased tunes of the year.

A few spots down, BTS’s “Make It Right” comes in at No. 4. That title, already a fan favorite from their recent album Map of the Soul: Persona, was reinvigorated when it was rereleased with new vocals from pop singer Lauv. Rounding out the highest tier on the year-end list is “Dream Glow” with Charli XCX, which was featured on their soundtrack BTS World.

The other eight BTS songs that find space on Billboard’s end-of-2019 World Digital Song Sales chart—“Mic Drop” with Desiigner, “Idol” with Nicki Minaj, “Fake Love,” “A Brand New Day” with Zara Larsson, “Heartbeat,” “All Night” with Juice WRLD, “Lights” and “Mikrokosmos”—appear on a number of different full-lengths the band has shared throughout the years, and they all continued to perform well in the past 12 months.

In addition to the 11 BTS tracks present on the list, one member also appears on his own. J-Hope’s “Chicken Noodle Soup,” which features Becky G, lands at No. 20. Surprisingly, despite the fact that BTS clearly owned the year among “world” groups, they don’t claim the top spot. That honor goes to Israel “IZ” Kamakawiwoʻole’s “Somewhere Over The Rainbow,” which continues to prove itself as a standard and a beloved composition year after year.

Only two other acts, fellow K-pop group Blackpink and Mongolia rock collective The Hu, snag more than one placement on the year-wrapping tally. Both own a pair of positions as 2019 comes to a close.

What Saws, Scissors, And Sharks All Have In...

When An Epidemic Or Black-Swan Event Impacts Your...

‘A Pure Derby’: How The Catalan Press Reacted...