Breaking
Rival Independent ‘Oversight Board’ Formed By Facebook’s Rivals
Meet George The Poet: Spoken Word Artist Partnering...
Parrot Plumage Color May Be Linked To Body...
Best Applicant Tracking Software
Recent Precious Metals Dip A Buying Opportunity
Looking For Venture Capital? Here’s How One 50+...
Trump Will Create More Debt Than Obama
Growing Your Retirement Money Using 401(k) Dollar-Cost Averaging
Wellness Exec Abby Miller Levy Partners With Venture...
Microsoft Teams Issues Strike To Zoom With Tidal...
What’s Coming For The S&P 500 In October
4 Ways You Can Showcase Empathy With Your...
A $22,000 Microsoft Surface Will Soon Be For...
Zooming In – Should SMEs Invest In The...
iOS 14: The Surprising Security Risk Of Sharing...
How A Break From Lord Sugar Changed The...
Home Business BTS And Steve Aoki’s ‘Waste It On Me’ Has Proven To Be One Of The Biggest Dance Hits Of 2018 And 2019
Business 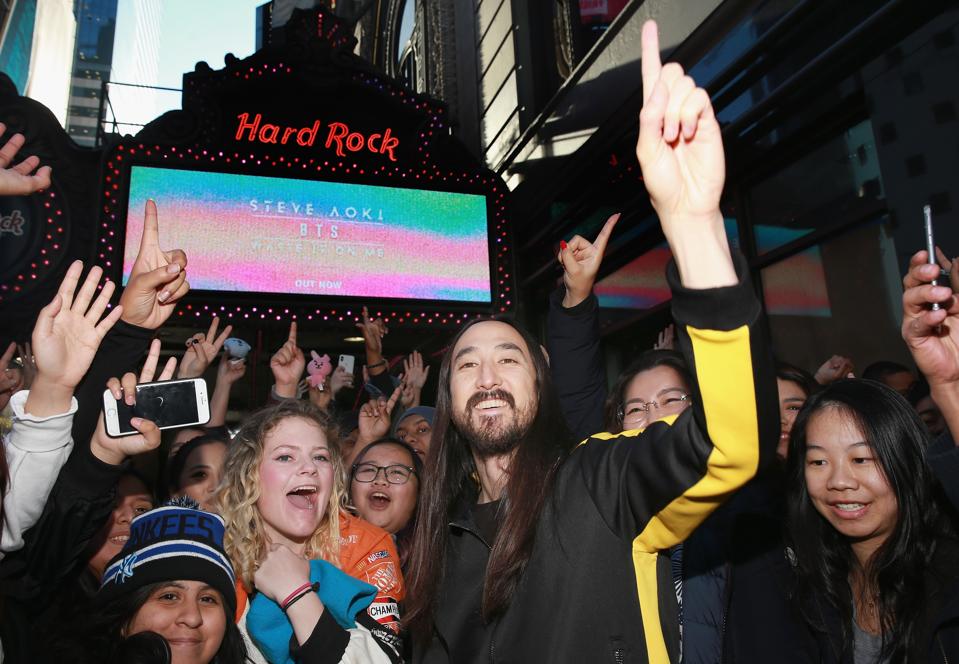 When looking for BTS’s name on Billboard’s year-end rankings of the most successful songs, albums and artists, the group dominates in the world categories, and they controlled the social vertical like no other in 2019. The act also appears on several all-genre lists, but their success in the dance/electronic world seems to have been overlooked, and their longevity with just one hit single is worthy of highlighting.

“Waste It On Me,” the song the septet recorded with EDM powerhouse producer Steve Aoki, is included on more than one year-end ranking, but that’s not what makes its presence special. What is truly impressive is that this is the second year in a row that Billboard named the catchy cut one of the most beloved in the dance field. That feat doesn’t just set them apart from other K-pop acts crafting electronic/dance music, it’s a rare sign of popularity that few artists of any genre can muster.

Last year, “Waste It On Me” was declared the sixty-eighth most successful track on the Hot Dance/Electronic Songs year-end ranking, and it also landed at No. 38 on the end-of-2018 Dance/Electronic Digital Song Sales list. Those placements aren’t as high as Aoki or BTS probably would have liked, but they must be celebrating now, as their track appears once again.

On the newly-released 2019 tallies, the fate of “Waste It On Me” is reversed, as it performs better on the Hot Dance/Electronic Songs year-end ranking than it did last time around, but falls on the just-shared Dance/Electronic Digital Song Sales list. On the former, the electronic pop creation lifts to No. 33, while on the latter it dips to No. 46.

This year, “Waste It On Me” also appears on two other genre-focused rankings: the year-end Dance/Electronic Streaming Songs chart (No. 45) and the Dance/Mix Show Airplay Songs tally (No. 50).

There are plenty of songs that performed better on all of the annual charts mentioned above, but not too many appear on all four tallies, and even fewer found space on even one of them two years running. It does help that “Waste It On Me” was released in October of 2018, meaning it was initially consumed by rabid fans, which helped it wrap that year as a popular cut, but then it ended up being a longstanding favorite, so it continued to sell and stream well throughout the past 12 months, which aided its performance this time around.

It’s unlikely that “Waste It On Me” will be present on any of the year-end tallies Billboard will publish as 2020 comes to a close, but with how popular Aoki and BTS are, and considering how it’s held on, there’s no counting it out completely.

Why Markets Tend To Reverse At Holidays: An Interview With Technical Analyst Tim Ord