Breaking
Can You Settle Your Student Loans Or Negotiate...
How to Use Amazon Attribution For Ad Campaigns
How To Quickly Start And Scale Your Business
Terra Virtua: What NFTs Can Teach Us About...
5 Easy Steps To Prepare Content For E-A-T...
Physical Inactivity Linked To More Severe Covid-19 Infection...
The 2021 Estimated Tax Dilemma: What Tax-Return Pros...
Want To Digitally Transform Your Business? Start With...
How to Optimize Google My Business and Leverage...
Debunking Link Building Myths in 2021
How, When And Where You Can Gaze At...
SBA Opens $16.2 Billion Shuttered Venue Operators Grants...
What are the Essential Features of a Small...
Trends In Executive Recruiting That Will Help You...
The Growing Case For Banning Pesticides Linked To...
The Reopening High – But Long-Term Issues Cloud
Home Music BTS At The Grammys: What Categories Could They Be Nominated In?
Music

BTS At The Grammys: What Categories Could They Be Nominated In? 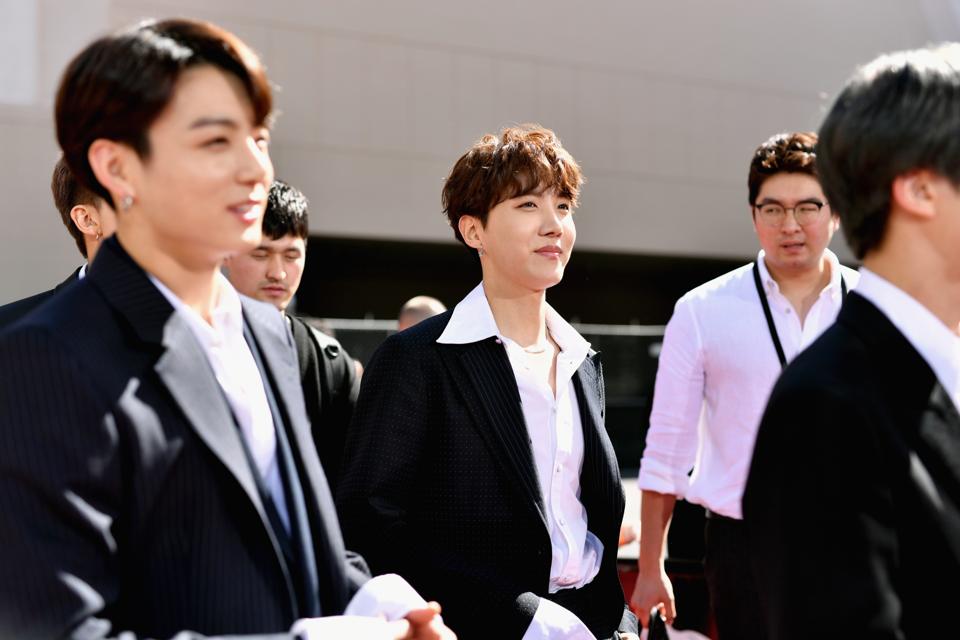 Grammy nominations roll out tomorrow, and while names like Ariana Grande, Halsey, Post Malone and Taylor Swift may dominate the list of potential winners, one Korean act could end up being nominated for the first time as a group…but what categories are they eligible in, and where are they most likely to fit?

Here’s a look at BTS’s possible Grammy nominations for the upcoming ceremony.

While BTS isn’t eligible for Best New Artist (and they haven’t been for some time now), they can compete for the other three of the four major prizes given out at the Grammys: Album, Record and Song of the Year.

Of that bunch, BTS probably stands the greatest chance of being nominated for Record for their hit single “Boy with Luv,” which features pop singer Halsey and which rose all the way to No. 8 on the Hot 100. The track probably won’t be up for Song of the Year, a songwriter’s award, though it’s not impossible. The band’s chart-topping full-length Map of the Soul: Persona could also theoretically nab an Album of the Year spot, but that too seems somewhat unlikely.

BTS probably stands a better chance of actually earning at least one nomination when it comes to genre-specific categories. “Boy with Luv” could fit into Best Pop Duo/Group Performance, and that field is usually a bit less competitive than the pop solo vertical.

Their albums Map of the Soul: Perona and BTS World could be entered into a number of genre-only categories, but it’s likely that the former goes for Best Pop Vocal Album and the latter attempts to snag a nod in Best Compilation Soundtrack for Visual Media (since it is technically a soundtrack). Both could also fit in Best World Music Album, since they are performed primarily in a language other than English.

Depending on how Grammy voters think about them, any number of the singles featured on BTS World could also end up with nominations for Best Song Written for Visual Media, since they were penned for the mobile game. That’s a stretch, as video game music has been traditionally overlooked, and it’s not likely that many voters actually played BTS World.

If the song “Boy with Luv” is eligible for a Grammy, its accompanying video also must be. The clip could wind up with a nomination for Best Music Video, which would honor the group, Halsey, and the director. BTS could also potentially enter one of their full-lengths for Best Music Film, as they’ve had plenty of success with longer videos as well…though there may be some technicalities that keep them out of the running.

As was the case last year, BTS’s albums could be up for Best Recording Package, though if one of their full-lengths does end up being called as a potential winner, it’s unlikely the band themselves will benefit much, as that prize goes to the art directors.

Other technical categories where BTS’s work (if not actually the performers themselves) could be included are Best Album Notes, Best Engineered Album, Non-Classical and Producer of the Year, Non-Classical, which could go to RM, who is credited as a producer on BTS World.

I Need Your Help With Ubersuggest