Breaking
4 Tips For Attracting Your First ‘Dream Client’...
Want To Generate More Sales This Holiday Season?...
Your ‘Harvest Moon’ Moment Is An Illusion: Why...
Google Meet’s Unlimited Calling Will Continue To Be...
The Need For Speed-Is Quantum Computing A Good...
Stock Market Crash: The End Game Approaches
Best Video Conferencing Software
House Democrats Debate Bill To Allow Student Loan...
For These Indigenous Artists “Land Back” Is Both...
The Current Tech Stock “Bubble” Reflects Pessimism, Not...
A Look At What’s Inside House Democrats’ New...
Page Authority 2.0: An Update on Testing and...
How Public Health Experts Are Harnessing The Power...
This Husband And Wife Built A Luxury Brand,...
This Husband & Wife Built A Luxury Brand,...
Luxury Footwear Brand Chelsea Paris Re-Launches And Stays...
Home Business BTS Has Finally Beaten One Of Psy’s Most Impressive Chart Feats
Business 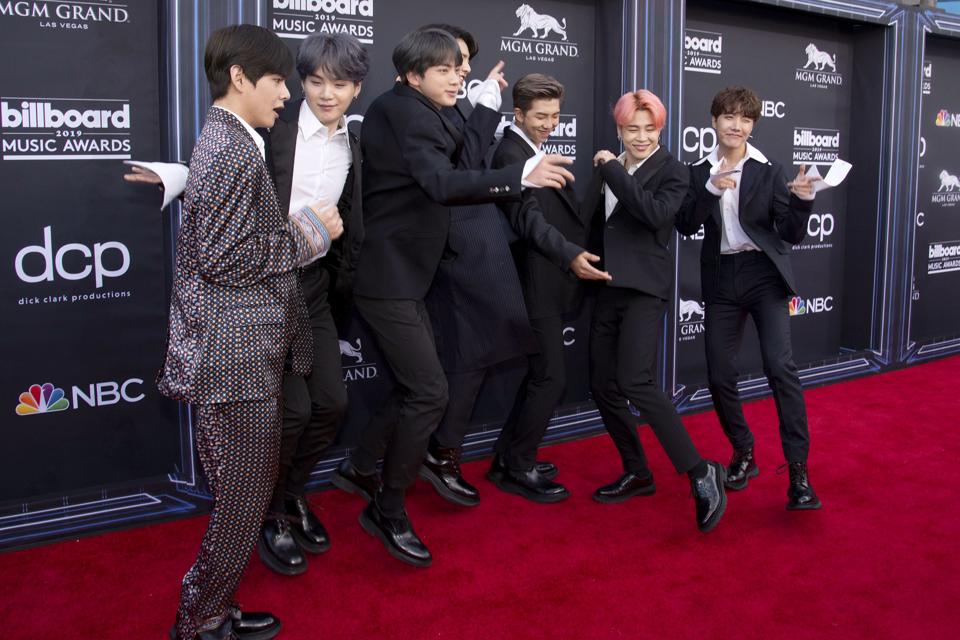 BTS is having a fantastic week on the Hot 100, as their new single “On” debuts on the chart at No. 4 while two other tracks featured on their new full-length also reach the tally, a first among Korean artists. The highest-ranking of the bunch is now their loftiest placement on the list, and its warm welcome in the U.S. has helped the group make history, besting one of the most successful figures from their home country.

“On” is BTS’s third single to break into the Hot 100’s top 10, an accumulation which no other Korean act has managed in the U.S. In landing a third smash, the chart-toppers best the previous record for the most top 10s among Korean artists, which was held by Psy.

Psy broke barriers and helped introduce millions of Americans to K-pop early last decade when his single “Gangnam Style” went viral online and ended up becoming a blockbuster all around the world. It climbed all the way to No. 2 on the Hot 100, setting the bar so high, no Korean musicians have reached it in the years since.

He followed that success up with another, “Gentleman,” which peaked at No. 5, thanks in large part to how much people were still enjoying “Gangnam Style.” For many years, Psy remained the only Korean artist to push two tracks into the Hot 100’s top 10, but that record was matched last year.

BTS became just the second Korean act to reach the highest tier on the all-encompassing list in 2018 with their single “Idol,” which peaked at No. 10. In  2019, they bettered their own best showing with the Halsey-assisted “Boy with Luv,” which rose to No. 8.

Now, with another top 10 hit to their credit, BTS has passed Psy’s career accomplishments and become the first Korean musical act to send a trio of tunes into the highest area on the Hot 100…and they aren’t done. They seem to be able to earn another top 10 any time they have a new album out (or, almost any time), and chances are whenever they deliver the follow-up to Map of the Soul: 7, it too will produce a huge win, perhaps one that lifts even higher than their latest.